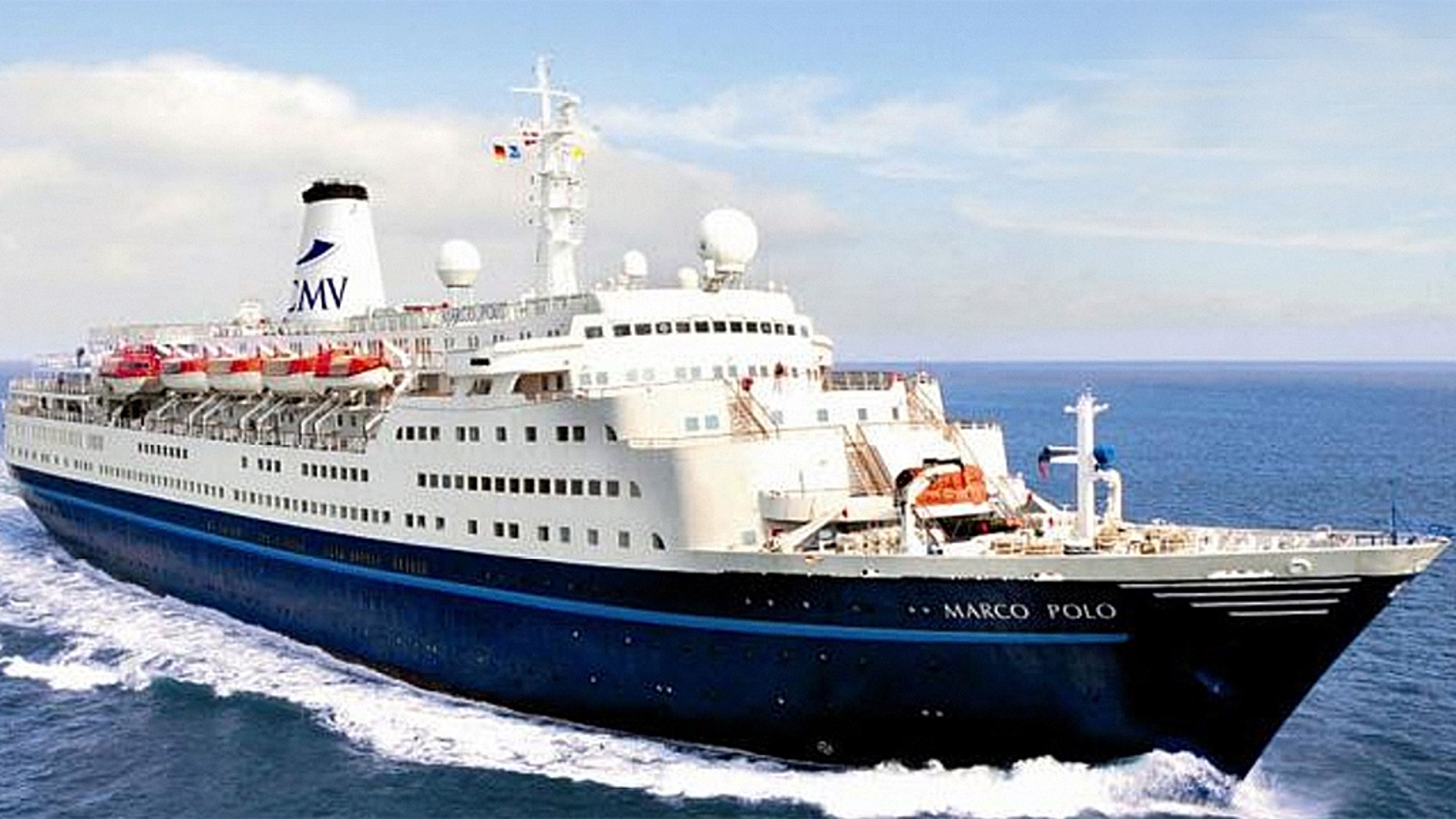 A British couple in their 70s were arrested on Tuesday, Nov. 4, 2018, after authorities found more than 20 pounds of cocaine in their cruise ship cabin onboard Cruise and Maritime Voyages’ Marco Polo cruise ship.
(Global Maritime Group)

A British couple in their 70s was arrested last week after authorities discovered more than 20 pounds of cocaine in their room aboard a cruise ship, Portuguese police said.

The couple, ages 72 and 70, were detained on “suspicion of drug trafficking narcotics,” Sky News reported. Their names were not immediately released. They were aboard the Cruise and Maritime Voyages’ Marco Polo cruise ship that left from Tilbury, United Kingdom on Nov. 5 with 610 passengers onboard.

BODIES OF MISSING ICELANDIC CLIMBERS FOUND 30 YEARS AFTER THEY DISAPPEARED

The two were arrested when the ship docked in Lisbon on Dec. 4, the BBC reported. The UK National Crime Agency reportedly tipped off Portuguese police.

Authorities discovered 20 to 22 pounds of cocaine “ingeniously concealed” in four suitcases, police said in a statement.

The couple is in police custody and the Judicial Police and British police are investigating the incident.

Cruise and Maritime released a statement saying they were cooperating with officials and the company “does not tolerate any criminal activity or anti-social behavior onboard its ships.”