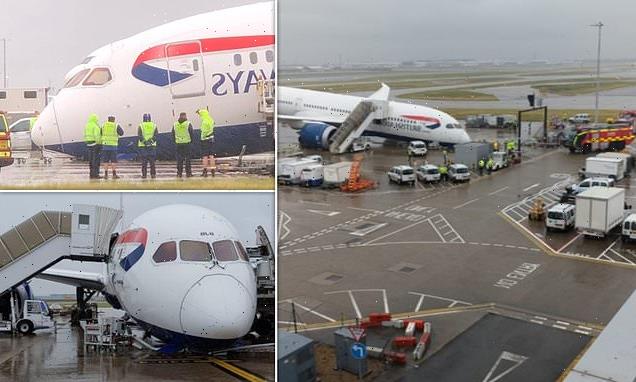 A British Airways plane has suffered a nose gear collapse on the tarmac at Heathrow Airport.

Shocking photos show the Dreamliner 787 with its nose on the ground while a stair car stands by.

Airport emergency crews rushed to the scene with the extent of the damage to the plane not yet known. 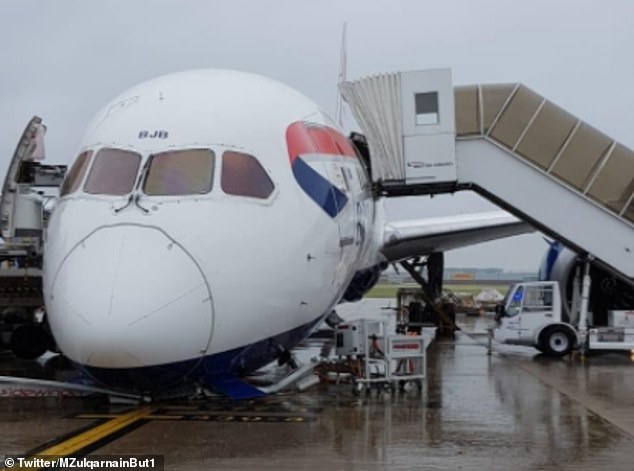 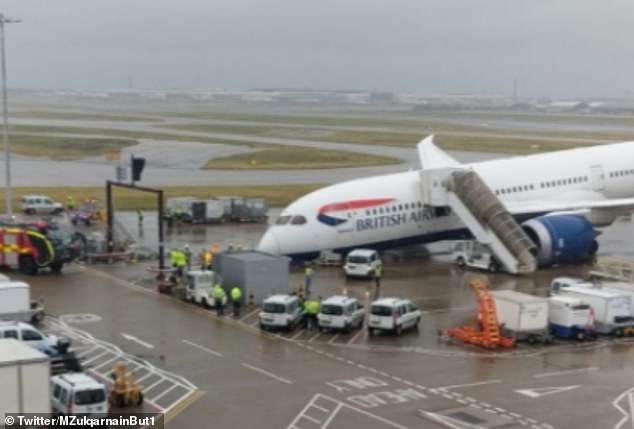 The aircraft is believed to have suffered a front landing gear collapse while at its stand. Luckily because the plane was transporting freight there were no passengers on board

It appears only the front landing gear, underneath the pilot’s cabin, has collapsed, leaving the plane at an angle.

‘Extent of the damage is currently unknown, further details will be reported once available.’ 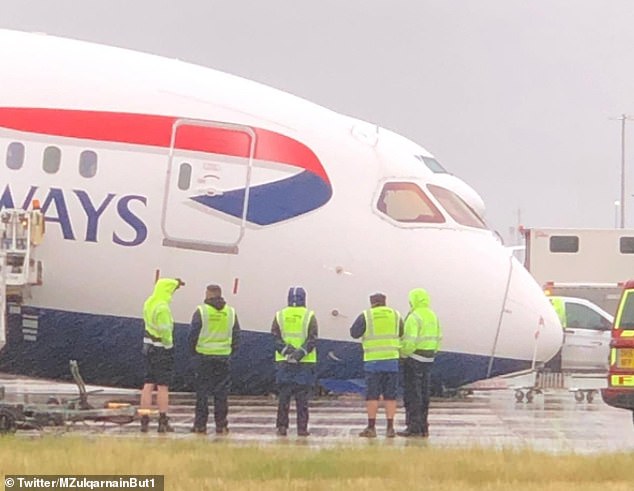 British Airways have confirmed that the aircraft was only transporting freight and so luckily had no passengers on board.

A spokesman for the company said: ‘A freighter aircraft has been damaged while stationary on stand. As a freighter only aircraft there were no passengers on board.

‘Safety is always our highest priority and we are investigating the matter.’

This is a breaking news story.