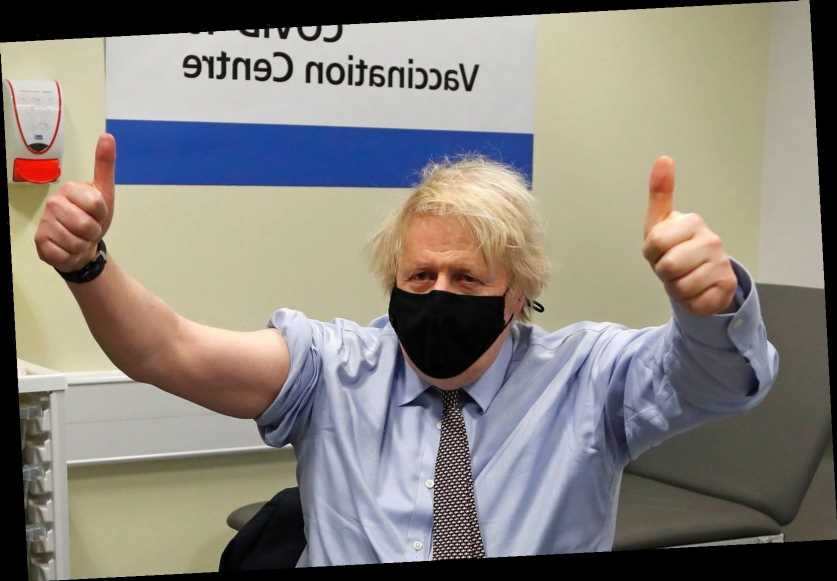 GETTING vaccinated fills most of us with enormous pride in Britain.

The jabs programme still has so far to run, but there is a sense of huge achievement in the combined endeavour of the drugs’ UK inventors, the ­Government and all those NHS medics, admin staff and volunteers. 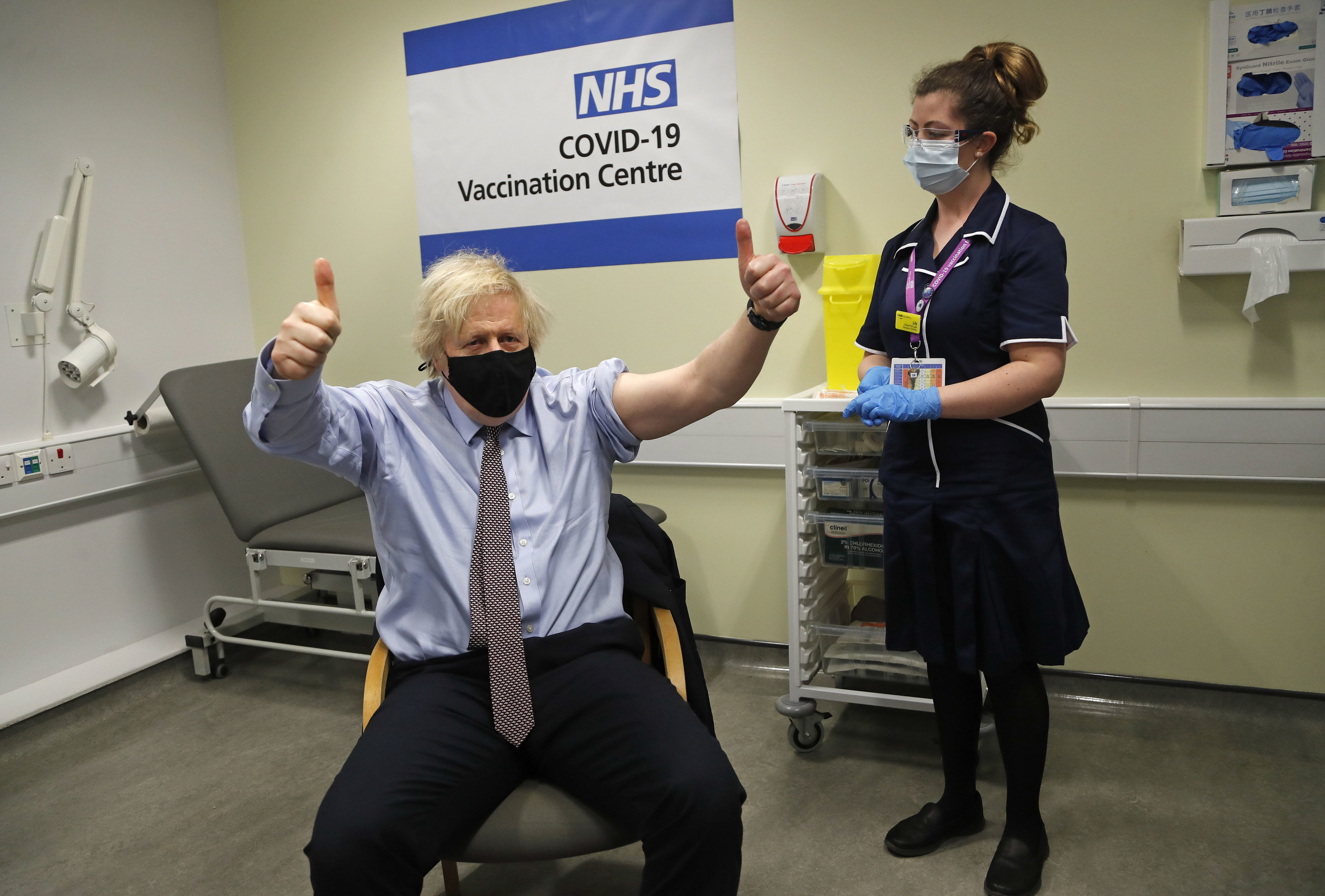 Our vaccination centres are being superbly run, thanks not least to The Sun’s own Jabs Army.

Boris Johnson experienced all this first-hand today when he had his own Oxford shot. As he did so it was revealed we had hit a staggering new daily record of 660,276 doses.

Imagine it: Almost one per cent of the UK population protected in one day.

Our rollout leads the world — and gives us hope of being the first major Western nation to emerge from the Covid hell.

That, and our own mental health, will be helped enormously as rules are torn up next month to allow 9,000 more pubs and restaurants to reopen by throwing up Covid-secure marquees and gazebos to serve punters outdoors.

What unalloyed joy, after the misery of this locked-down winter.

But we feel nothing but sorrow for the luckless citizens of the EU facing a third wave and calamitous new restrictions thanks to their leaders’ jab blunders.

Last month France said the Oxford jab was no good for over-65s. Today it said it was ONLY safe for over-55s.

Every day the fiasco there worsens.

IT has been sickening to be so powerless for so long over deporting foreign criminals as well as rejected asylum seekers.

An army of human rights lawyers has made a fine living using every legal trick in the book on behalf of those with no right to remain here. 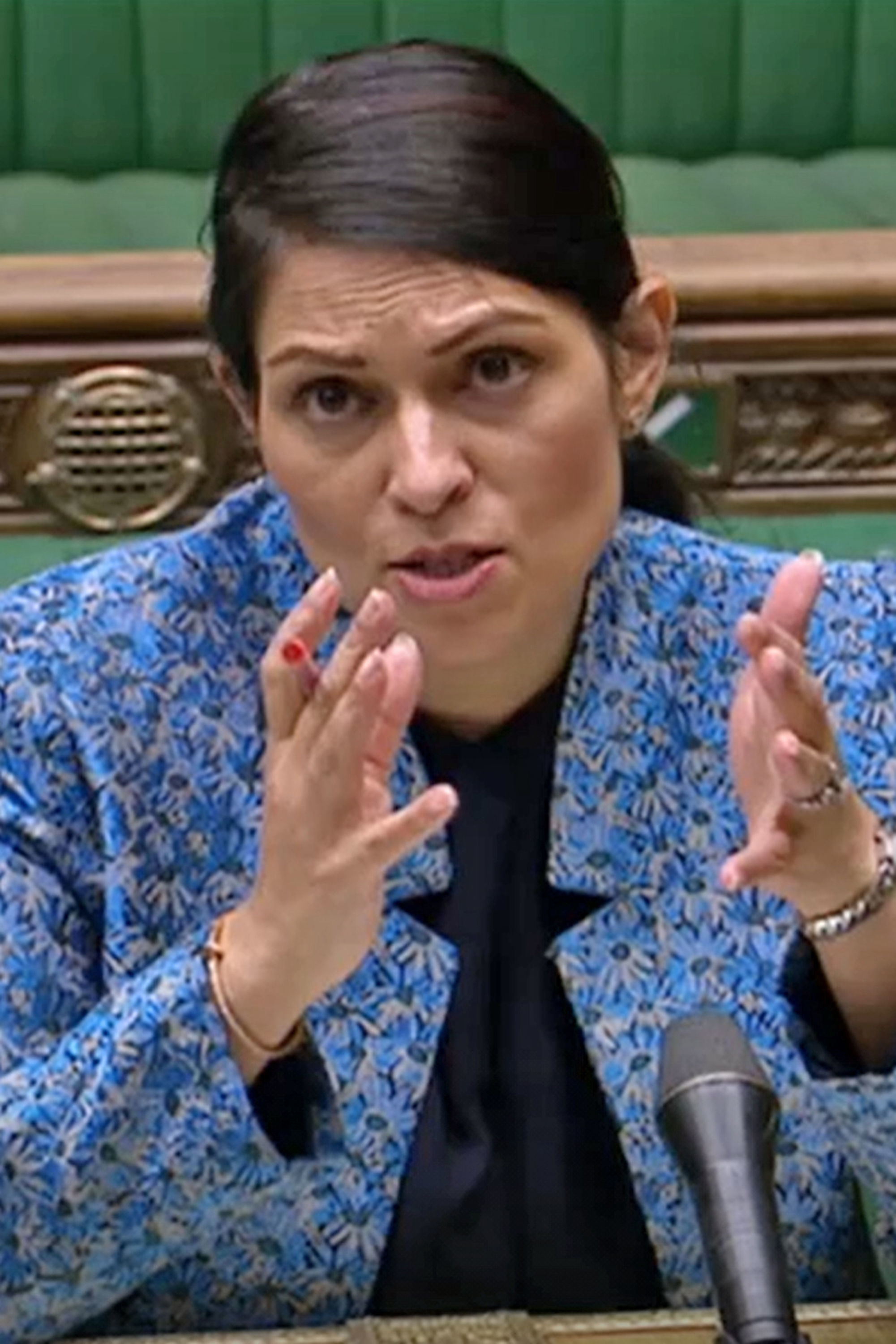 So we warmly welcome Priti Patel taking back control.

No longer will the Home Secretary ­tolerate the abuse of the otherwise admirable Modern Slavery Act. It wasn’t designed as a ruse for terrorists or child-rapists to avoid expulsion.

And the potential for punitive costs ought to dissuade leftie lawyers from bringing asylum cases back again and again even after an applicant has been fairly judged ineligible.

This is not an affront to justice, as the Left will of course claim. Merely an attempt to rebalance a system which has been working for criminals but ­failing the public.

The only wrinkle is this: Can we trust our liberal judges to apply it?

Which is a proud boast. But one thought does pop up.

Is this the drug doing the work?