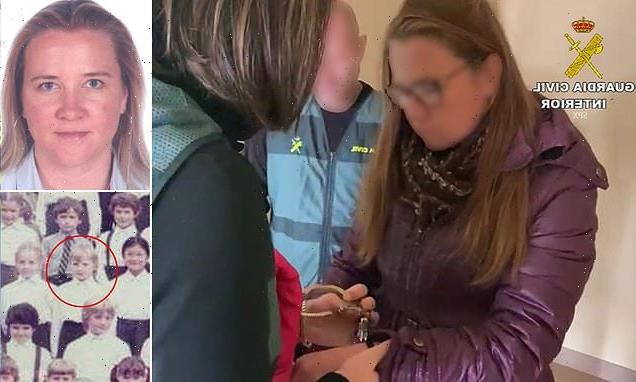 ‘At least I know she’s alive’: Mother of Britain’s ‘most wanted woman’ Sarah Panitzke reveals she hadn’t heard from her daughter for 10 YEARS before she was arrested in Spain over £1BILLION mobile phone VAT fraud

The mother of Britain’s most wanted woman said today ‘at least I know she is alive’ after her daughter was recaptured in Spain.

Widow Pauline Panitzke, 77, refused to comment on the circumstances of Sarah Panitzke’s case but broke years of silence to express her relief she was safe.

Sarah Panitzke, 47, was arrested on Sunday by officers from an elite Madrid-based police unit as she walked her dog near her home in Santa Barbara village, between Barcelona and Valencia.

The property developer’s daughter has been wanted since 2013 over a massive mobile phone VAT fraud in which she played a key role by laundering up to £1billion.

Speaking from her semi detached home in the sleepy village of Market Weighton, East Yorkshire, Pauline said: ‘At least, I know she is safe and well but otherwise no comment.’

It was the first news she had heard from her daughter in ten years on the run, she confirmed.

Sarah’s father Leo died in April 2020 before she was captured, in 2016 when she first became Britain’s ‘most wanted woman’, told the MailOnline it was a ‘shock’.

Mr Panitzke himself was a residential property developer and insurance broker who was arrested when his daughter was 19 for buying council houses and selling them on early for a large profit and was subsequently sentenced to four years in prison. 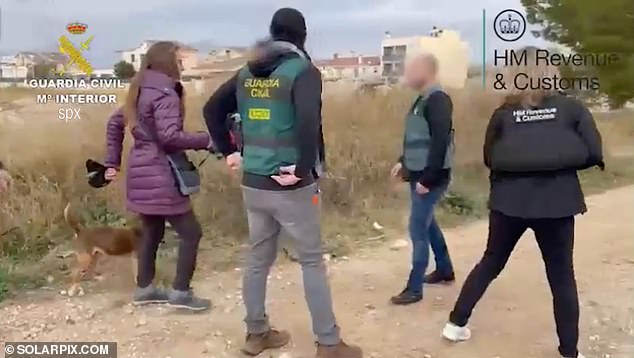 Pauline Panitzke was relieved to find out her daughter Sarah Panitzke, 47, (pictured being arrested) was still alive after being on the run for nearly nine years 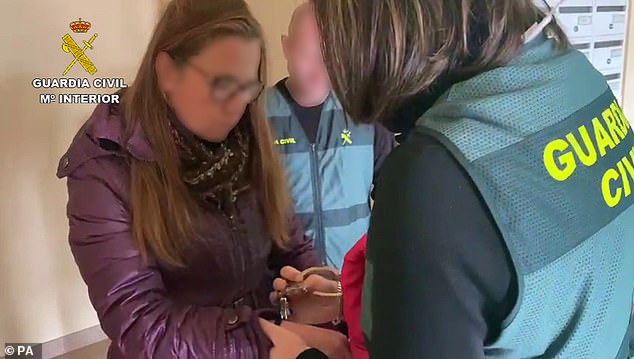 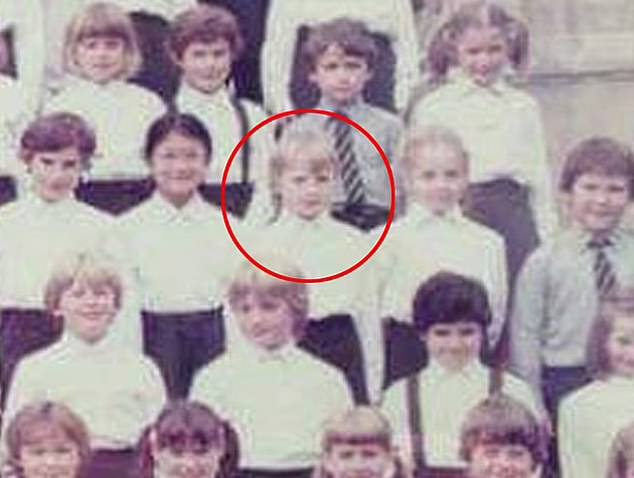 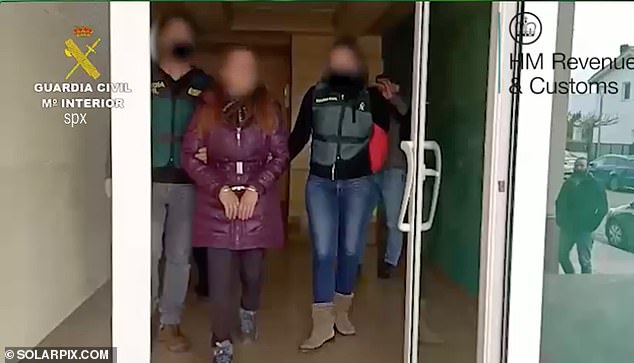 A large-scale operation with undercover officers was put in place to arrest Panitzke, who previously evaded police in 2015

The privately-educated fraudster was part of 16-strong criminal gang that bought mobile phones abroad without VAT then resold them in the UK.

Panitzke was said to have travelled to places like Dubai, Spain and Andorra to ‘clean’ the money the gang had stolen.

Originally from Fulford, near York, Panitzke disappeared in May 2013 before being convicted and sentenced in absentia to eight years behind bars.

She was the last of the gang to be caught, with other members collectively sentenced to 135 years in jail, Britain’s National Crime Agency said.

Panitzke had been recruited into notorious tax criminal Geoffrey Johnson’s web of 18 fraudsters located throughout the UK after meeting an acquaintance.

She was part of a group of companies that bought cheap mobile phones in overseas countries without VAT, then sold them in the UK for a big profit.

UK holidaymakers were asked to help catch the ‘most wanted woman’ from Fulford near York in a recent appeal for information.

She was said to have ‘disappeared into thin air’ after becoming the only woman on the National Crime Agency’s Most Wanted List.

Police said in an appeal in August 2019 she was responsible for laundering approximately one billion pounds. 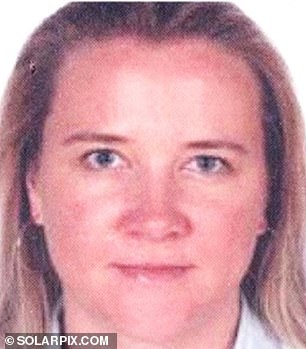 For a long period she was the only woman on the National Crime Agency’s Most Wanted List, with her face described in one recent newspaper article as an ‘anomaly’ alongside those of a fugitive who stabbed and paralyzed his victim with a machete and another who raped a seven year-old girl.

The arrest occurred around 9am on Sunday, well-placed sources said.

Respected Spanish news website El Confidencial, which broke news of Sunday’s arrest on Monday, said she was fighting her forced return to the UK.

Well-placed sources confirmed she had been held on Sunday. The arrest was carried out by the Civil Guard Central Operative Unit’s Fugitive Task Force.

The specialist Madrid-based unit was the same one that arrested Irish fugitive gang boss Gerry ‘The Monk’ Hutch last August near his hideaway in the Costa del Sol resort of Fuengirola.

Panitzke, who went to York College for Girls before moving on to fee-paying St Peter’s School, which is the third oldest in the world, came from a wealthy family.

She is said to have studied ten GCSEs and three A-levels. She studied Spanish at Manchester Metropolitan University before doing a master’s degree in Barcelona in Business Management. 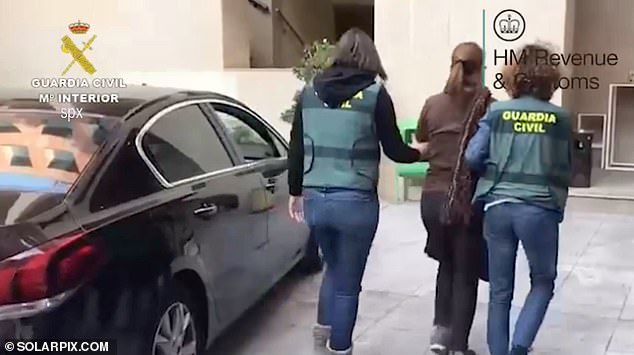 Sarah Panitzke was held in Catalonia on Sunday and is claimed by Spanish authorities to be the only member of a crime gang that remained free, with 16 people already jailed

Operation Vaulter, the codename given to HMRC’s investigation into the fraud gang, led to a trial at Kingston Crown Court.

Her links to Spain were well-known and she is believed to have been allowed to travel to and from her then-home on a gated residential estate in Vilanova i la Geltru where she had been based during her trial.

At the time she was said to have been living in the coastal town with two dogs and a long-term partner and doing ‘front jobs’ as a hotel worker and property investor.

Recent reports said she would face 17 years’ incarceration if caught because her non-payment of a £2.4 million confiscation order meant further time had been added to her prison sentence.

She remained the only member of the 18-strong gang on the run because ringleader Geoffrey Johnson was arrested in Dubai in 2017 and subsequently sentenced to 24 years in prison.

Police described her in their Wanted Appeal as ‘170cm tall, slim build with mousey straight hair, blue eyes and a Yorkshire accent.’

She was the only woman on the National Crime Agency most-wanted list – and had been for most of the eight years she was on the run.

The NCA had said in an earlier appeal: ‘She controlled the company accounts of many companies remotely via different IP addresses.’ 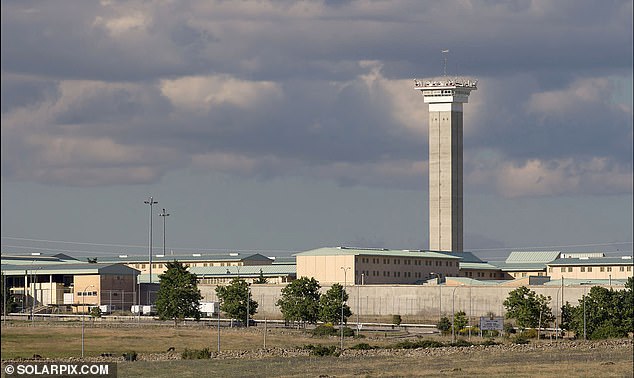 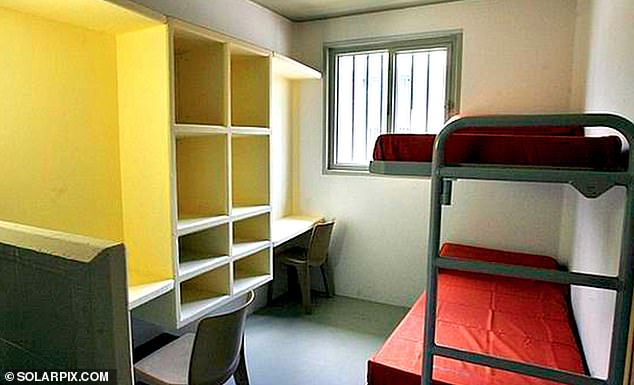 A spokesman for the force, which released pictures and footage of Panitzke’s arrest, said: ‘In 2015 we were able to establish that S.P. was hiding out in Olivella near Barcelona where she was visited by her husband at weekends amid tight security.

‘Those visits were designed to provide the woman who has now been arrested with her basic necessities, as she hardly left her hideout so as not to raise suspicion.’

But during the operation to arrest her, Panitzke managed to detect the police presence, completely change her appearance and escape.

‘From that moment she became a prime objective for investigators, who managed to accumulate a large amount of information about her and put her close circle under constant watch,’ said the Civil Guard.

‘Despite that investigators concluded she had broken off all physical ties with her family in Spain to avoid detection.’

In a statement on the arrest, the Civil Guard added: ‘In February officers received information about her possible presence in Santa Barbara in Tarragona, a small village with around 4,000 inhabitants.

‘A round-the-clock watch was established in the area that lasted several weeks.

‘At the beginning of last week investigators managed to detect a woman whose appearance matched that of the detainee and then established that she lived in a block of apartments on the outskirts of the locality.

‘Given what had happened in 2015, a large-scale operation with undercover officers was put in place and on Sunday morning she was arrested when she left her home to walk her dogs.’