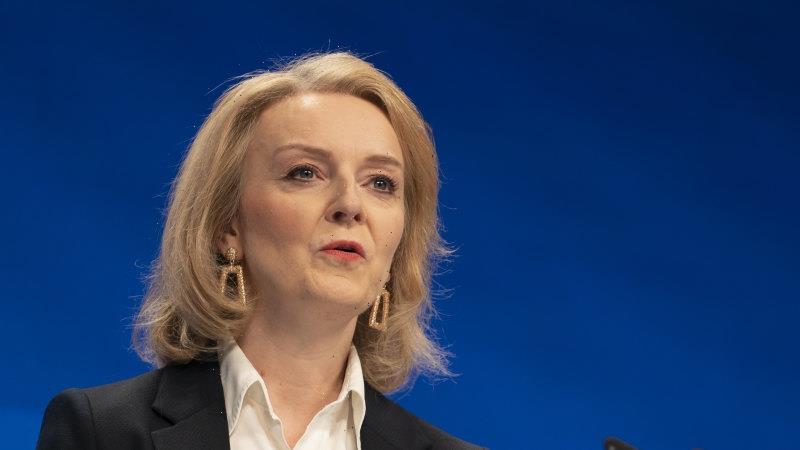 Manchester: Britain’s new Foreign Secretary Liz Truss wants to build a “Network of Liberty”, forming more security pacts like the AUKUS alliance with countries such as India, Canada and Japan to counter China and Russia.

Speaking to the Conservative Party Conference in Manchester, Truss, who is newly appointed to the role, said Britain and its allies must win the “battle of economic influence”. 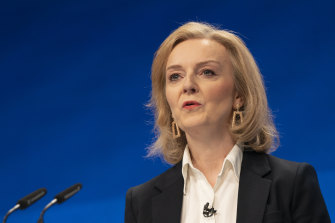 Foreign Secretary Liz Truss called for a “Network of Liberty” at the Conservative Party Conference. Credit:AP

“On security we are striking new pacts to protect our sea routes, trade routes and freedoms,” Truss told party members.

“AUKUS – our new partnership with the US and Australia – will help Australia acquire nuclear-powered submarines and defend their territorial waters.

“We are in talks with Japan about better military access and operational support between our two countries [and] we want closer security ties with key allies like India and Canada in everything from fighting cyber to traditional defence capability,” she said.

Last week, Labour Party members moved an emergency motion on the floor of its conference in Brighton to condemn the AUKUS alliance even though it is backed by Opposition Leader Keir Starmer and his frontbench.

“Last week at conference, Labour members voted against the Australia-US submarine deal showing just how out of touch they are,” she said.

She said by contrast, nations around the world trusted Britain and she wanted to project a “positive and patriotic” foreign policy.

Truss, as former trade secretary became close friend of Australia’s high commissioner to the UK George Brandis during trade negotiations between the two countries and has subsequently become of the cabinet’s most hawkish members when it comes to China policy.

She said China must abide by its international obligations.

“It is important we trade with China, but we must make sure it is reliable trade, that it avoids strategic dependency and that it does not involve the violation of intellectual property rights or forced technology transfer,” she said.

The new agency will comprise thousands of hackers and analysts and be capable of attacking critical infrastructure although will not come online until 2030.

“We will be one of the very, very few nations in the world with that scale,” Wallace told Britain’s Telegraph.

He said China had to “play by the rules” on the international stage.

“My view is the way we challenge authoritarian regimes across the world is we do it through strength.

“This is why infrastructure agreements with developing countries are so important, so they are not drawn into the orbit of authoritarian regimes.”