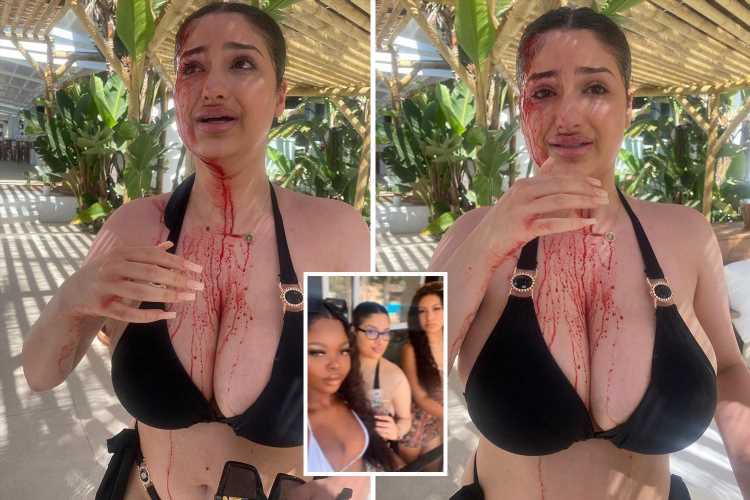 A BRIT student was left covered in blood after she was hit by a champagne bottle during a row over sunbeds at popular Marbella beach club.

Blessing Gundu, 20, Rojeen Imanzadeh, 20 and Rebecca Frisch, 20, were enjoying a day at the celeb haunt Nikki Beach when they were allegedly attacked by a couple after a poolside row. 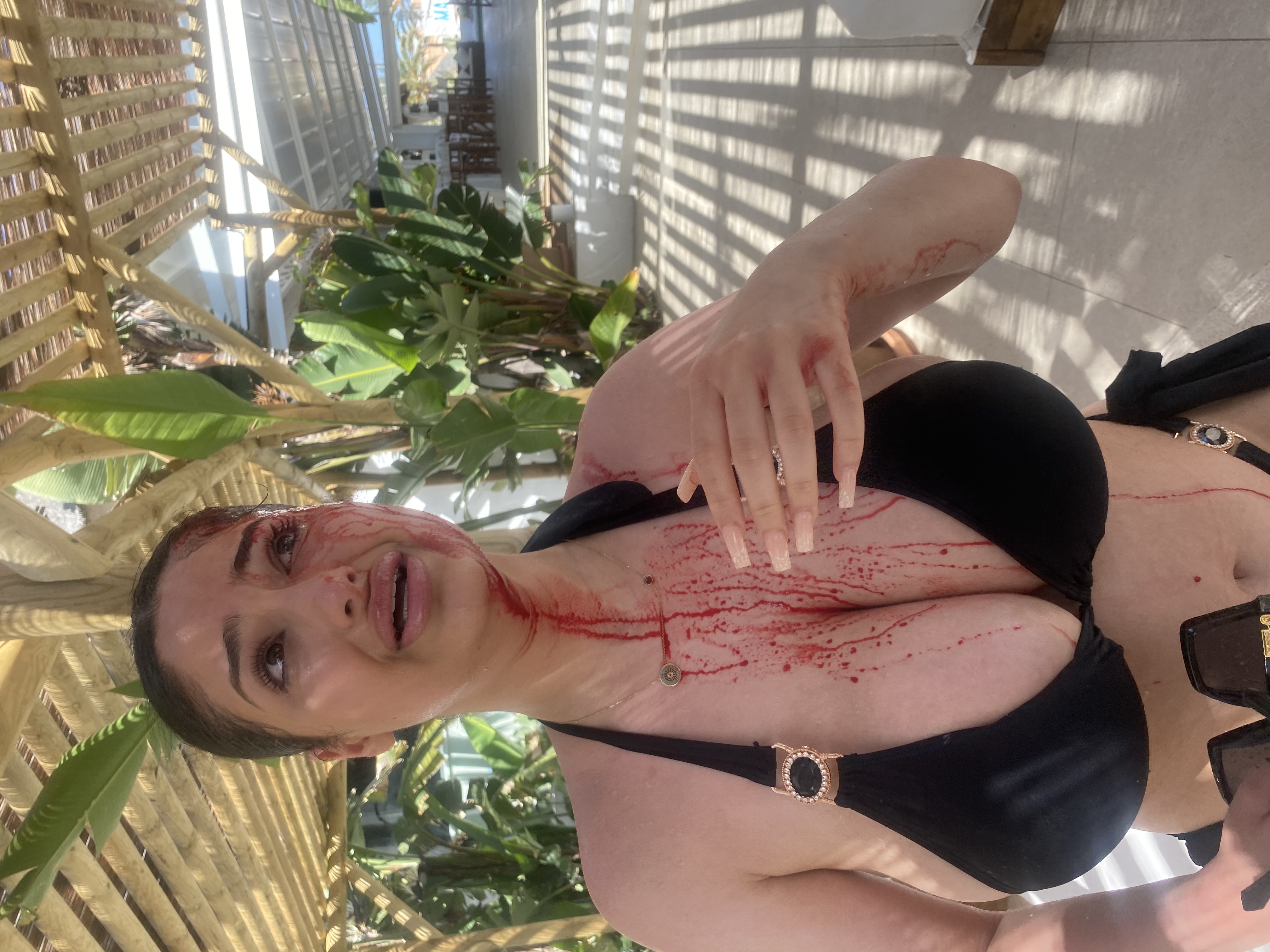 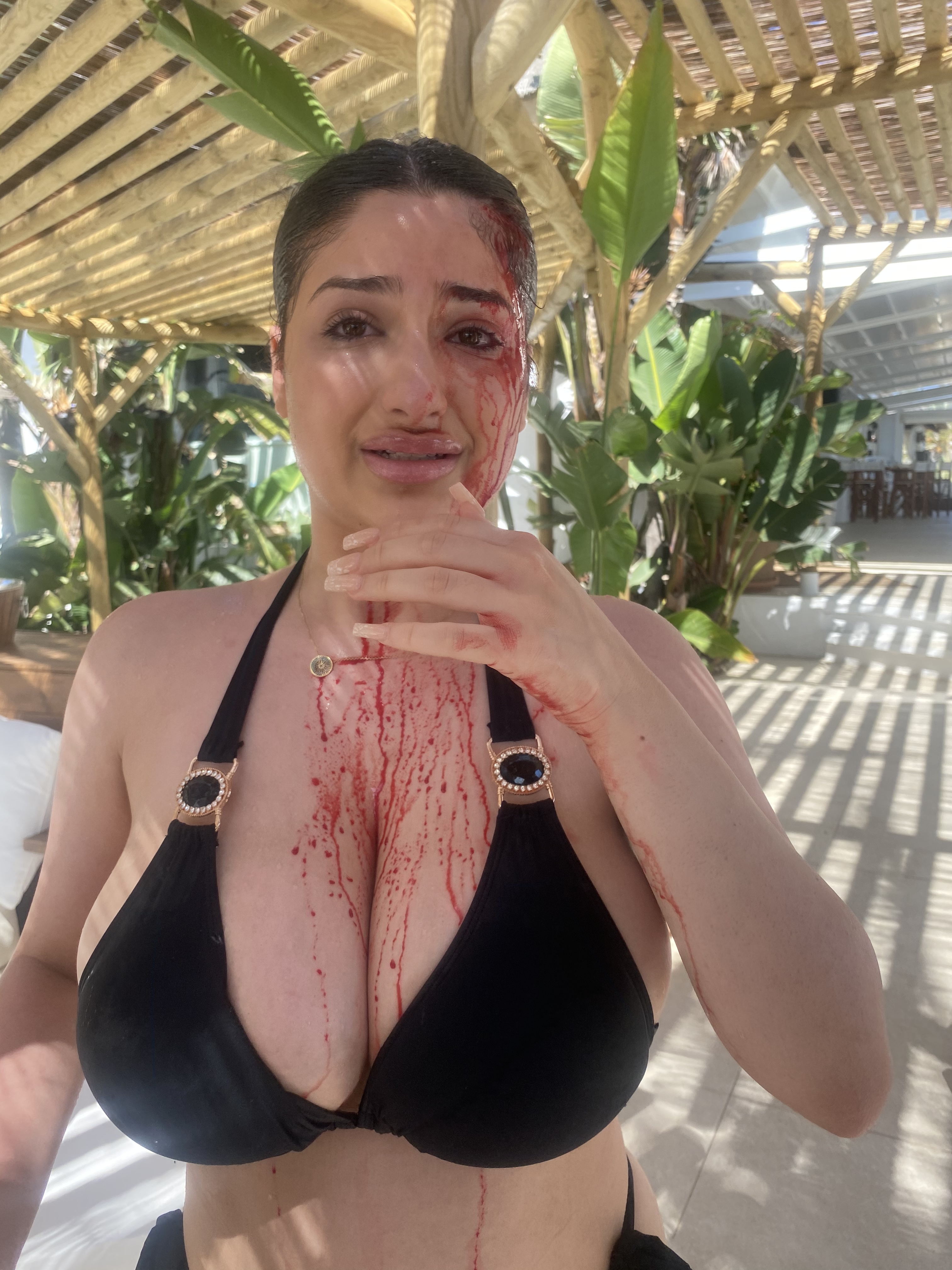 Rojeen was left "covered in blood" with a gaping hole in her head that required stitches after the dispute erupted over a sunbed on the first day of the three girls' trip to the party hotspot.

Shocking pictures show blood pouring from the 20-year-old's head that was left "wide open" from the attack which caused "serious injuries and a lot of blood loss."

The girls claimed the row and attack may have been racially motivated, and branded the club's handling of the attack "racist".

They allege they were confronted and cornered by staff while the couple, who were both white, were allowed to leave- despite Rojeen's injuries.

"We were there all day, we had paid for another bed, we got drinks, everything was fine," Blessing exclusively told the Sun Online.

"Until one of my friends went and sat around the other side of the pool so she could be directly in the sun.

"When we joined her, as we were sitting I think my hand must have been resting on the couple's bed briefly. The girl asked me can I move it – which I did – then that was the end of the conversation."

But the disgruntled pair then approached staff and asked for the trio to be moved elsewhere – "even though it was a public pool and we had paid to be there," Blessing said.

Confused, they questioned why they had to be moved from a non-reserved area, but were told to "just f**k off" by the female’s partner.

"We didn’t want to make a problem out of it. Obviously were on holiday, we don’t want any issues," Blessing,from Swansea, said.

"When we stood up, they started shouting at us. The girl then threw a pillow at me, so naturally, I grabbed the pillow and threw it back at her.

"Her boyfriend must have saw this and he grabbed a drink and threw it at Rojeen.

"Obviously, her first instinct was to throw one back at him and as she threw it. He grabbed an empty bottle of Moet champagne and threw it at Rojeen's head."

She added: "We were all looking the other way and turned around to see her covered in blood, all over her face and an open wound on her head." 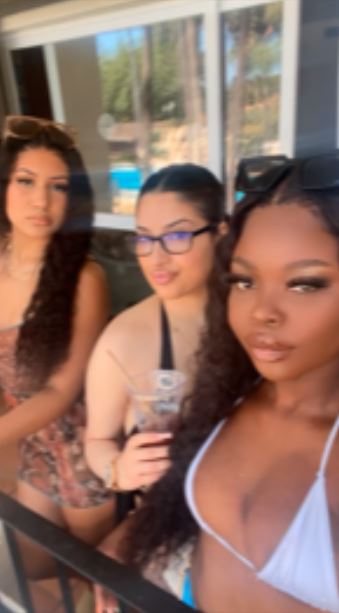 According to Blessing, after realising the damage they had done, the couple were allowed to get dressed and quickly leave – despite "multiple witnesses" seeing the "unprovoked attack."

"There was a waiter standing by us the entire time this was going on, when they were shouting and swearing, and he didn’t even think to call security," Blessing said.

"I wanted them to be stopped before they left and then the manager of Nikki Beach grabbed my hand and said if I go anywhere he will call the police and that I was going to be in trouble.

"The people who just threw a bottle at my friend and cracked her head open were being allowed to leave.

"He said, 'Why are you so angry? Just leave them be, I can't man handle them' – even though he had just manhandled me.

"It didn’t make sense. They just left the beach club with no problems." 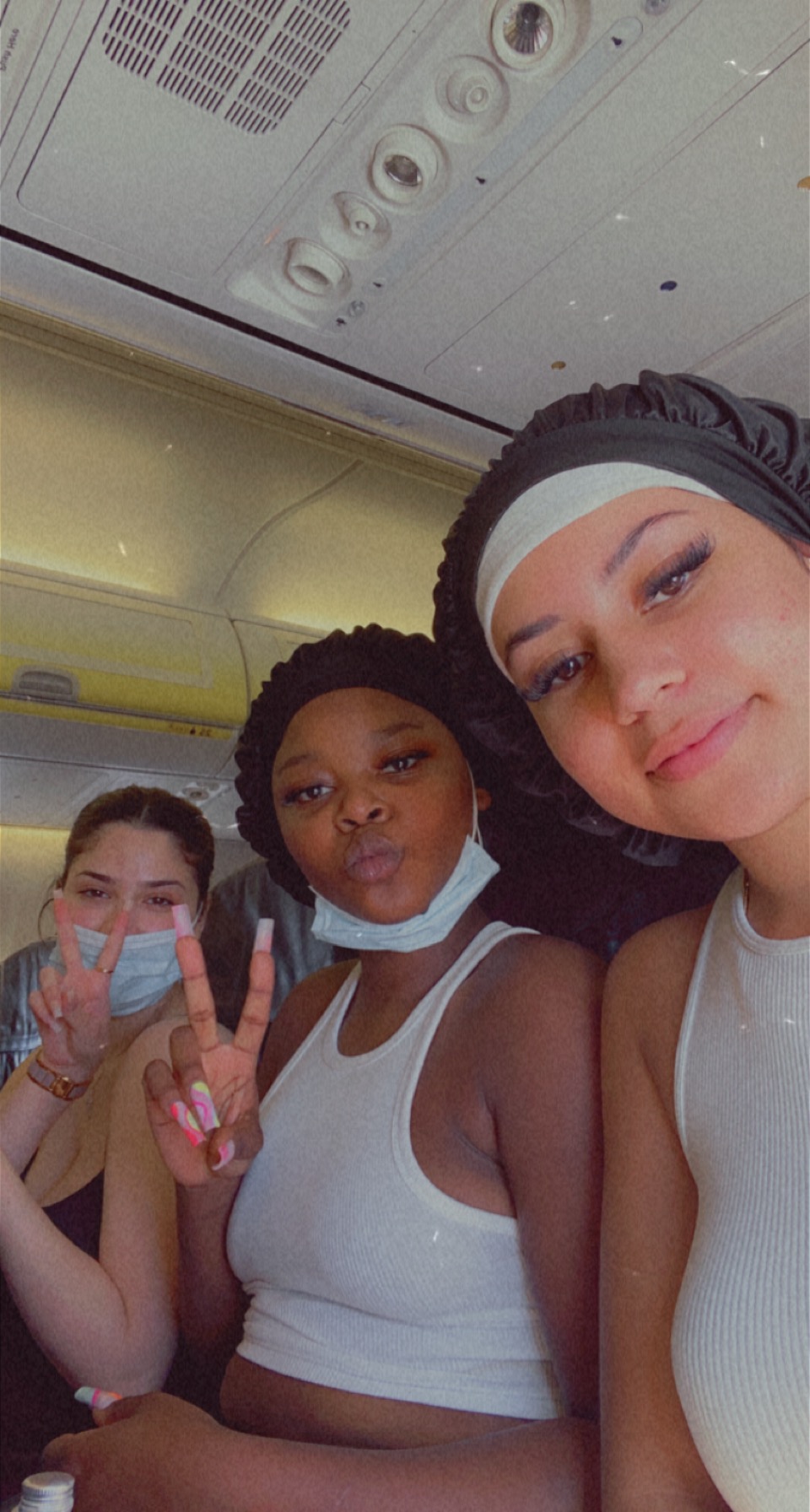 Blessing, Rebecca and the bloodied Rojeen were escorted to another part of the pool club.

Nikki Beach staff then allegedly warned them not to record any footage or take photos of Rojeen’s injuries "until they were wiped."

Despite the alleged threats, the plucky pals managed to snap some pictures of the injuries.

Blessing and Rebecca then attempted to complain about the situation to staff but were met with “threats to call the police and sue us”.

According to the girls, Nikki Beach employees then called cops – but not any medical services for their bloodied friend, who was only attended to by a pool club medic who cleaned and dressed her open wound.

"When we asked the staff for the number of the police and an ambulance, they laughed in our face. They didn’t want to tell us and just mocked us over the situation.

"They gaslighted us the entire time. They weren’t taking us seriously." 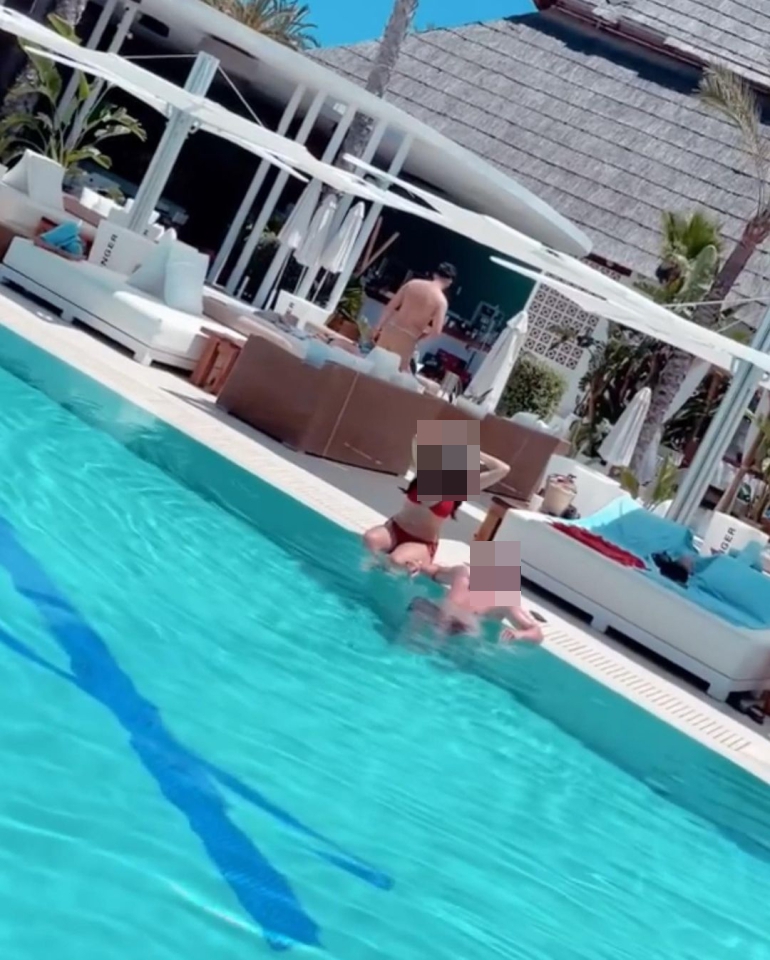 The girls – who study and live together in Leicester – were then turfed from the beach club and threatened by the manager of the establishment that they would be sued for their behaviour, despite them not instigating the incident.

Rebecca posted on Instagram: ''I am 100 percent sure a group of white girls would not be made to move because a couple had simply requested it for no reason.

''The way the situation was handled was again racist as they let the white couple leave after smashing Rojeen in the head with a bottle.

''Again if we had thrown the bottle, I know we would have been arrested…

''I can say this with full confidence,that if we were a white group of girls the club would not have handled the situation like this.''

Rojeen now has to head to the hospital every two days to have her wound cleaned and her dressing changed.

The Sun has approached Nikki Beach and police for comment.