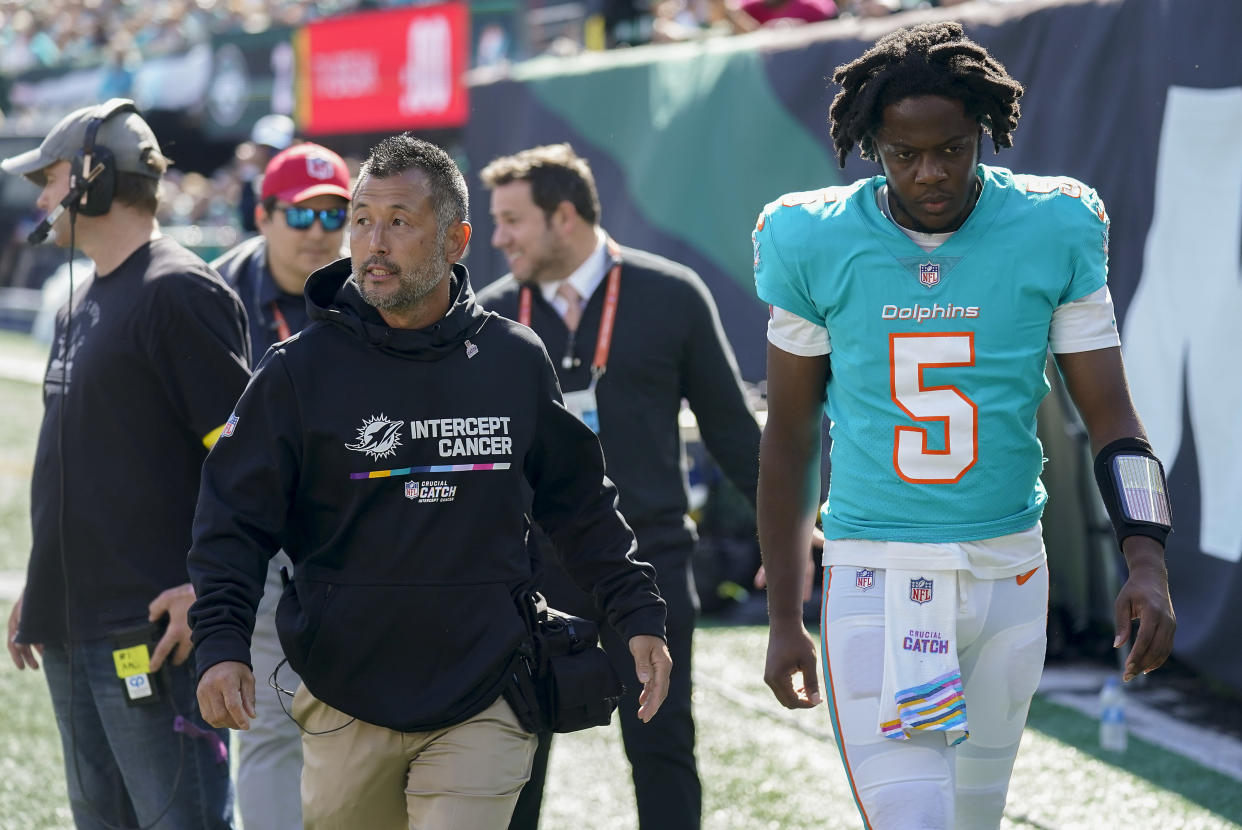 The Miami Dolphins are down to third-string quarterback Skylar Thompson against the New York Jets.

Backup Teddy Bridgewater sustained an elbow injury and head injury following a hit on Miami's opening drive on Sunday. He left the game, and the Dolphins initially listed him as questionable to return. He was later downgraded to out in concussion protocol.

With starter Tua Tagovailoa sidelined with a head injury, the Dolphins opened up their second series against the Jets with Thompson at quarterback. A seventh-round rookie out of Kansas State, Thompson made his NFL debut considerably sooner than expected.

Bridgewater's injury took place on a dropback on Miami's first offensive snap of the game. Jets cornerback Sauce Gardner pressured Bridgewater in the end zone. His helmet made contact with Bridgewater's throwing elbow, and Bridgewater's head hit the turf at the completion of Gardner's hit.

Bridgewater was flagged for intentional grounding in the end zone, and the Jets scored a safety on the play. He entered a sidelined medical tent for evaluation after the hit, then walked to the locker room before the Dolphins eventually ruled him out.

New concussion guidelines factored into Bridgewater being ruled out

The NFLPA fired an independent doctor who cleared Tagovailoa to return against the Bills, and the NFL and NFLPA agreed on Saturday to stricter guidelines on a player's eligibility to return to the field after displaying concussion symptoms in the wake of Tagovailoa's injury.

Those guidelines played a factor in Bridgewater being ruled out on Sunday. Per NFL Network's Ian Rapoport, Bridgewater passed concussion tests administered by doctors, but was ruled out based on the new guidelines. The Palm Beach Post reports that a spotter saw Bridgewater stumble after the blow to his head.