Black Panther star Chadwick Boseman has died after a private four-year battle with colon cancer, his representative said on Friday. He was 43.

The actor died at his home in the Los Angeles area with his wife and family by his side, publicist Nicki Fioravante told The Associated Press.

Boseman was diagnosed with colon cancer four years ago, his family said in a statement.

‘It is with immeasurable grief that we confirm the passing of Chadwick Boseman. Chadwick was diagnosed with stage III colon cancer in 2016, and battled with it these last 4 years as it progressed to stage IV,’ the family said.

‘A true fighter, Chadwick persevered through it all, and brought you many of the films you have come to love so much.’ 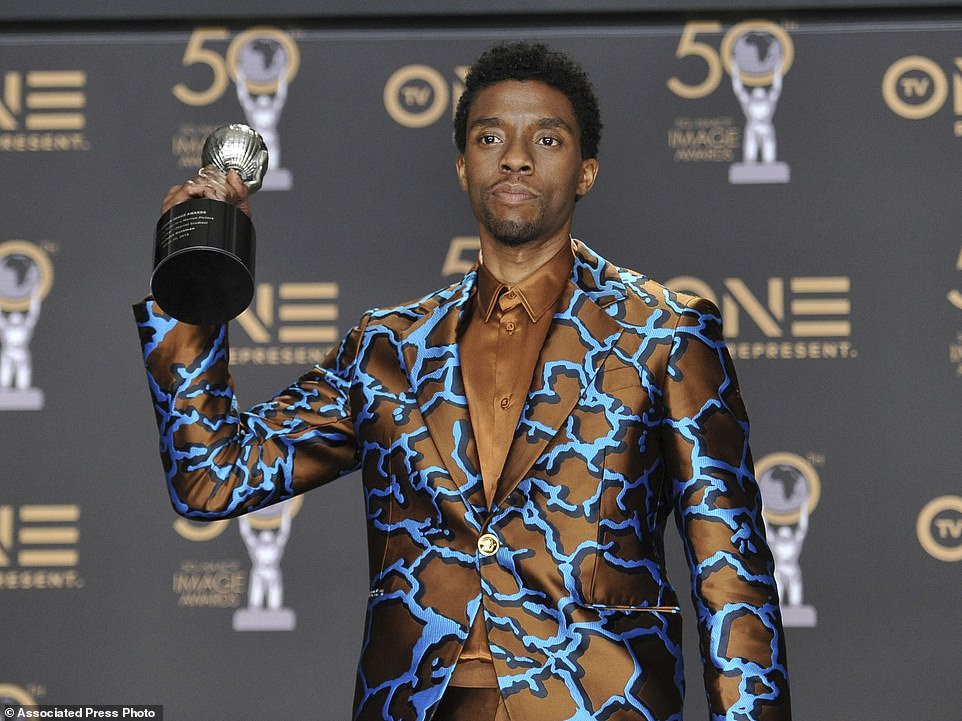 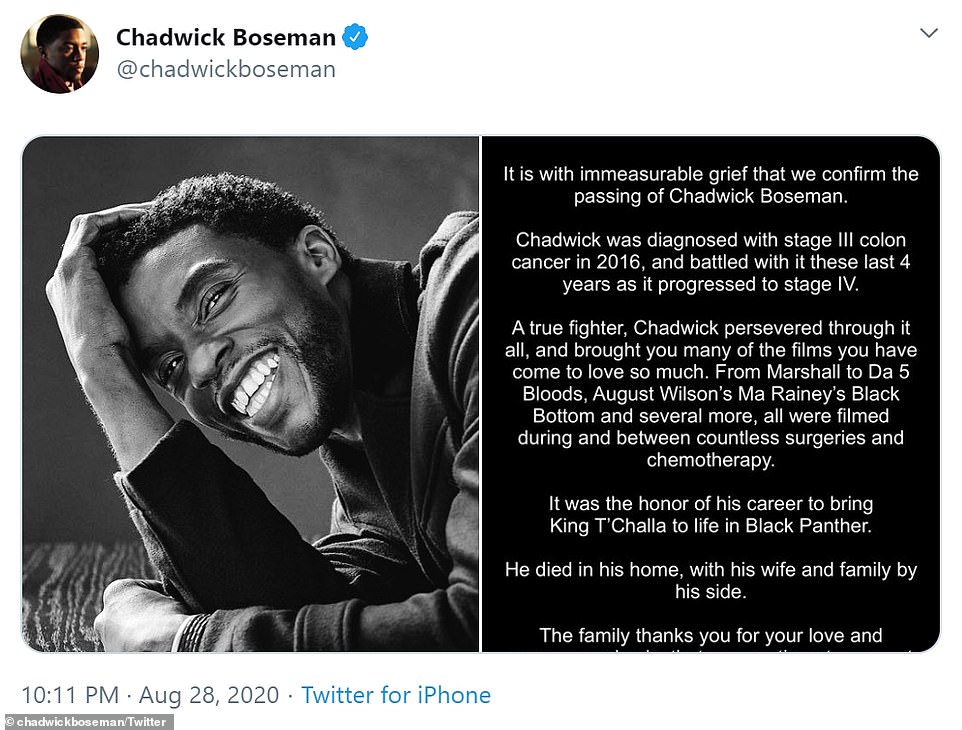 His family confirmed his passing in a statement on social media on Friday, saying the actor had been diagnosed with stage III cancer in 2016

‘From Marshall to Da 5 Bloods, August Wilson’s Ma Rainey’s Black Bottom and several more, all were filmed during and between countless surgeries and chemotherapy. It was the honor of his career to bring King T’Challa to life in Black Panther.’

‘The family thanks you for your love and prayers, and asks that you continue to respect their privacy during this difficult time.’

Boseman had not spoken publicly about his diagnosis.

Born in South Carolina, Boseman graduated from Howard University and had small roles in television before his first star turn in 2013.

His striking portrayal of the stoic baseball star Robinson opposite Harrison Ford in 2013’s ’42’ drew attention in Hollywood.

His T’Challa character was first introduced to the blockbuster Marvel movies in 2016’s ‘Captain America: Civil War,’ and his ‘Wakanda Forever’ salute reverberated around the world after the release of ‘Black Panther’ two years ago.

‘This is a crushing blow’ actor and director Jordan Peele said on Twitter, one of many expressing shock as the news spread across social media.

‘This broke me,’ said actor and writer Issa Rae.