BRUMADINHO, Brazil (Reuters) – Brazilian miner Vale needs to change its behavior, cooperate more with authorities and be more transparent after a deadly dam collapse at one of its mines that likely killed more than 300 people, Brazil’s solicitor general said on Saturday. 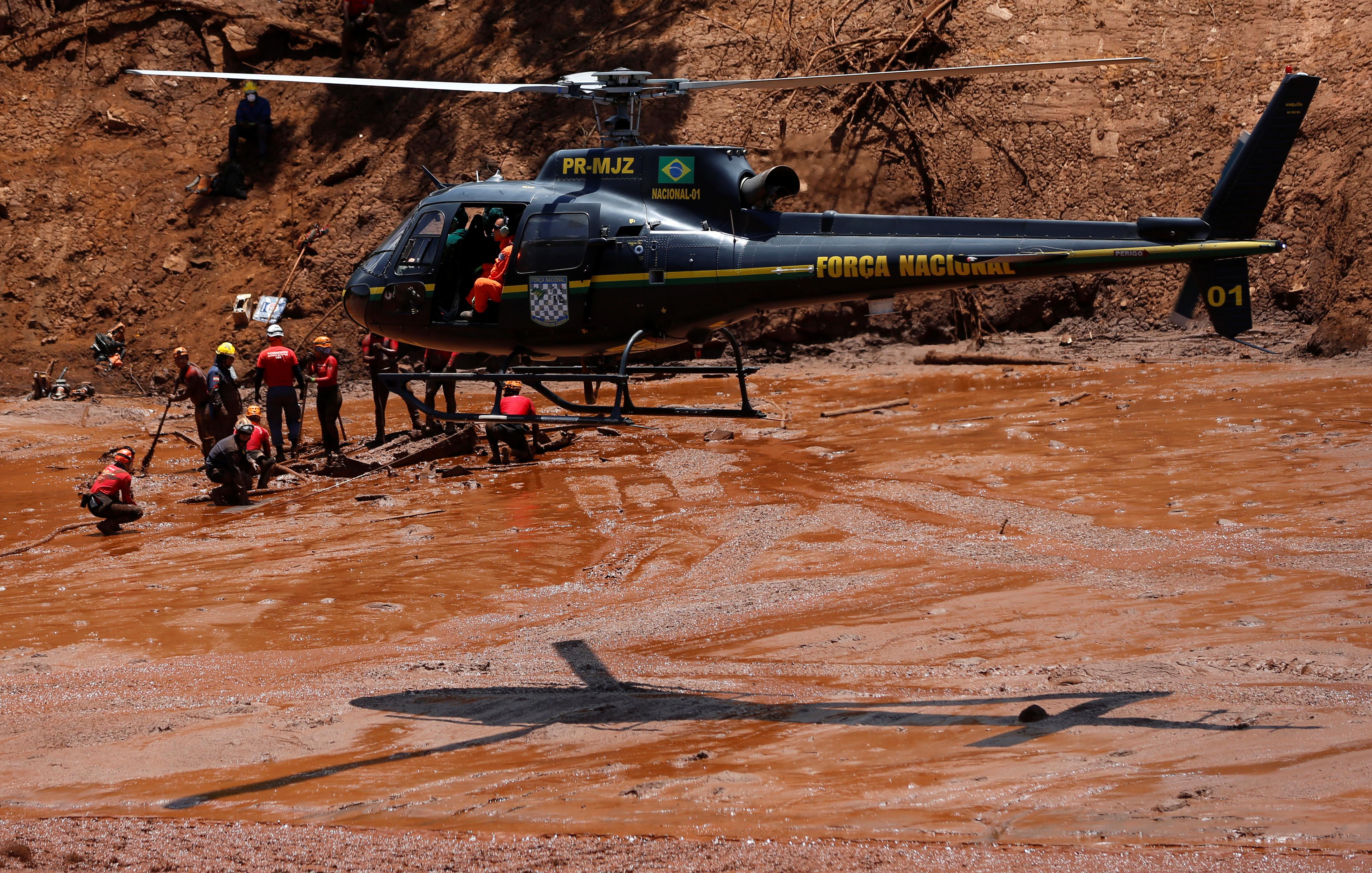 Speaking with reporters in the town of Brumadinho, near Vale’s Corrego do Feijao mine that collapsed late last month, André Mendonça added that Vale’s actions had not improved since another deadly tailings dam collapse in 2015, the Samarco project that it joint-owned with BHP Billiton.

“Firstly, we need a change of behavior. There has been a behavior of resistance to complying with obligations and we need effective cooperation, not only in words, but in gestures, in acts, that demonstrate responsibility for what happened,” said Mendonça.

“We need to have an effective assumption by Vale of its responsibility for the event … So, we expect effective, quick responses from Vale regarding the disaster.”

In a later statement, the solicitor general’s office said all of the costs associated with tragedy incurred by the federal government would be charged to Vale.

With 121 people confirmed dead and another 226 still missing, according to the latest tally on Saturday, the Brumadinho dam burst could be Brazil’s deadliest mine disaster.

The disaster poses a headache for the new government of far-right President Jair Bolsonaro, whose new business-friendly administration must juggle public anger over the tragedy and its own desire to ease mining and environmental regulations to kick-start growth.

Hildebrando Neto, Minas Gerais’ deputy minister for environmental regulations, told Reuters that all evidence suggests the burst was caused by liquefaction, whereby a solid material such as sand loses strength and stiffness and behaves more like a liquid.

Neto said liquefaction caused the 2015 collapse of the Samarco dam, which led to the deaths of 19 people.

Major Brazilian TV outlets obtained dramatic security camera video showing the outer wall of the dam collapsing and an avalanche of mud crushing trees, houses and cars in its path. Closeups replayed throughout the day showed cars and people scrambling unsuccessfully to escape the torrent.

Mendonça highlighted concern that Vale is not complying with obligations applied after the Samarco tragedy. He said compensation payments, as well as greater transparency and judicial compliance, have not been met.

In a statement, Vale said it had been cooperating with authorities, and “providing all support to the population and the families of those affected.”

Asked if members of Vale’s executive board could be arrested, Mendonça said “no hypothesis can be ruled out.”