Schoolboy, 15, whose family fled civil unrest in Bangladesh and overcame hardship to build new life in UK wins £76,000 scholarship to study at Eton

A schoolboy whose family fled civil unrest in Bangladesh and now live in a London council flat has bagged a place at Eton.

Maheraj Ahmed, 15, was just five when he fled his homeland with his mother Rani Begum, 46 and father Sharif Uddin, 48.

The family were given a three-bedroom council flat in Barkingside, east London and Maheraj got a place at a school in nearby Plaistow.

But instead of continuing his education in the capital’s East End, Maheraj’s life is about to change forever with his £76,000 scholarship to Eton College.

Following in the footsteps of Princes William and Harry to name a few, the teenager will head to the elite Berkshire private school in September to study A-Levels in history, chemistry, biology and physics. 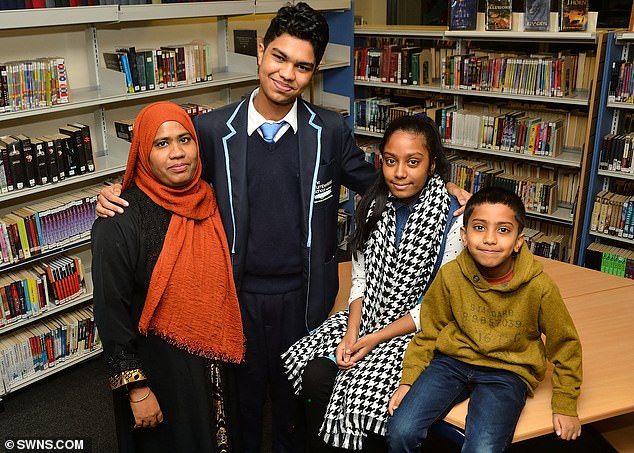 Maheraj Ahmed, 15 (pictured second left) was just five when he fled his homeland with his mother Rani Begum, 46 (left) and father Sharif Uddin, 48. Now he and his sister Sanzida, 14 (second right) and brother Tanzir, seven (right) live in a council flat in east London 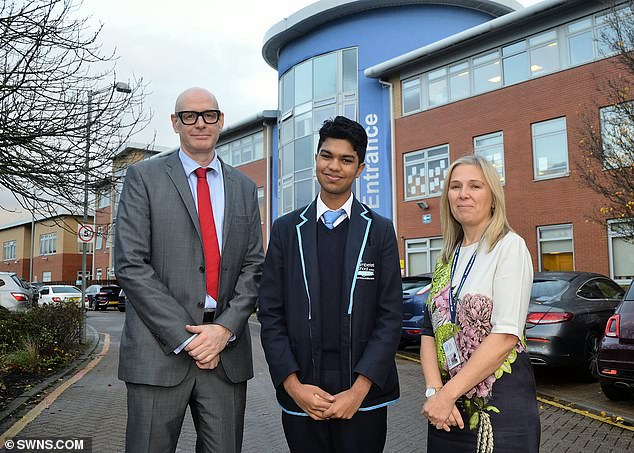 Maheraj’s life is about to change forever after bagging a £76,000 scholarship to study at Eton. He is pictured with his headteachers Simon Elliot and Gillianb Dineen

He said: ‘People would not think that I would have much in common with the boys at Eton but I did not find them stuck up at all, they just want to do well in life, that is all I want.

‘The only difference is my motivation is maybe stronger than theirs. My family and I have had a hard life, going to Eton will give me a chance to make our lives better.’

Despite living in hardship with both his parents unemployed, Maheraj, his brother, sister, mother and father are grateful for the life they have been given in the UK.

He said: ‘East London is a tough place to grow up. There are lots of problems here.

‘My mum will not let me go out after dark because of the social problems we have here. 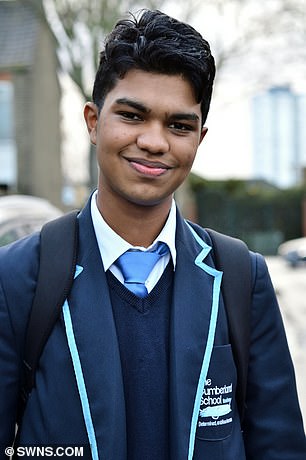 Following in the footsteps of Princes William and Harry to name a few, Maheraj (pictured) will head to Eton in September to study his A-Levels

‘We have had to move around a lot, to different parts of London, sometimes a long way from my school, which means a lot of travelling.

He added: ‘I do feel very grateful to this country for allowing my family and I to come here.

‘I want to repay that by becoming a hard-working member of society who can contribute in a positive way.

‘That is why I want to study medicine, hopefully at Oxford or Cambridge, and then become a heart surgeon. I want to give something back.’

Maheraj was mentored throughout the application process by his executive headteacher Simon Elliott.

He had to go through a gruelling three-day assessment at the Berkshire School, which included three entrance exams, seven interviews and a public debate.

The youngster hopes to use his incredible opportunity to be able to study medicine at university and become a doctor.

Maheraj said: ‘The second I knew I had been accepted by Eton I knew my life had changed beyond all recognition.

‘What Mr Elliott and my school have done can never really repaid.

‘I can’t imagine any school in the East End or any state school where you have your own mentor, who works with you every day, who pushes you and is willing you to succeed.

‘It has been hard at times, balancing all of this with my revision and studies.

‘Every time I feel tired, I think of how much Mr Elliott has helped me. I did not want to let him down.’ 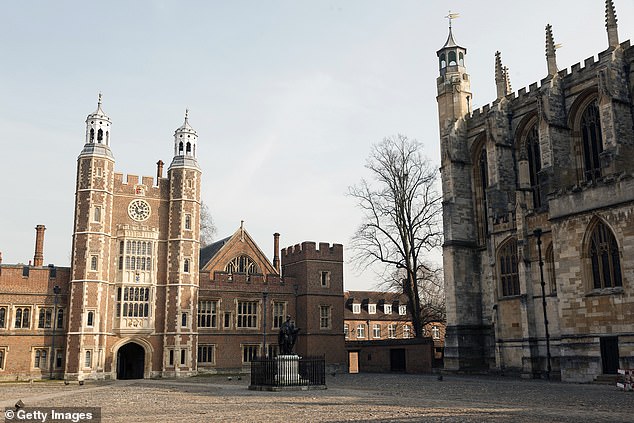 His mother said: ‘We are so proud of our son. Ever since he was a little boy, he has always been so smart.

‘Even in Bangladesh he was top of his class and never even revised. We are very lucky because Maheraj goes to the best school in the area.

‘They have changed our son’s life, we are very grateful to Mr Elliott.’

Mr Elliott said: ‘As a headteacher in this part of the country the biggest challenge is to raise the ambitions and aspirations.

‘In becoming the first student from Cumberland School to win a place at a top independent fee-paying school graduate Maheraj has set the bar for others to follow.

‘He teaches them that these kinds of opportunities are not out of their reach.

‘If he can do it, they can do. The impact of that on a school and a community is transformative.’