A boy racer filmed himself crashing his Mini Cooper at 70mph on a 40mph country road and uploaded the video to TikTok.

Owen King, from Newcastle, shared the clip on the social media app with the caption: ‘This is a good example of why you should never speed on country roads.’

Uploaded on October 12, the video shows the 19-year-old speeding down a country road at night in Morpeth, Northumberland at 70mph. 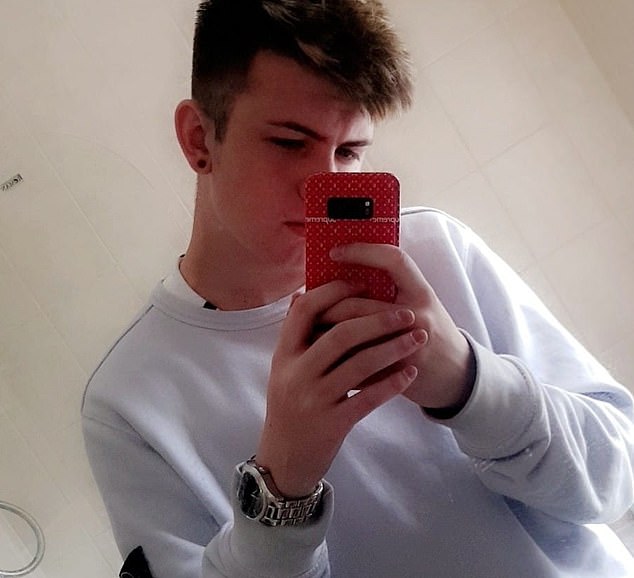 Owen King, from Newcastle, shared a video of him crashing his Mini Cooper on TikTok

He swerves around several sharp corners and picks up speed, but fails to brake hard enough on a difficult bend and loses control of the car.

His Mini Cooper slides from left to right on the country road as he grapples with the wheel to regain control of the vehicle.

King’s car narrowly misses the wall and crashes at speed into a metal gate.

The boy racer’s driving was blasted on TikTok, with one user writing: ‘Too heavy on the breaks (sic) into that bend. Not the speed that got ya, just run out of talent.’

Another added: ‘Must be one of those new self crashing cars that head for walls at the sound of s**** music. Tesla’s new invention.’

However, King hit back at the comments, saying: ‘I can control the car. It just got me by surprise when I turned the corner.

‘My wheels were just sliding and my brakes just wouldn’t work for some reason.’

A spokesperson for Northumbria Police said the force is aware of the video and will carry out enquiries to establish whether any criminal offences have been committed.