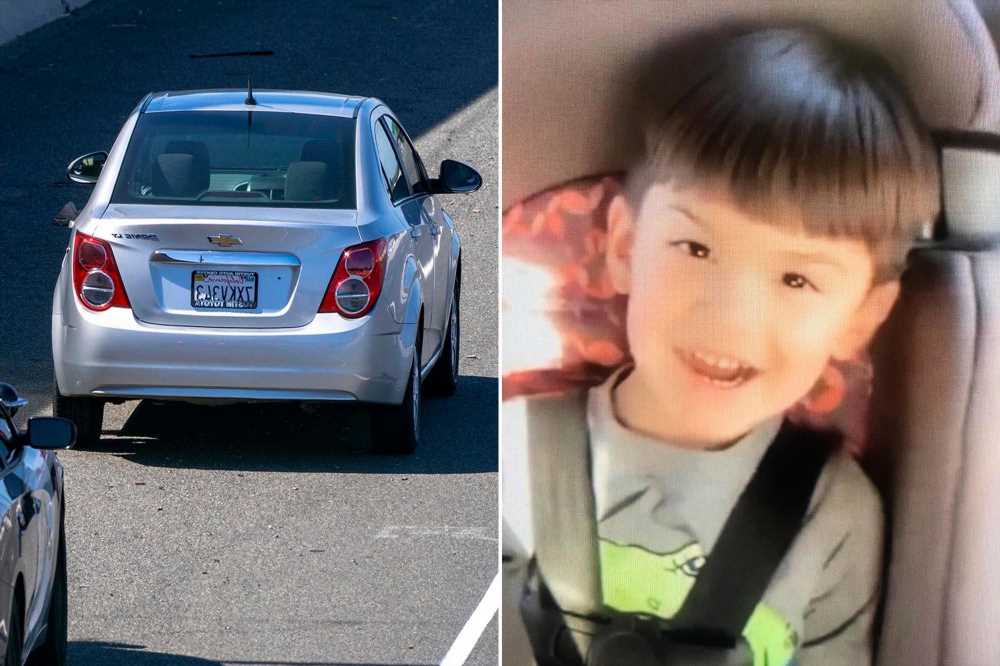 A 6-year-old boy riding in a booster seat on his way to school Friday was shot dead on a California highway in an apparent road-rage incident.

Leos attended kindergarten at Calvary Chapel in Yorba Linda, according to local reports. He had just celebrated his birthday last week.

The incident took place about 8 a.m. on the northbound side of the 55 Freeway in Orange while Aiden drove with his mother in a silver Chevrolet sedan. The boy sat in his safety seat in the right rear passenger side of the vehicle.

The tragedy unfolded when the unidentified mother — who was not injured — reportedly flipped off the driver of a white sedan who had cut her off in the highway’s car-pool lane. A passenger in the white car fired off an unknown number of shots, hitting Aiden, reports said.

The frantic mom “picked [Aiden] up and he was bleeding on her, she had blood on her clothes,” Cloonan told reporters. “And then he started turning blue, and that’s when the ambulance took him. And that’s the last time my mom saw him alive.”

The boy was pronounced dead at a nearby hospital. Police are still searching for the suspects.

“Please help us find who did this to my little brother,” said Cloonan.

“It was an isolated road rage incident between the mom and another driver from a white sedan,” California Highway Patrol Officer Florentino Olivera told Los Angeles news station KTLA-TV.

A GoFundMe page created to help Aiden’s mother has already generated more than $40,000 as of early Saturday morning.