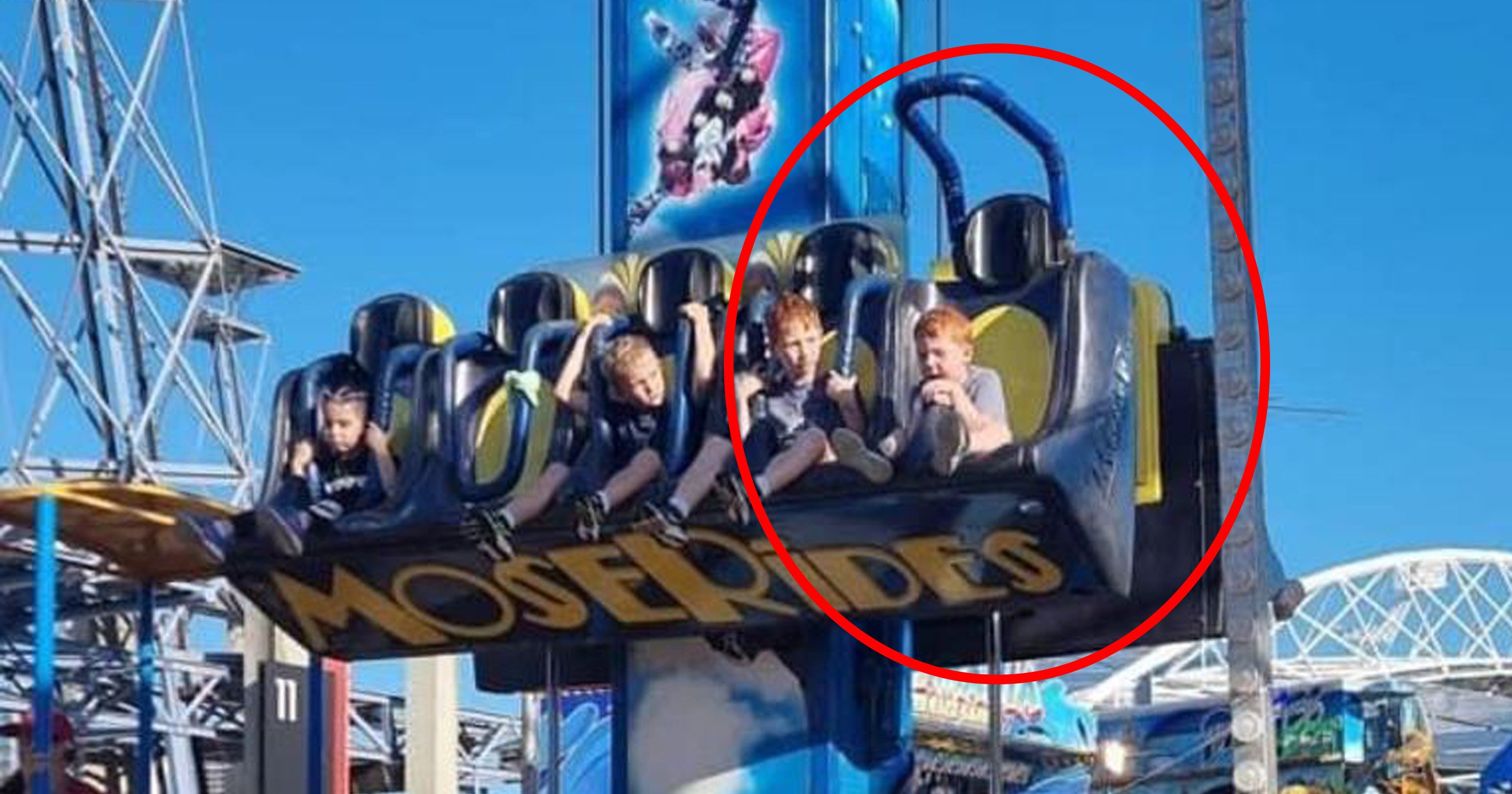 A toddler had a lucky escape when his harness flew open on a ‘free fall’ fairground ride just seconds before it was about to launch him into the air.

Horrified onlookers at Sydney’s Royal Easter show rushed to stop the ride from setting off on Sunday when they realised Tristan Curtis, four, was unrestrained.

Among them was Sky Boustani Curtis, Tristan’s mum, who was forced to watch in horror as her son came moments from disaster.

Photos circulated online show Tristan’s restraint, which should have been locked downward, fully open above his head.

All the restraints of the other children on the ride were secured.

Sky said all she could do was watch as the terrifying situation unfolded.

‘The (operator) girl stopped the ride but didn’t get out of her booth so another father ended up getting him to climb down to him,’ she told the Daily Telegraph.

‘Myself and my husband were not tall enough to reach him.

‘They simply did not pull his harness down, didn’t check him.’

Sky said Tristan is autistic and it was ‘difficult’ to know how he was feeling after the ordeal.

Another witness claimed the ride operator had ‘no idea’ Tristen hadn’t been properly secured.

‘They hit emergency stop but it seems like the operator couldn’t bring the ride down and someone actually had to go up there and have his son jump into his arms,’ Eva Levy recalled.

‘Onlookers had to scream for the ride to be stopped.’

Others took to Facebook to warn parents to ‘be careful’ claiming the restraint was ‘never put down’ and ‘no notice or checks’ were carried out before the ride started.

‘Make sure you’re watching the way they strap your child into a ride because clearly some of these operators are not doing their job and duty of care! Shameful no excuses,’ one woman wrote.

Following the incident, the ride has been shut down and fairground operators have launched an urgent enquiry into what went wrong.

‘The safety of patrons at the show is paramount and we have shut down the kids’ Free Fall ride following a reported issue with a harness,’ a spokeswoman said.

‘The safety systems of the ride functioned well to prevent any injury occurring and the ride will not operate again until a full investigation has been completed and the ride has been approved by specialist engineers.’

Operators of rides at the Sydney Royal Easter Show must comply with the SafeWork NSW Guide for Amusement Devices.

A New South Wales Police spokeswoman said police were unaware of the incident, adding it was safety issue for organisers.

The Free Fall ride is located in the Kids Carnival of the Royal Easter show, where people must be at least 110 centimetres tall to go on the ride with or without an adult.

Sunday’s terrifying close call comes just two weeks after a teenager fell 50 metres to his death on a similar ride at a US theme park.

Tyre Sampson, 14, died after slipping out of his seat on the 430-foot Orlando Free Fall ride at the ICON Park in Florida on March 24.