It was President Donald Trump's signature campaign promise: He would build a wall along the nation's southern border, and Mexico would pay for it.

Shortly after becoming President, Trump dropped the Mexico part, turning to Congress for the funds instead. When that, too, failed – Congress earlier this year appropriated money for border security that could not be spent on an actual wall – Trump nevertheless declared victory: "We've started building our wall," he said in a speech on March 29. "I'm so proud of it." 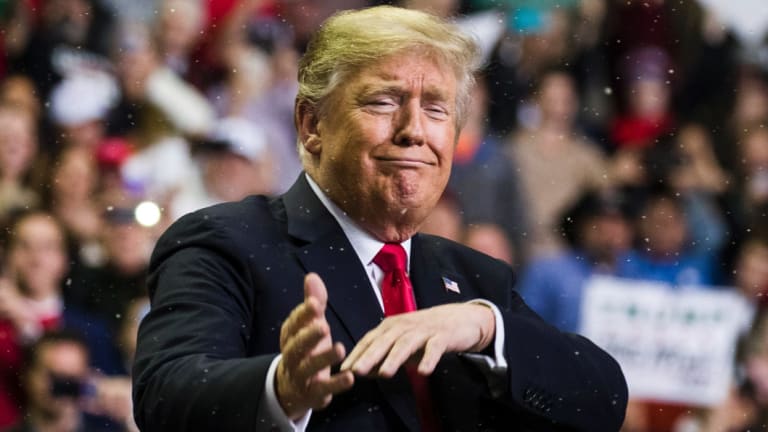 President Donald Trump has repeated some falsehoods so often that fact checkers have come up with a new ranking.Credit:AP

To accurately reflect this phenomenon, The Washington Post's Fact Checker is introducing a new category – the Bottomless Pinocchio. That dubious distinction will be awarded to politicians who repeat a false claim so many times that they are, in effect, engaging in campaigns of disinformation.

The bar for the Bottomless Pinocchio is high: The claims must have received three or four Pinocchios from The Fact Checker, and they must have been repeated at least 20 times. Twenty is a sufficiently robust number that there can be no question the politician is aware that his or her facts are wrong. The list of Bottomless Pinocchios will be maintained on its own landing page.

The Fact Checker has not identified statements from any other current elected official who meets the standard other than Trump. In fact, 14 statements made by the President immediately qualify for the list.

The President's most-repeated falsehoods fall into a handful of broad categories – claiming credit for promises he has not fulfilled; false assertions that provide a rationale for his agenda; and political weaponry against perceived enemies such as Democrats or special counsel Robert Mueller. 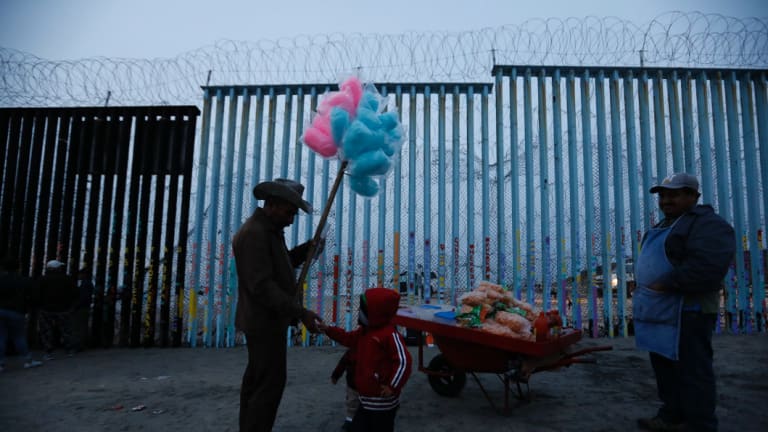 Trump has falsely claimed his promised border wall, funded by Mexico, is under construction. Congress has refused to fund it.Credit:AP

Some of Trump's regular deceptions date from the start of his administration, such as his claim that the United States has spent $US7 trillion in the Middle East (36 times) or that the United States pays for most of the cost of NATO (87 times). These were both statements that he made repeatedly when he campaigned for president and continues to make, despite having access to official budget data.

Another campaign claim that has carried into his presidency is the assertion that Democrats colluded with Russia during the election (48 times). This is obviously false, as the Democrats were the target of hacking by Russian entities, according to US intelligence agencies. (The assertion, also spread widely by Trump allies in the conservative media, largely rests on the fact that the firm hired by Democrats to examine Trump's Russia ties was also working to defend a Russian company in US court.)

On 30 separate occasions, Trump has also falsely accused special counsel Mueller of having conflicts of interest and the staff led by the long-time Republican of being "angry Democrats".

A good example of how objective reality does not appear to matter to the President is how he has framed his tax cut. When the administration's tax plan was still in the planning stages, Trump spoke to the Independent Community Bankers Association on May 1, 2017, and made this claim, to applause: "We're proposing one of the largest tax cuts in history, even larger than that of President Ronald Reagan. Our tax cut is bigger."

He reinforced that statement later that day, with similar wording, in an interview with Bloomberg News.

From the start, it was a falsehood, as Reagan's 1981 tax cut amounted to 2.9 per cent of the overall US economy – and nothing under consideration by Trump came close to that level. Trump's tax cut was eventually crafted to be just under 1 per cent of the economy, making it the eighth-largest tax cut in the past century.

Yet Trump has been undeterred by pesky fact checks showing he is wrong. He kept making the claim – 123 times before the midterm elections – and still says it. "We got the biggest tax cuts in history," he told Chris Wallace of Fox News in his November 18 interview.

Similarly, in June, the President hit upon a new label for the US economy: It was the greatest, the best or the strongest in US history. He liked the phrasing so much that he repeated a version of it every 1.5 days until the midterm elections, for a total of 99 times. The President can certainly brag about the state of the economy, but he runs into trouble when he repeatedly makes a play for the history books. By just about any important measure, the economy today is not doing as well as it did under Presidents Dwight D. Eisenhower, Lyndon B. Johnson and Bill Clinton – not to mention Ulysses S. Grant.

Trump has 40 times asserted that a wall was needed to stem the flow of drugs across the border – a claim that is contradicted the by the Drug Enforcement Administration, which says most illicit drugs come through legal points of entry. Traffickers conceal the drugs in hidden compartments within passenger cars or hide them alongside other legal cargo in tractor trailers and drive the illicit substances right into the United States. Meanwhile, Fentanyl, a deadly synthetic opioid, can be easily ordered online, even directly from China.

Some of Trump's most repeated claims verge on the edge of fantasy. Thirty-seven times, he has asserted that US Steel has announced that it is building new plants in response to his decision to impose steel tariffs. Depending on his mood, the number has ranged from six to nine plants, suggesting a bounty of jobs. But US Steel made no such announcement. It merely stated that it would restart two blast furnaces at the company's Granite City Works integrated plant in Illinois, creating 800 jobs. The company in August also said it would upgrade a plant in Gary, Indiana, but without creating any new jobs.

Similarly, Trump has repeatedly inflated the gains from his 2017 trip to Saudi Arabia, upping the amount from $US350 billion to $US450 billion when he came under fire for defending the Crown Prince believed to have ordered the killing of Washington Post contributor Jamal Khashoggi.

Separately, he also inflates the jobs said to be created, at one point offering a fanciful figure of 1 million. The Fact Checker obtained detailed spreadsheets of both the military and commercial agreements that showed a total of $US267 billion in agreements; we determined that many were simply aspirational. Many of the purported investments are in Saudi Arabia, indicating few jobs would be created for Americans.

One other Four-Pinocchio claim by Trump may soon make the list. Fifteen times, the President has claimed to audiences that the Uzbekistan-born man who in 2017 allegedly killed eight people with a pickup truck in New York brought in two dozen relatives to the United States through so-called "chain migration." But Sayfullo Habibullaevic Saipov is not even a US citizen, so the actual number is zero.