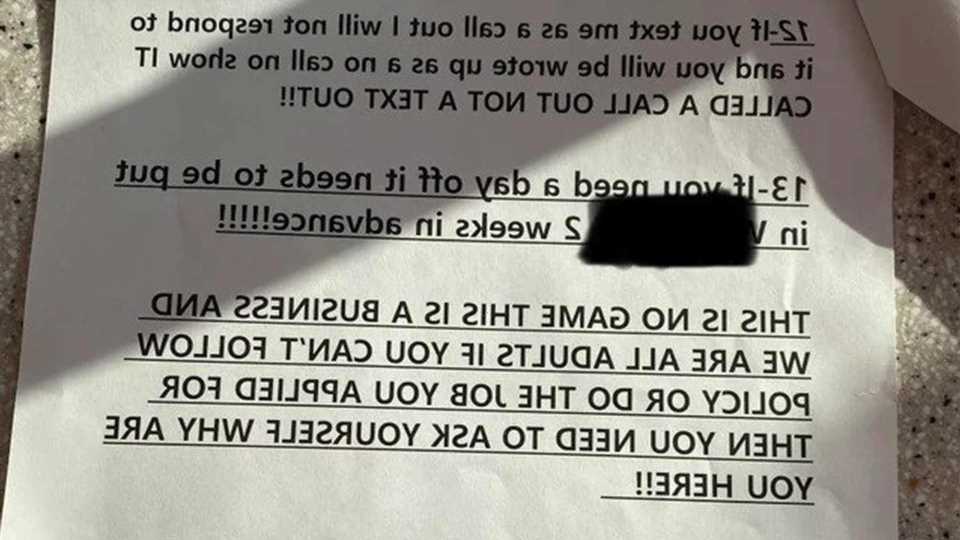 A BOSS has divided opinion after handing employees a sign stating 13 work rules as she warns she watches staff on cameras "all day every day".

The self-declared "mean" manager who issued the demanding list has been accused of "abusing her power" by stunned social media users. 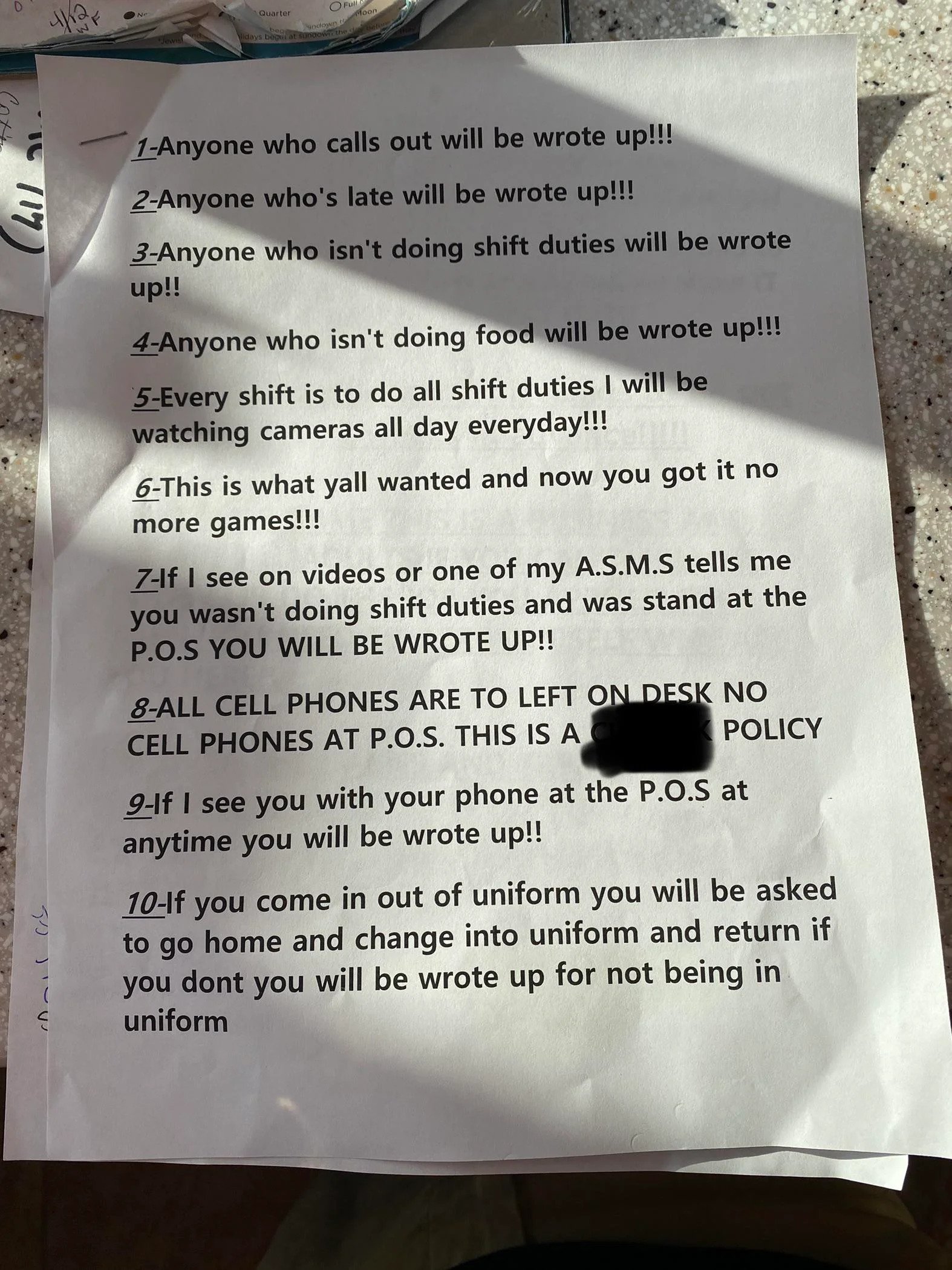 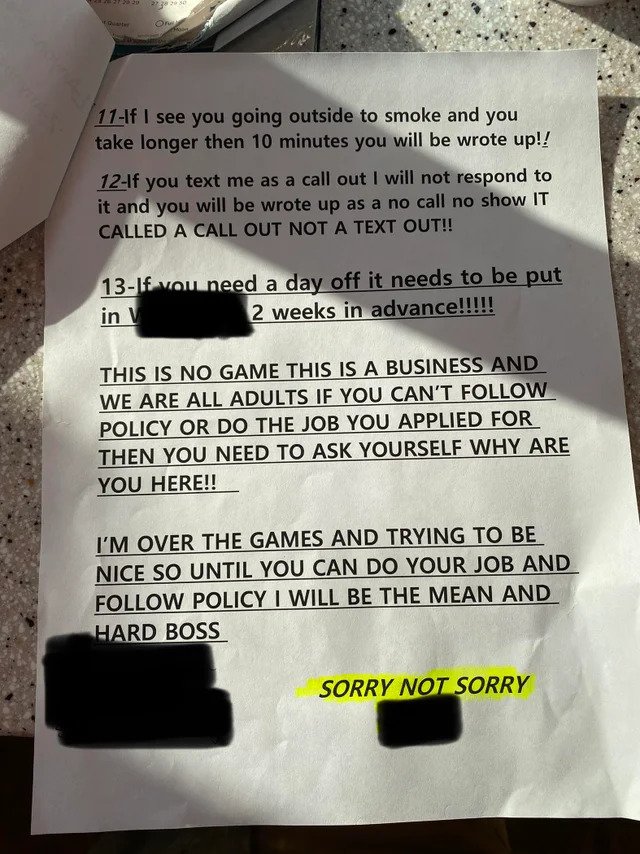 Shared on Reddit, the list warns employees they will be "wrote up" if they don't stick to the rules.

"Every shift is to do all shift duties I will be watching cameras all day every day!!!," one of the orders says.

Others tell workers not to use their phones, have food while on duty or be late.

At the end of the rules, the manager declared she is "over trying to be nice". 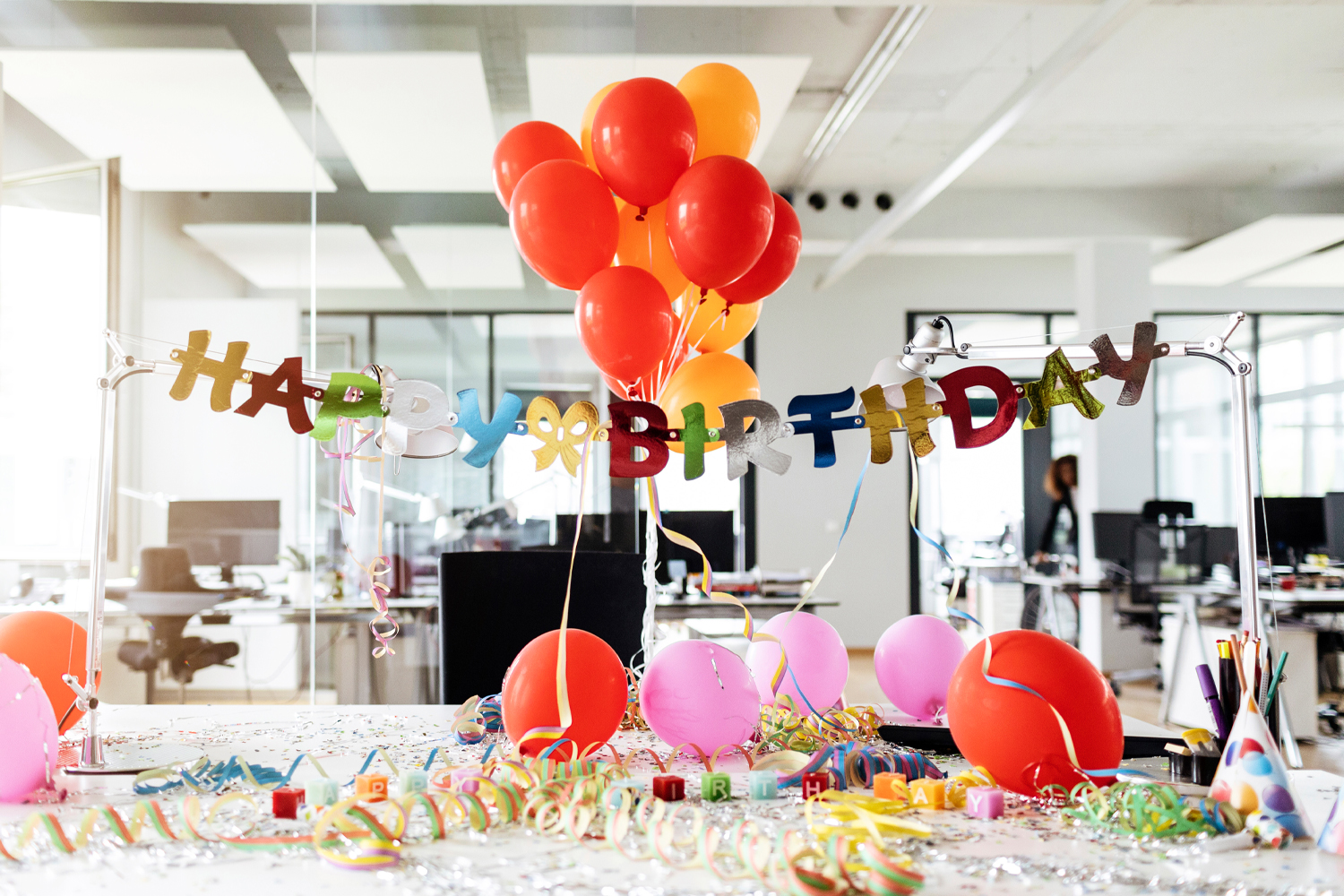 "This is no game this is a business and we are all adults if you can't follow the policy or do the job you applied for then you need to ask yourself why you are here!!

"I'm over the games and trying to be nice so until you can do your job and follow the policy I will be mean and hard boss. Sorry not sorry."

But social media users have encouraged employees to quit as they believe the list amounts to "harassment".

One commented: "At that point you just no show. If the punishment is the same, why do anything to help?"

School chaos as kids held inside as armed cops swoop

Another said: "I’ve walked out of jobs on the spot for less reason than this. Respect is earned not demanded.

"A Poor boss exerts the power of their authority. A Good boss leads by example. A Great leader Inspires you to be the best."

A third wrote: "I had a manager like that once and I just went to the office reported her and quit. They tried to ask me for a month but I kindly reminded them of all the harassment our manager put us through and said no."

A fourth commented: " 'We are all adults', proceeds to treat you all like school kids."

But some have defended the employee, arguing she may believe she in doing the right thing.

"From her perspective, her management style scored a 99/100," one Reddit user said.

Another commented: "I was going to defend the "no text" policy.

"That's standard business practice and saves a lot of issues that can happen from not confirming directly with the employee."

Others have poked fun at the manager's "horrible" grammar as the list is littered with errors.

One said: "I’m incapable of taking seriously anyone who uses middle school grammar."

A second joked: "It'd be funny to correct the horrible grammar on this in red pen and hand it back to her."

And a third added: "How do you execute on 'doing food'? Genuinely curious.

"Love it when these bosses have horrible grammar. These rules are illegible. The grammar is so terrible."

It comes after a boss was berated online after demanding employees clock out for bathroom breaks and when discussing "personal requests".

The unbelievable list of rules at a vegan bakery in Bend, Oregon, was plastered on the door in the form of a passive-aggressive note.

Meanwhile, an employee has revealed an email sent by their former boss which appeared to take aim at female staff for their personal hygiene.

The message, referencing the need to take baths and "use feminine deodorant," was branded by some Reddit users as “sexist” – but not all agreed.