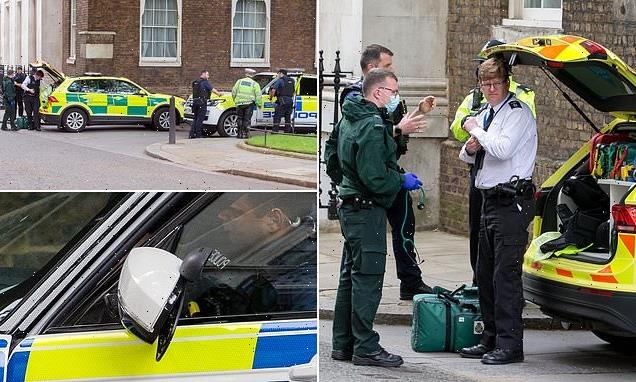 It happened this morning and saw a Met member of staff, who was standing on the street, be struck by the 999 vehicle.

The collision was between the officer and a range rover which follows the Prime Minister’s car.

Pictures of the scene appeared to show the 4 x 4 also hit the wing mirror of a parked police vehicle.

London Ambulance Service were called after it happened just before 11.54am and saw it go to the scene.

The struck officer was treated by medics at the scene and appeared to be generally unhurt although a bit shaken.

A source confirmed to MailOnline that a police officer was clipped by a wing mirror as the PM’s convoy left Downing Street. They were offered medical attention ‘on a precautionary basis’. 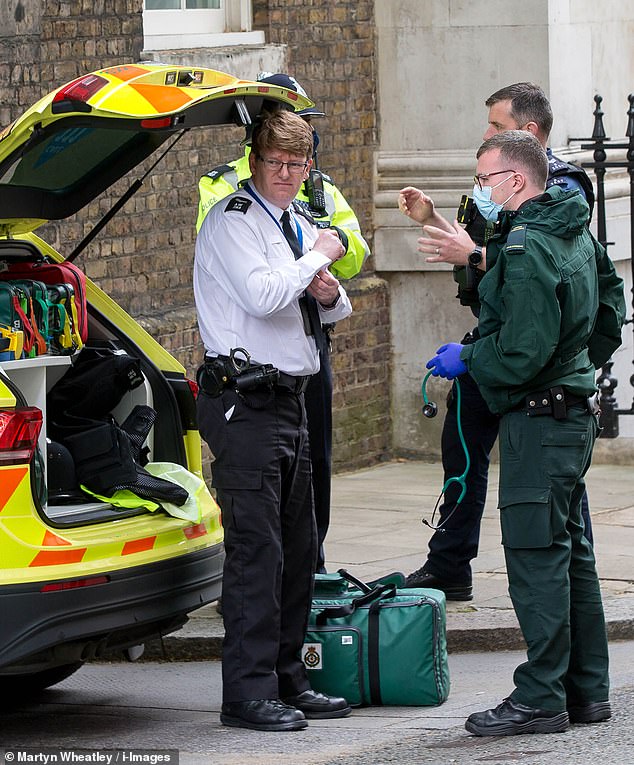 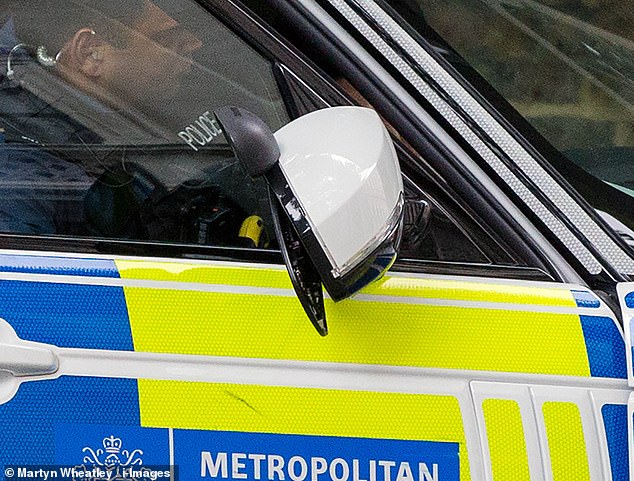 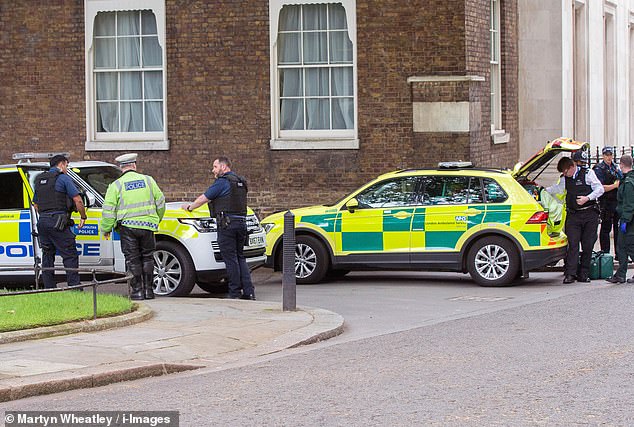 The collision happened at 11.51am and saw London Ambulance Service go to the scene

A spokesman for the Met told MailOnline: ‘A police vehicle was involved in a collision with an officer on foot at Downing Street at 11.51am.

‘LAS attended. The officer was checked over and did not require hospital treatment. He remained on duty.’

A photojournalist known only as PoliticalPics, who had been on the scene, tweeted: ‘Policeman gets hit by Boris Johnson police back up car as he leaves for PMQs, walks away shaken but looks OK.

‘Boris had two of his three vanity snappers snap him as he left for PMQs this morning just so the tax payers get value for its £300k a year cost!! It’s getting very silly the in house snapper b*** session. 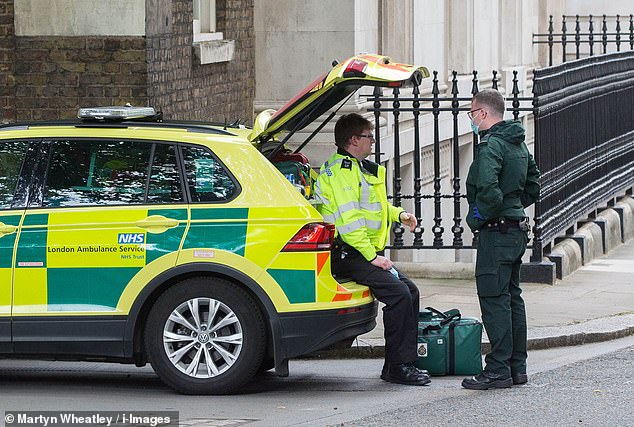 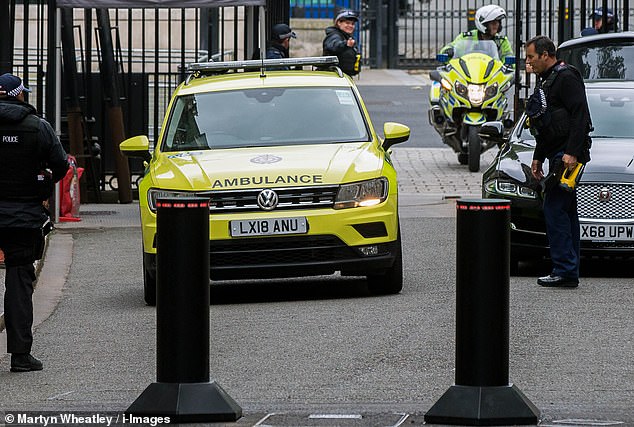 ‘It looks like the policeman hit by Boris back up police car hit the wing mirror.’

The Prime Minister is flanked by a team of protection officers who come from both the UK Special Forces and the Metropolitan police.

It is a job which yields handsome rewards and can pay a salary as high as £100,000 a year.

When the Prime Minster travels in his car protection officers flank the vehicle in the unmarked Range Rovers.

Previously there had been motorcycle outriders who had gone ahead, but these were stopped when David Cameron came to power.

A London Ambulance Service spokesperson told MailOnline: ‘We were called at 11.54am today to reports of an incident on Downing Street.

‘We sent an ambulance crew. They treated a person at the scene but did not take them to hospital.’