Boris Johnson tonight said he would give Jeremy Corbyn a pot jam for Christmas as the two leaders tried to play nice at the end of a crunch TV election debate.

The Tory leader and his Labour counterpart had traded vicious shots and brutal body blows for 50 minutes over Brexit, the NHS and their suitability to be PM during the ITV special.

But Mr Johnson and Mr Corbyn were told to put politics aside before they made their closing remarks.

They were asked by a member of the audience what Christmas presents they would buy for one another.

A grinning Mr Corbyn could not resist a jibe at Mr Johnson as he gave his answer. 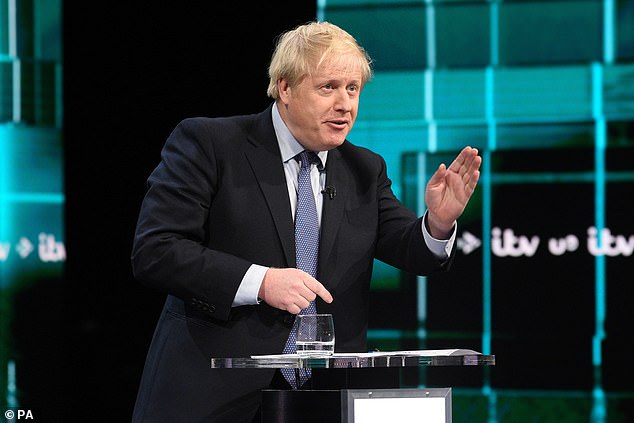 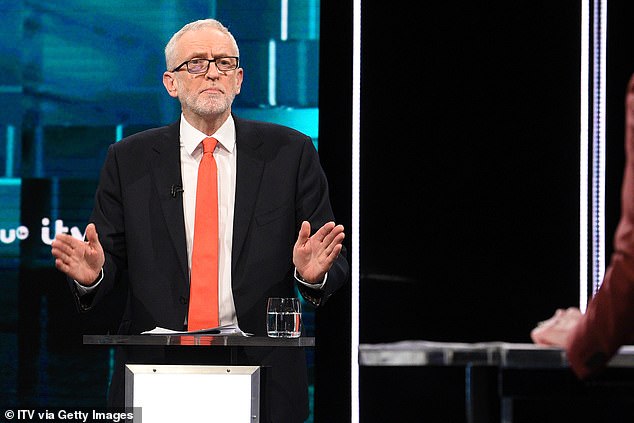 Mr Corbyn said he would get the Prime Minister a copy of Charles Dickens’ classic novel A Christmas Carol as he likened Mr Johnson to the main character Ebenezer Scrooge.

The Labour leader said: ‘I know Mr Johnson likes a good read, so what I would probably leave under the tree for him would be A Christmas Carol by Charles Dickens and he could then understand how nasty Scrooge was.’

Mr Corbyn has repeatedly attacked the last three Tory-led governments for public sector cuts and austerity as he compared Mr Johnson to the literary miser.

Mr Johnson had spent much of the debate trying to focus on Brexit – an area in which the Tories believe Labour is vulnerable due to its neutral stance on the issue.

The PM repeatedly stressed that he has a Brexit divorce deal which is ready to be implemented as he warned against more ‘dither’ if Mr Corbyn becomes PM.

As a result, it was perhaps unsurprising that Mr Johnson initially said he would get Mr Corbyn a copy of his Brexit deal for Chistmas.

He said: ‘I would probably leave a copy – since you want a literary reference – a copy of my brilliant Brexit deal.’ 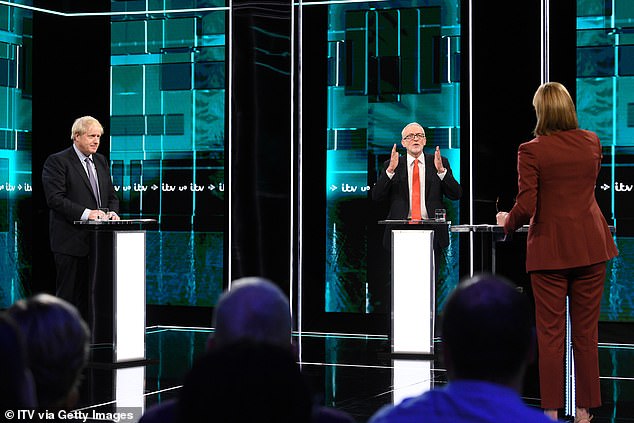 However, ITV host Julie Etchingham insisted that Mr Johnson needed to give a non-political answer.

Mr Johnson then said: ‘Mr Corbyn shares my love of plants and trees. I think maybe some damson jam.’

The Labour leader is well known for his love of making his own jam using fruit grown at his London allotment.