BORIS Johnson has promised business bosses Brexit will be done in WEEKS if he wins the election.

The PM said getting his deal signed off was the “best thing” for the economy. 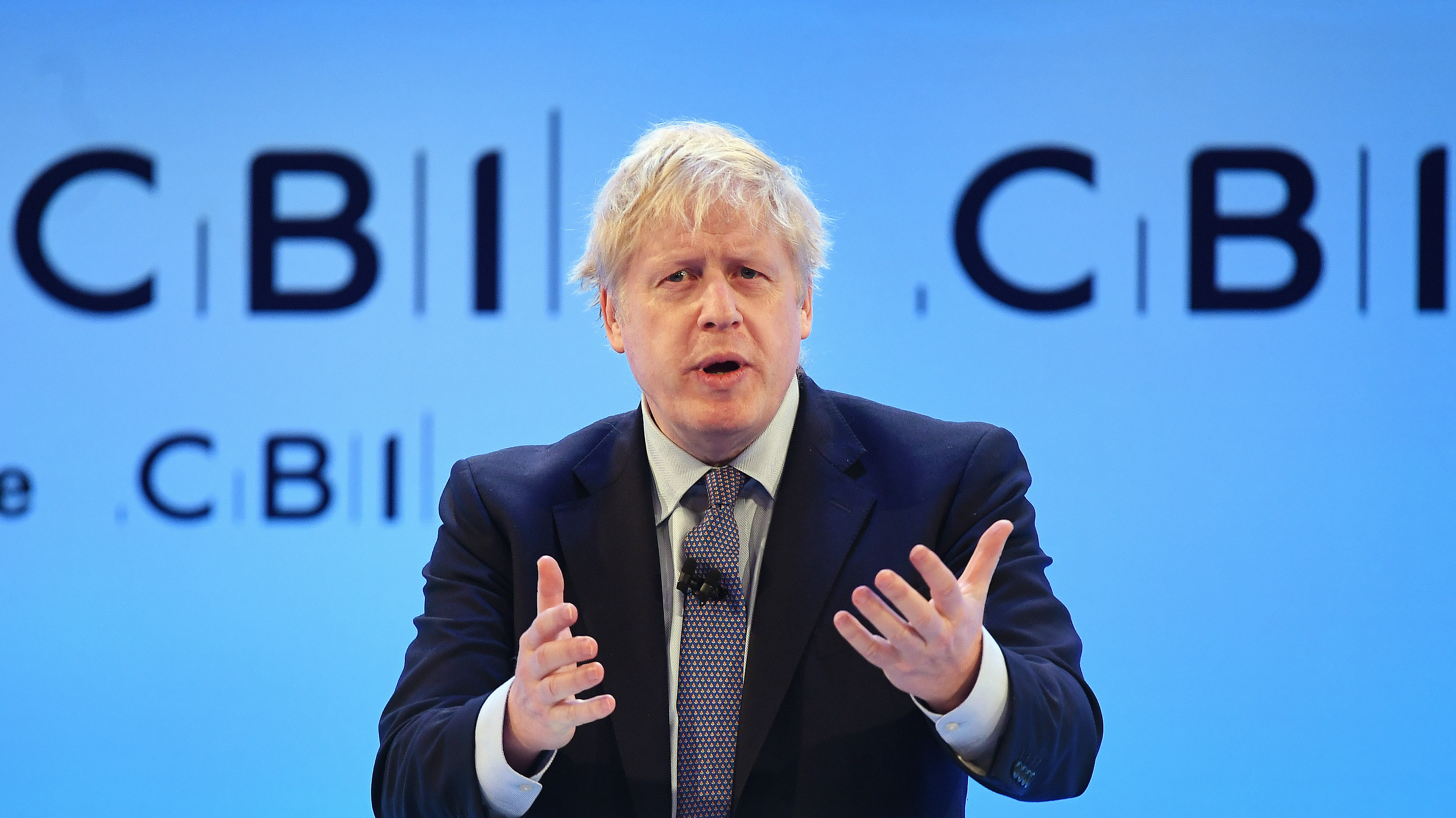 He also vowed to postpone cuts in corporation tax and keep Sajid Javid on as Chancellor after the election.

In a speech to the CBI conference in Greenwich, the Prime Minister said: "We have to get Brexit done because it is the best thing for our national mood, and the best thing to take our country forward.

"And by the way it's the best thing for the economy because the worst thing now is the continuing economic uncertainty: people waiting to take on new staff, or invest in property, or just to invest in this country."

The PM is planning a package of cuts to help smaller business “make the most out of Brexit”.

Last night the PM announced a quadruple boost for businesses in the UK – including a pledge to “reduce the overall burden of business rates” as part of a root-and-branch review of the hated property tax.

Business leaders also welcomed the PM’s announcement of a “fundamental review” of the unfair business rates regime, which has been blamed on the rapid decline of the High Street.

Mr Johnson last night promised that he would “reduce the overall burden of business rates” if the Tories win a majority on December 12.

Business rates are currently based on the rateable value of properties, which makes High Street buildings much more expensive than warehouses outside of town centres. It makes small retailers, barbers, pubs and other high street companies significantly disadvantaged compared to online retailers, who can operate out of cheaper real estate.

MPs have called for a radical overhaul of business rates, such as basing the tax on the value of land rather than the rateable value of the property.

The PM also unveiled a cut in employment taxes for half a million firms and said he will encourage investment by increasing the tax credit rate for research and development for firms working on science and technology projects.

And in a fourth move, he will also raise the tax relief on the purchase, building or leasing of properties — benefiting firms of all sizes.
Excluding the business rates move, the tax cuts are expected to provide a £1 billion boost for businesses in the UK in 2022/23.

The four-pronged tax cuts were announced ahead of Mr Johnson’s speech to business leaders at the Confederation of British Industry’s annual conference in London today.

All firms with an annual National Insurance Bill will benefit from the jobs tax cut, which will see the Employment Allowance raised from £3,000 to £4,000.

It will mean firms won’t have to pay Employer National Insurance Contributions (NICs)- known as the ‘jobs tax’ – on the first £4,000 of their annual bill.

The extra £1,000 buffer was a key demand by the Federation of Small Businesses, which represents nearly five million British firms. The FSB said many companies would need extra help with their NICs bill due to both parties’ pledges to radically increase the national minimum wage.

The further tax relief for construction firms will see the Structures and Building Allowance go up from 2 to 3 per cent. It means companies can claim back tax relief on the purchase, building or leasing of a structure – in a major boost to business investment.

Meanwhile the R&D tax credit will go up from 12 to 13 per cent – boosting private sector research and development investment in a move designed to tackle Britain’s damaging poor productivity.

In his CBI speech today Mr Johnson will directly confront the organisation’s famously Europhile history by urging them to put aside their pro-Remain tendencies and help end the uncertainty of Brexit.

Delivering Brexit will enable them to “focus on what you do best – spurring innovation, creating jobs, stimulating growth,” the PM will tell the CBI.

Mr Johnson is expected to say: "Let's not beat around the bush, big business didn't want Brexit. You made that clear in 2016 and this body said it louder than any other.

"But what is also clear is that what you want now – and have wanted for some time – is certainty.

Mr Johnson will attack Remainer MPs for putting Britain “stuck in gridlock and our economy stuck in first gear” and blame them for “marching business up to the top of the hill, only to march them down again”.

Yesterday the PM got each of the Tory party's 635 election candidates to personally sign a pledge to vote his Brexit deal through if the party wins a majority.