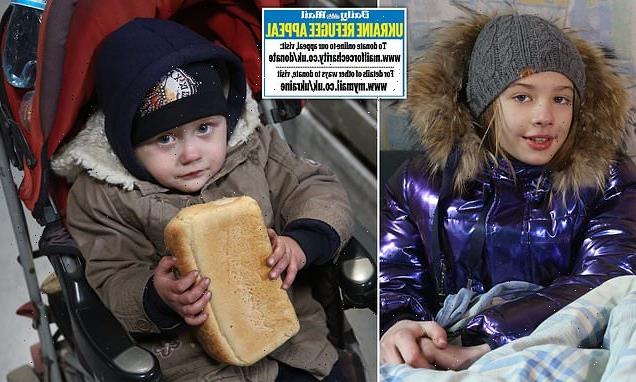 The Prime Minister said donations from the nation’s shopkeepers and entrepreneurs were making a ‘big difference’.

In an astonishing response to the humanitarian crisis, the Mail Force charity has now raised more than £9.1million to help refugees fleeing the horror in Ukraine.

Britain’s small business owners are boosting the fund through their own donations – with the scheme given the tag ‘small business, big difference’.

The initiative also shines a light on the nation’s entrepreneurs after two years of hardship during the pandemic. 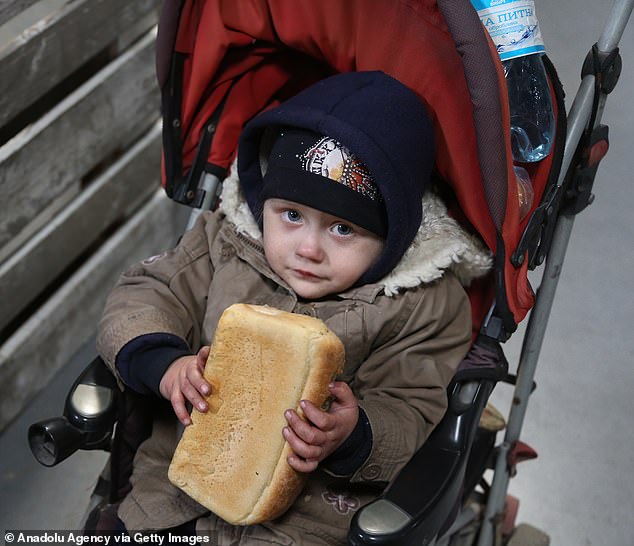 Boris Johnson has hailed small businesses backing the Mail Force Ukraine Appeal as the ‘best of Britain’. (Above, a child clutches a loaf as he leaves besieged Mariupol) 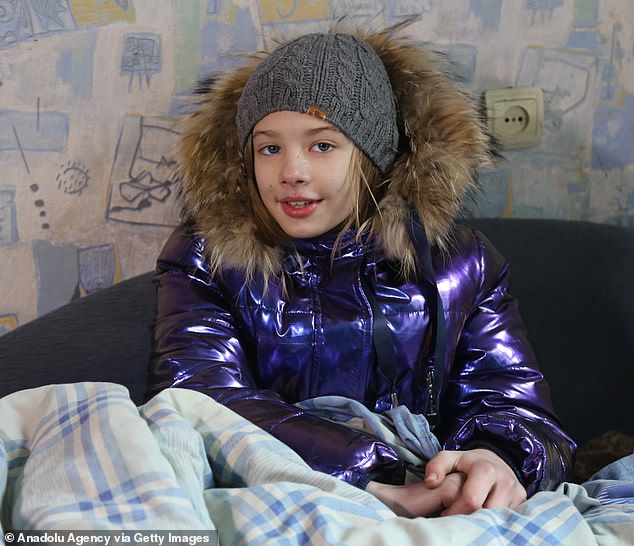 In an astonishing response to the humanitarian crisis, the Mail Force charity has now raised more than £9.1million to help refugees fleeing the horror in Ukraine. (Pictured, a girl inside a damaged building in Mariupol)

Yesterday the Prime Minister said: ‘It’s fantastic to see small businesses making a big difference by joining up with the Mail’s Ukraine appeal which has already raised record-breaking sums.

‘Since Putin’s illegal invasion began, we’ve seen countless examples of UK businesses going above and beyond to support those forced to flee their homes in Ukraine.

‘They really are the best of Britain and their generosity will make a real difference on the ground by keeping children in school and saving lives with vital food, water and medicine.’

Fiona Summers, who sells exercise machines known as Leg Masters, is among those to have donated. 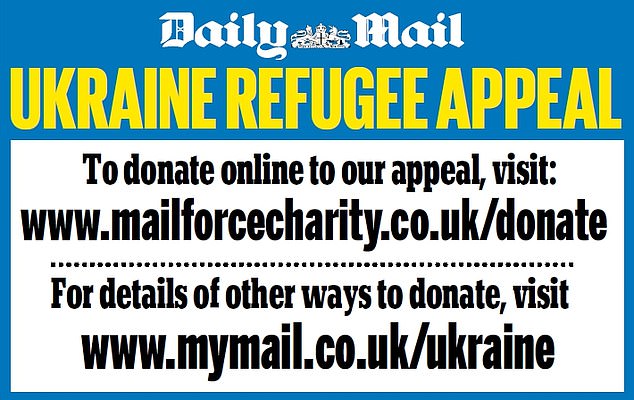 The mother of five, who donated £250, said: ‘Just looking at the images of those poor people, it’s like history is repeating itself with the Nazis.

‘I try to imagine myself in their position and of course it’s impossible as I am so disconnected in my comfortable life here while they are suffering there.

‘I wish there was more we could do to help them. I try to picture myself underground with my five daughters living as they are, with that horrific sense that a bomb might drop any moment. If they can get to Britain, I would certainly give them our spare rooms.’

Mrs Summers, 56, who created the Leg Master with her inventor husband Neil, sells the fitness gadget online and via the QVC shopping channel. She added: ‘I salute the Mail’s appeal and hope everyone gives generously.’

Another £250 was given by Rudy Porter, 59, who owns the Slick Willie’s skateboard shop in west London. He said: ‘We are one world, and we need to help where we can.’

Mr Porter, who has a 22-year-old son and a 13-year-old daughter, said: ‘It’s horrific, what is happening in Ukraine.

‘For me one of the important things is if we can help look after mothers and daughters in this country somehow and pay for their accommodation. It is easier for the fathers who have to stay and fight if they know their families are in a safe environment.

‘If we were invaded and I had to fight, I couldn’t do it unless I knew my wife and children were safe.’ 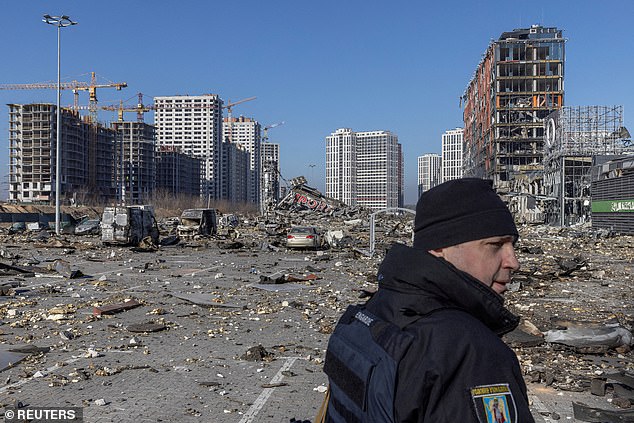 Miss Cork, 58, said: ‘It is inspirational to see the UK small business community leading again by example – the collective generosity is indeed making a big difference.’

Becca McClure, 31, who runs glamping business North Sky Yurts in Yorkshire, is also getting behind the initiative.

The mother of one, who runs the firm with business partner Charlotte Paine, said: ‘The scenes we are seeing on TV from Ukraine are just so shocking there is no way you can go about daily business and not be affected.

‘As the mum of a toddler, the very thought of being uprooted, forced to run out of your house, out of your city and find somewhere to stay in safety is just unimaginable. Is there some way of helping them?’

The Mail Force campaign was kick-started by a £500,000 donation from parent company DMGT at the personal request of Lord and Lady Rothermere.

Since then the money from generous readers has rolled in.

The Mail Force charity is giving money to aid organisations already helping refugees. These include the United Nations Refugee Agency (UNHCR), which has received a £1million donation.

The Red Cross, CARE International, Unicef and the Refugee Council have received £500,000 each.

Donations of £250,000 have also been made to the AMAR Foundation and The Halo Trust.