A personalised military jacket is part of every US president’s wardrobe, and Boris Johnson was given his own British version today.

Mr Johnson was given a Royal Navy ‘foulie’ jacket emblazoned with ‘Prime Minister’ as a gift by the Ministry of Defence as he visited Faslane  Naval Base in Scotland.

The wet weather gear came in useful on his visit to the west coast home of the nuclear submarine fleet as part of a visit to Scotland to discuss Brexit and the Union.

It echoes a coat worn by US president Donald Trump and his predecessors, who were each presented with a green US Navy flight jacket with their name and ‘Commander-in-Chief’ written on it.

Similar jackets were worn by Barack Obama and his predecessor George W Bush, who wore one during a summit with then prime minister Tony Blair. 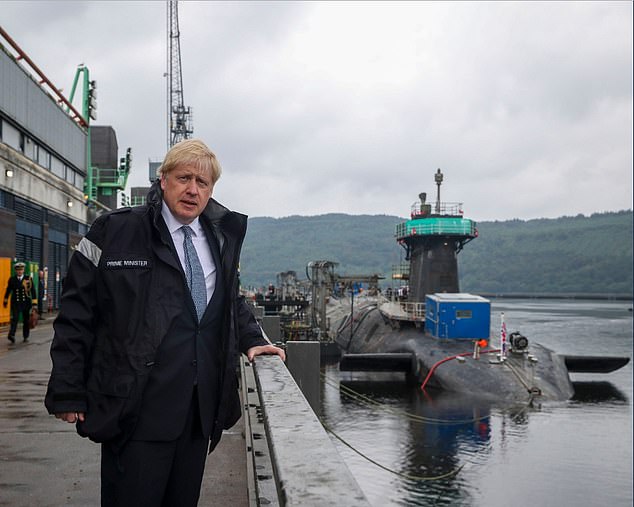 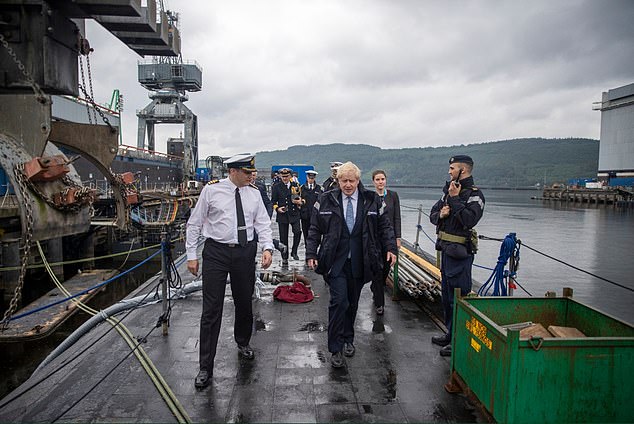 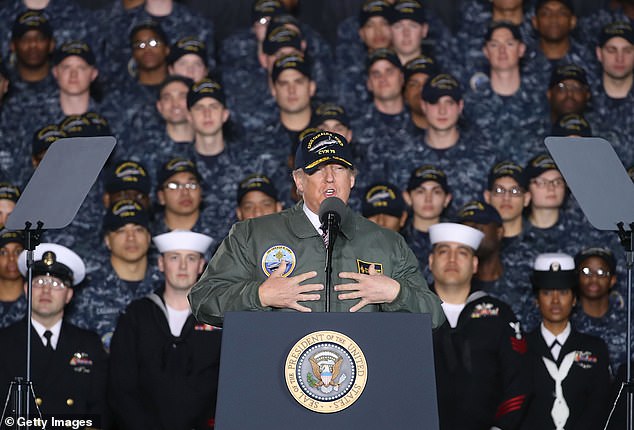 Mr Trump wearing his own military jacket, with a badge on the left breast with his name and rank on it, on a visit to the USS Gerald R Ford aircraft carrier in Virginia in 2017 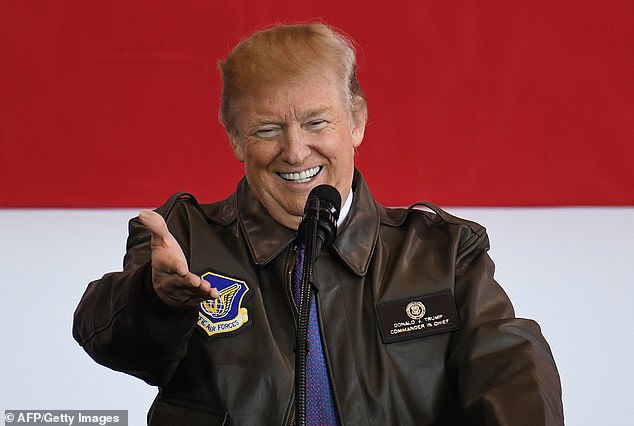 Social media users were quick to point out the apparent hypocrisy of Trump donning the military gear, after having dodged the Vietnam War draft five times in the 1960s 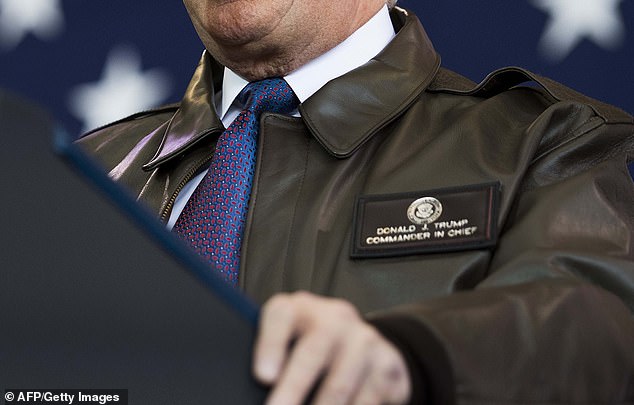 Mr Trump wearing a similar monogrammed jacket during a visit to US personnel at Yokota Air Base at Fussa in Tokyo on November 5, 2017

Mr  Trump angered US veterans in March 2017 when he gave a speech aboard the USS Gerald R Ford aircraft carrier wearing the Navy flight jacket and admiral’s cap.

Social media users were quick to point out the apparent hypocrisy of Trump donning the military gear, after having dodged the Vietnam War draft five times in the 1960s.

Many others tweeted supporting statements and commented on Trump’s history with the military. 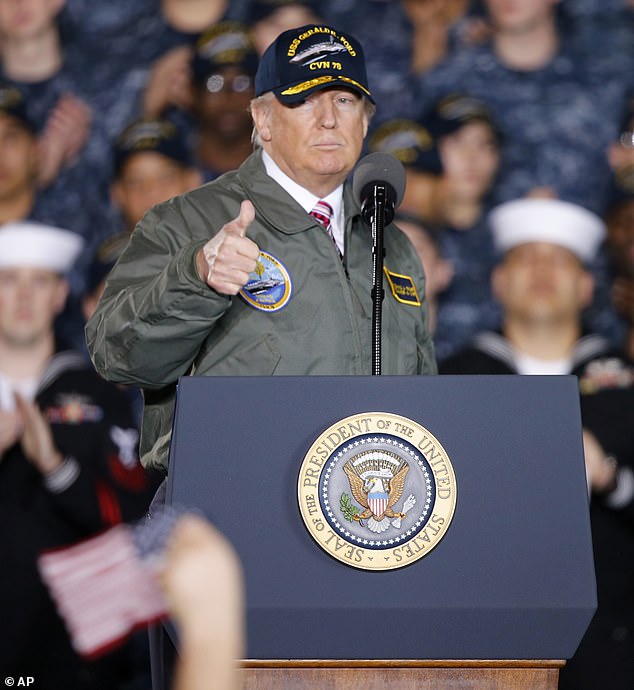 Speaking to reporters at Faslane, Mr Johnson said he was ‘with’ Scottish Tory leader Ruth Davidson in wanting to get a settlement with the EU – but insisted No Deal must happen if the bloc defies his call to rework the Irish border backstop.

‘It has been the policy of the Government for a long time now to prepare for no deal, and that is what we are going to do with high hearts and growing confidence, we will prepare for a no-deal Brexit,’ he said.

‘If our friends and partners in Brussels will not change the Withdrawal Agreement, if they will not accommodate the will of Parliament which has said three times now that they cannot accept the backstop, then obviously you would expect us to get ready and that is what we will do.’ 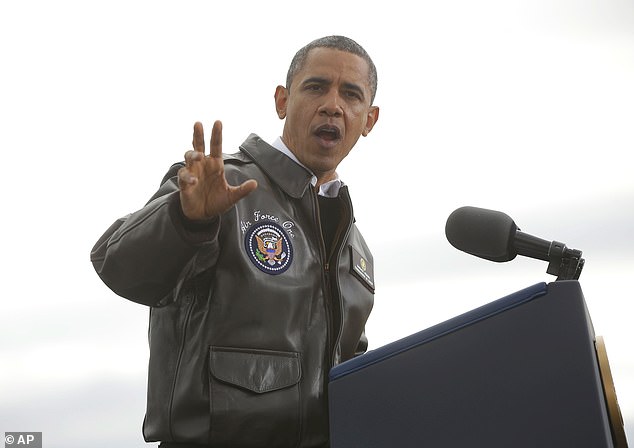 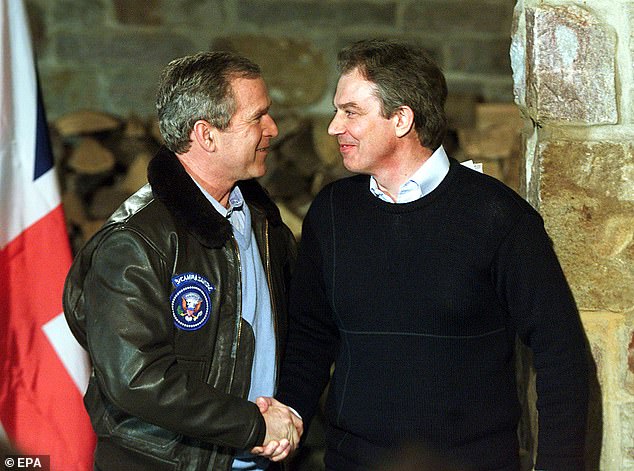 But he appeared to contradict a claim from Brexit minister Michael Gove that No Deal is now the government’s ‘working assumption’ and a ‘very real possibility’.

He said he stood by his estimate during the Tory leadership campaign that the chances of leaving without an agreement are a ‘million to one’, and said his ‘assumption is that we can get a new deal’.

All eyes have been on Olivia Wilde over the past couple of decades. From making her name as a recurring...