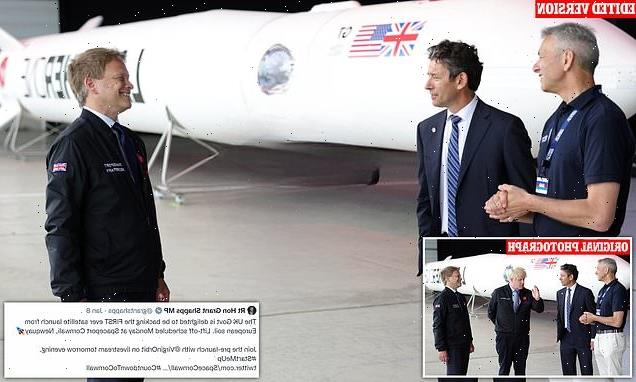 Now you see him… and now you don’t! Boris Johnson is Photoshopped out of space launch picture tweeted out by Grant Shapps – but allies claim he had no idea about the airbrushing and is ‘proud’ to have served in ex-PM’s government

Boris Johnson has been deleted out of a picture of Britain’s abortive space launch in an embarrassing Photoshop fail.

However, eagle-eyed social media users quickly spotted that there was something missing from the photograph.

Another version issued by Downing Street in 2021 showed an identical scene, but with the then-PM in the middle.

Sources close to Mr Shapps insisted he had no idea that the airbrushing was happening, and had been ‘proud’ to serve in Mr Johnson’s government.

The image was deleted soon after the tweak was noticed. 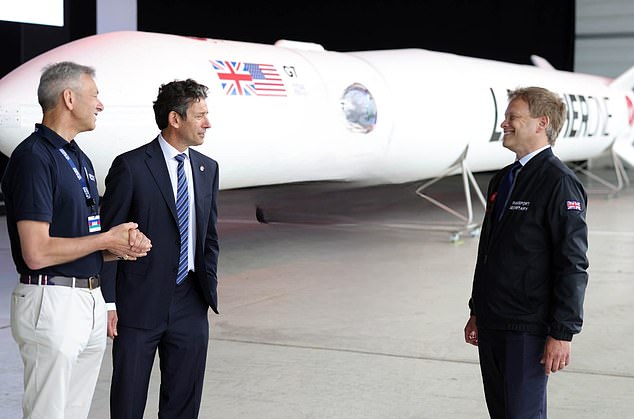 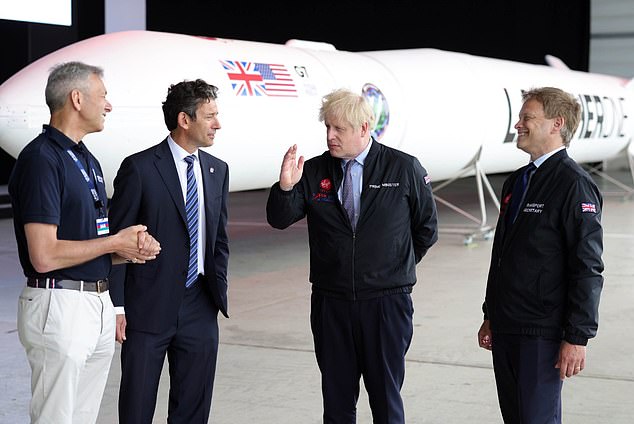 However, eagle-eyed social media users quickly spotted that there was something missing from the photograph. Another version issued by Downing Street in 2021 showed an identical scene, but with the then-PM in the middle

It shows the then-Conservative leader, brow furrowed and arm raised, wearing a jacket emblazoned with the words: ‘Prime Minister.’

Mr Shapps deleted his tweet after the apparent editing was spotted.

A source close to Mr Shapps said: ‘Grant wasn’t aware anyone had edited the picture. He removed it as soon as it was pointed out.

‘Obviously he wouldn’t endorse anyone rewriting history by removing the former Prime Minister from a picture. He was proud to serve in Boris Johnson’s Government’

A launch attempt yesterday morning ended in failure after suffering an ‘anomaly’ during the flight.

After taking off from Cornwall, the Virgin Orbit plane flew to 35,000ft over the Atlantic Ocean where it jettisoned the rocket containing nine small satellites towards space.

Organisers of the Start Me Up mission said the rocket – with a variety of civil and defence applications – failed to orbit.

After the launch failed, Mr Shapps told Sky News: ‘Space is difficult. Everyone’s used to seeing rockets which explode from Japan, what have you.

‘The great thing about this technology is that no-one was harmed. The pilots came back in the aircraft.

‘It didn’t work. I’ve no doubt that they’ll pick themselves up, dust themselves off and they’ll go again once they find out what exactly went wrong with it.’

Mr Shapps did not know the time schedule for another possible attempt.

‘It was a big moment nonetheless yesterday,’ he added.