Nineteen more migrants have reportedly arrived in two boats off the Kent coast early this morning.

The boats were intercepted by Border Force officials they were spotted near the coast of Dover at 4.15am.

Their interception means that since March 21 a total of 64 migrants have been caught trying to get across the Channel and start a new life in the UK. 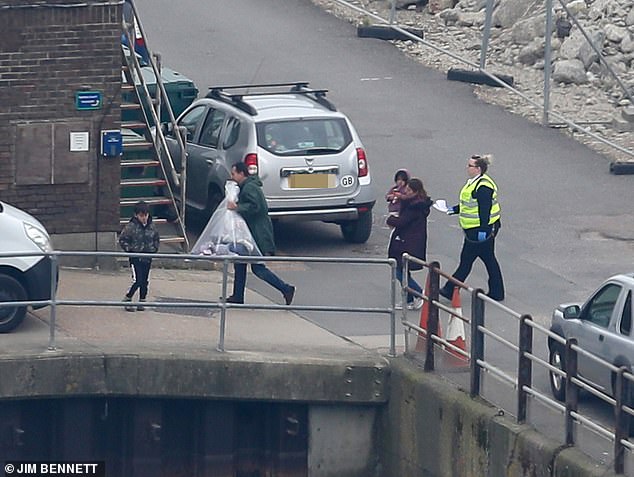 Border Force officials intercepted a boat carrying suspected migrants off the coast of Kent this morning. A total of 19 people were taken from two boats approaching Dover at 4.15am 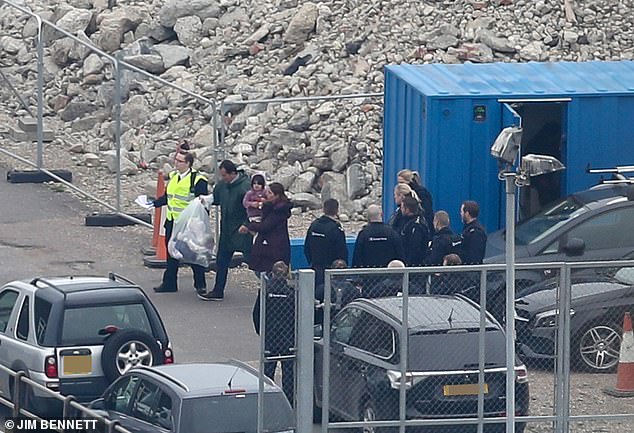 This morning’s group is believed to contain 11 men, a woman and two children 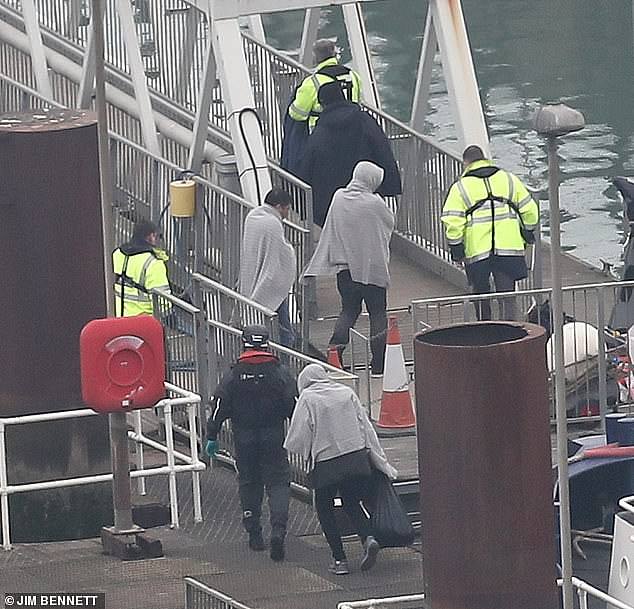 No further details of the migrants are available at this early stage.

It comes after a boat carrying 14 migrants – including two children – arrived off the Kent coast in the early hours of Wednesday morning.

The group, which included nine men, a woman and two children, were discovered and presented themselves as Iraqi nationals. Two other men claimed to be Iranian.

Police were alerted to the incident at around 1am.

A Border Force cutter was sent to the scene and identified the vessel close to Folkestone travelling towards the UK coast.

The group have interviewed by immigration officials from the Home Office. 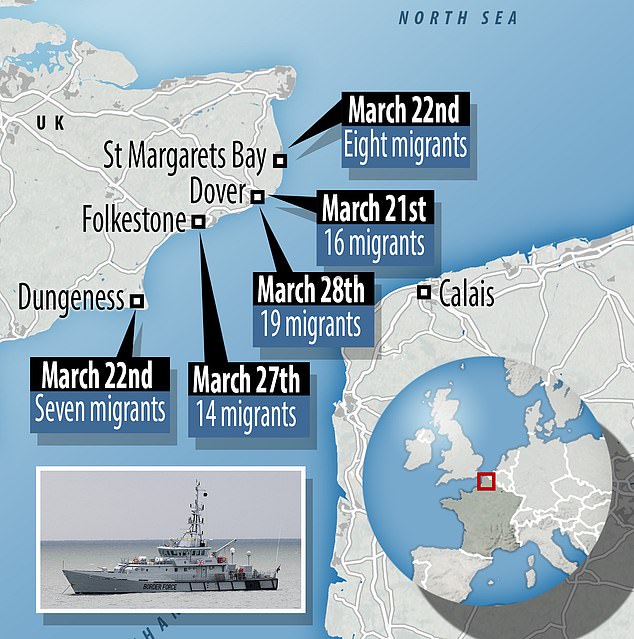 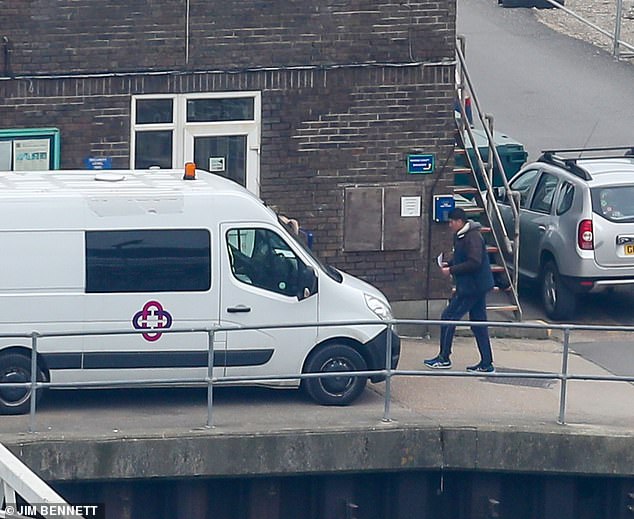 Hundreds of migrants have made the perilous trip from Calais to Dover – the busiest shipping lane in the world – since last November.

It is feared the numbers of people making the crossing will increase over the coming weeks as the weather improves.

Earlier in the week, a woman and a child thought to be from Eritrea, were held at Teesport, Middlesbrough, at 7pm on Monday, on suspicion of entering the UK on a cargo ship.

The woman was taken to hospital complaining of chest pains, but has since been discharged.

The child was taken into the care of social services.

Border Force, the Home Office agency, said the cases of all seven people will now be dealt with according to immigration rules. 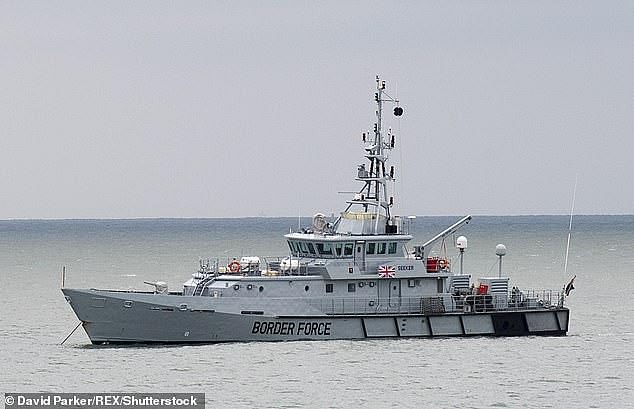 Government agencies have launched a poster urging the public to report suspicious boats that may contain illegal immigrants.

The illustration, designed as part of a multi-agency campaign called Project Kraken between the UK Border Force, National Crime Agency and Kent Police shows a lighthouse beam with the words ‘Seen something suspicious?’

It has been put up in the towns of Dover and Deal in Kent.

Members of the public who work in the maritime industries, or near a harbour and those who dive, fish, visit the coast regularly or live there are being encouraged to be vigilant.

The campaign wants people to look out for things such as boats arriving at unusual times or in isolated locations and people taking an interest in port security or buildings.

Other things they ask people to look out for include vessels with unusual modifications or minor damage.

It also asks people to look out for attempts to signal to vessels offshore or guide them into an unusual landfall.

‘But in terms of people trafficking, this is the wrong thing to be focusing on.

‘We need stronger border security on the French side of the Channel.

‘The best way to deter these dangerous crossings is for traffickers to know they will not succeed. Yet if they have reached our waters, they have succeeded.

‘That’s why we need the Channel to be made a joint UK/France security zone with 24/7 aerial surveillance along the French coast, so that migrants can be picked up and returned safely to France.’