The controversial film, a period drama set in 14th century, about a Muslim king and a Hindu queen opens amid protests. 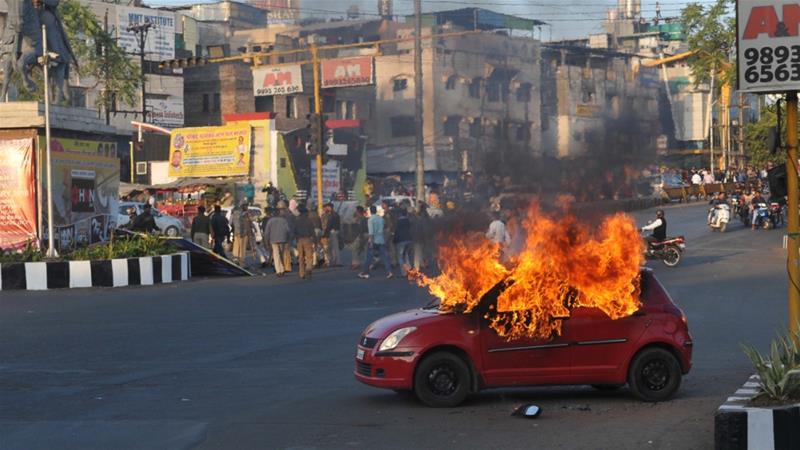 Many Indian states ruled by the right-wing Bharatiya Janata Party (BJP), including Haryana, Gujarat, Bihar and Rajasthan, have stepped up security after members of Karni Sena, a Rajput caste organisation, ran amok in the past couple of days.

The period drama set in the 14th century has enraged the Rajput group who want the film to be banned for allegedly “disrespecting the sentiments of the community”.

The film, dogged by protests since its inception, was released on Thursday across the country after the Supreme Court lifted a ban on the film.

An attack on a school bus in Gurugram, a wealthy suburb of the capital, New Delhi, on Wednesday by members of the Rajput caste forced authorities to shut schools in and around the city ahead of the release. 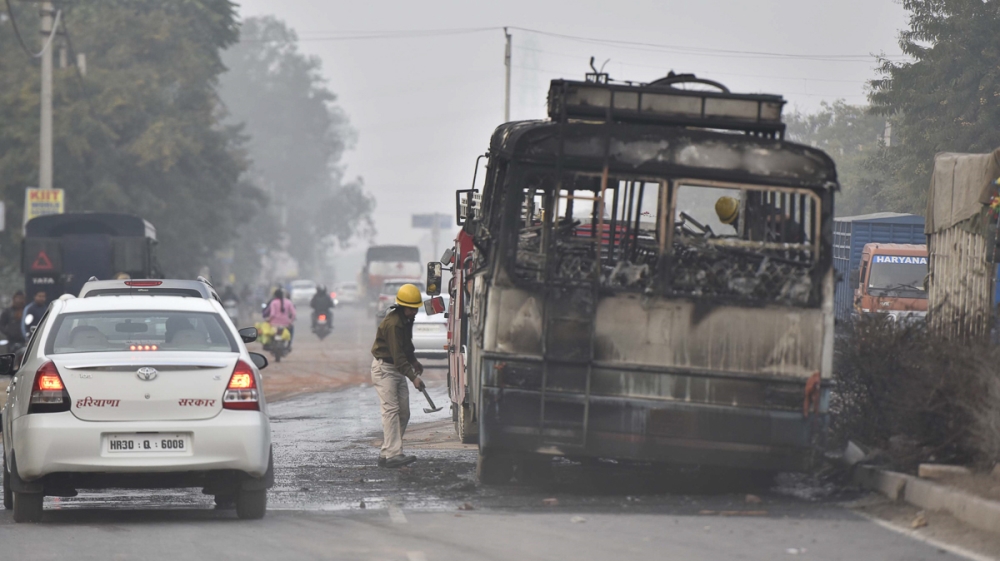 Videos of petrified children sobbing while cowering in fear under seats in the bus went viral on social media sites, triggering public outrage.

At least 18 people have been arrested in connection with the school bus attack, a police official told Al Jazeera.

“We have deployed mobile patrol units with adequate force who are moving on important roads of the district. We have set up pickets so that we can counteract movements of any miscreants,” Sandeep Khirwar, Commissioner of Police in Gurugram, told Al Jazeera.

“The 18 arrested for the school bus attack will be produced in court. They will be brought to swift justice,” he added.

On Tuesday, protests in the state of Gujarat turned violent with a mob burning dozens of motorcycles and vandalising cinema halls, following which state police opened fire on the crowd.

Members of Karni Sena heading the protests participated in a “bike rally” on Thursday in Jaipur, the capital of Rajasthan, asking for a ban on the film.

The movie is an adaptation of Padmavat, an epic poem written in the 16th century by poet Malik Muhammad Jayasi. The protagonist in the novel was Hindu queen Padmini who jumped into a fire “to save her honour” from medieval Muslim King Alauddin Khilji.

“I want to watch the film before outraging. The trailer looks interesting. I don’t understand the fuss around it; it is all politics. Me and my wife are here to enjoy the film,” said Vikas Singh, who came to watch the film at Satyam Cineplexes in Nehru Place in South Delhi. The 30-year-old was wary of being photographed, however, saying, “I don’t want my photo on social media.”

The film’s sets were vandalised more than once, and the filmmaker Sanjay Leela Bhansali was roughed up last year during the shooting of the film.

Many commentators have, however, criticised Bhansali for portraying the Muslim king as a “monster”. Writing on the DailyO website, columnist Kaveeree Bamzai said: “Padmaavat is actually about ‘good Hindus’ and ‘bad Muslims'”.

“If the right wing had crafted the story of Padmaavat, they could not have done a better job than Sanjay Leela Bhansali. Alauddin Khilji is an unrelieved monster, frequently referred to as Yamraj and Ravana.”

The Multiplex Association of India, which represents about 75 percent of multiplex owners in the country, said its members would not screen the film in four BJP-ruled states – Rajasthan, Gujarat, Madhya Pradesh and Goa – owing to security concerns.

Indian opposition parties have criticised the government for “failing” to uphold law and order.

“When they attacked Muslims all were silent; when they attacked Dalits even then all were silent; now they are coming after our children – can we still afford to be silent?” Arvind Kejriwal, chief minister of Delhi, said on Thursday referring to the rising violence against Muslims and the lower Dalit castes by Hindu far-right groups affiliated to the ruling dispensation. 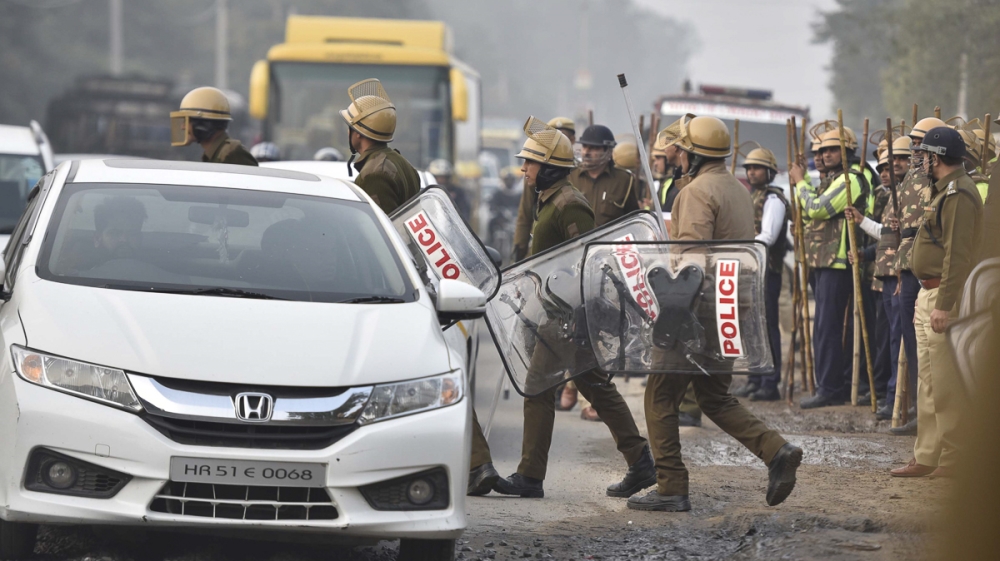 Prime Minister Modi has not yet spoken against the violence. But legislators from his BJP party have criticised the makers of the film.

“Freedom of expression does not allow you to distort history,” India’s Junior Foreign Minister VK Singh said on Thursday.

Subramaniam Swamy, a member of parliament from the BJP, said the film “opens old wounds, and that is why such films should not be made”.

In November last year, a leader of the ruling BJP announced a bounty of nearly $1.5 million for anyone willing to behead the film’s lead actor Deepika Padukone and the film’s director Bhansali.

“It’s time for us to celebrate and see the film do wonders at box office. The best response is the one we can give to someone through the work we do,” Padukone said on Wednesday.