A Scottish mountaineer has spoken of his relief after the bodies of his two friends who disappeared in the Himalayas more than 30 years ago were finally found.

Climber Steve Aisthorpe, 55, was with his two friends Kristinn Runarsson and Thorsteinn Gudjonsson during an expedition to Pumori in October 1988.

The remains of the two Icelandic climbers, both 27 years old, were discovered by an American mountaineer at the edge of a glacier on the Nepal-Tibet border, according to a report from the Church of Scotland. 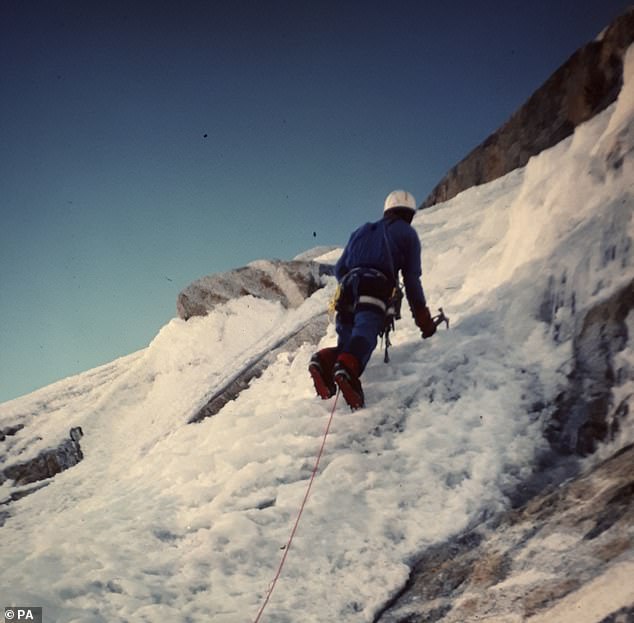 Mr Aisthorpe, a mission development worker for the Church of Scotland, said it is likely the pair fell from the face of the mountain and their remains were slowly carried down by a retreating glacier over the last 30 years.

The bodies were brought back to Kathmandu, the capital of Nepal, by a group of local climbers and a cremation service was attended by relatives.

The men’s ashes were then brought back to Iceland.

Mr Aisthorpe, of Kincraig near Aviemore in the Highlands, said: ‘The discovery of the remains of Thorsteinn and Kristinn after so many years have inevitably brought many emotions to the surface for all who knew and loved these wonderful guys.

‘It has also brought people together and I pray will help with greater closure and, in time, peace.

‘My diary of the expedition reminds me of how, as someone who had only recently embraced the Christian faith, I found comfort and guidance as I turned to God in prayer. 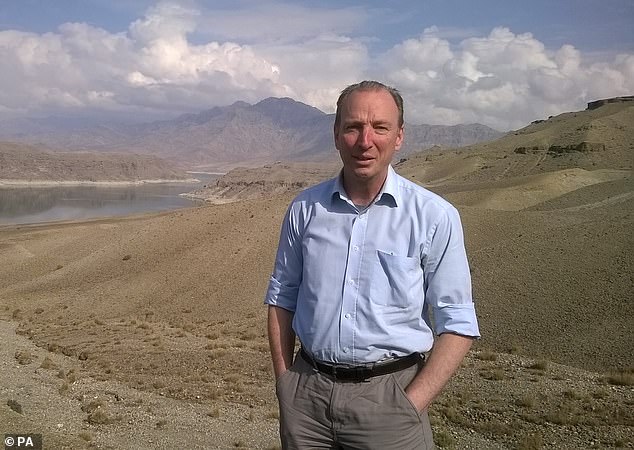 ‘In the midst of the desperate tasks of searching and then leaving the mountain alone, the words of a psalm were a personal reality – ‘God is our refuge and strength, an ever-present help in trouble’.

‘I plan to go to Reykjavik in Iceland to meet their families soon and pay my respects.’

Mr Aisthorpe, author of a book called The Invisible Church, said further clues about what exactly happened to the men could emerge.

Two camera films were found in a pocket of a jacket and have been sent to a specialist in Australia for development.

During the four-man expedition up the challenging 23,494ft neighbour of Mount Everest, Mr Aisthorpe had begun to suffer from gastric flu and he had descended to the village of Pheriche to consult a doctor with another ill mountaineer.

The doctor told him it would take a week for him to recover, so he sent a message to the camp suggesting that Mr Runarsson and Mr Gudjonsson ‘should feel free’ to make a summit attempt without him.

They set off and were never seen again. 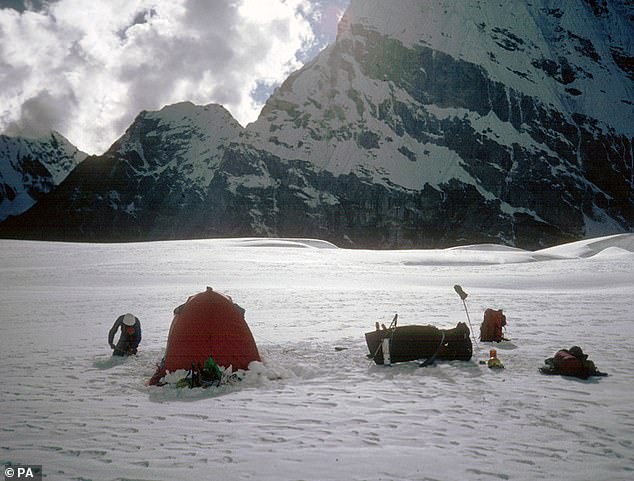 ‘I’ve never felt as alone as the day I arrived back at our high camp,’ Mr Aisthorpe said.

‘As I worked my way upwards, I desperately hoped that Kristinn and Torsteinn had descended safely and were now lying in their sleeping bags in the tiny red tent camp.

‘As it came into view, I called out at the top of my voice – my calls echoed from the rocks and ice before fading.

‘But the silence was palpable.

‘Even as I finally reached and then unzipped the tent, I still nurtured a hope that the boys would be lying there, comatose, sleeping off the climb of their lives.

‘But it was empty and I scanned our route up the steep face above, but nothing moved. It was then that my guts started to twist and a cold sweat began.’ 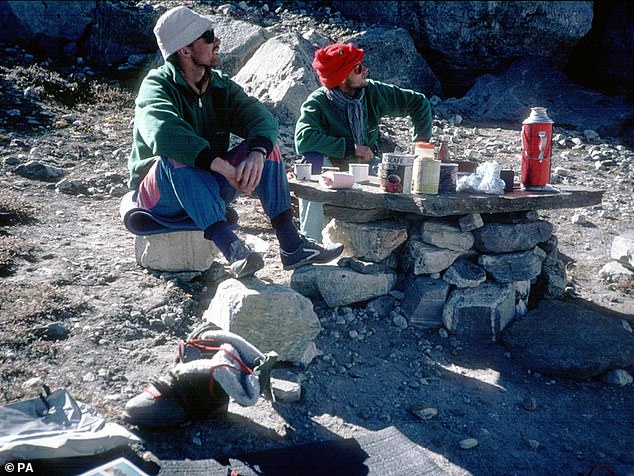 Mr Aisthorpe said he called for help and a helicopter search was launched five days after the men were last seen.

He added: ‘A couple of weeks later I left the area, convinced that Kristinn and Torsteinn must have fallen somewhere high on the face and their remains swallowed by the cavernous crevasse below.

‘This was what I explained to their families and friends on a visit to Reykjavík shortly after my return from Nepal.’

Thorsteinn and Kristinn were considered to be Iceland’s leading exponents of Himalayan climbing at the time and were well-known for their easy-going personalities.

Runarsson’s girlfriend was pregnant when he disappeared, his father Runar Gudbjartsson told the Iceland Monitor.

The tragedy did not put Mr Aisthorpe off Nepal or mountaineering.

Over the following few years he returned to the country each spring and autumn before moving there for 12 years with his wife Liz and his two sons, John and Scott. 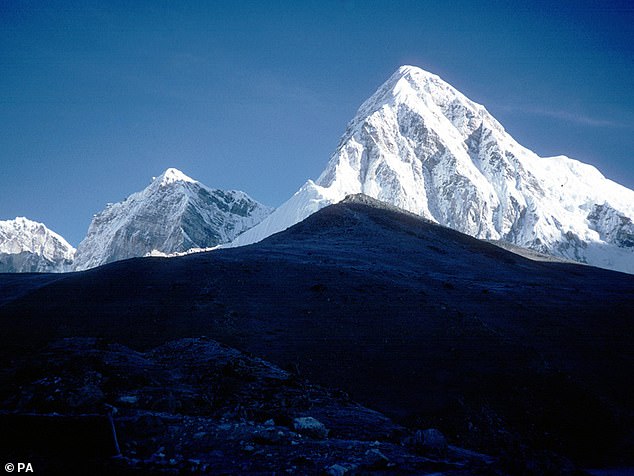 The west face of Mount Pumori on the Nepal-Tibet border, where the two men went missing 30 years ago and where their bodies were recently found by an American mountaineer