Flipping heck! BMX rider lands face first after clipping the ceiling as he tries to perform a flip

This BMX rider would have been left with a nasty taste in his mouth after face-planting on a ramp.

During a session at the Adrenaline Alley skatepark in Corby, Northamptonshire, the brave youngster had a friend film him as he tried to pull off a no-handed frontflip.

The cyclist powered up the slope but midway through the stunt bailed on the trick and ended up crashing face-first into the top of the ramp. 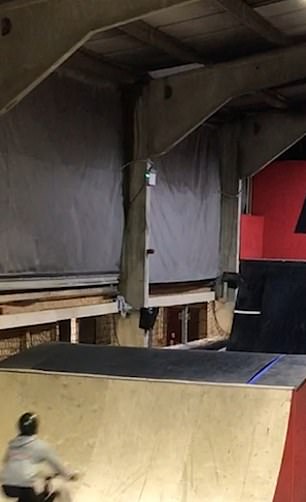 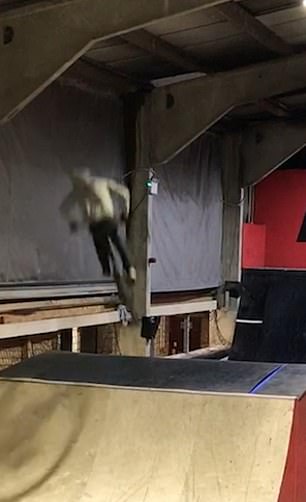 Yet midway through the stunt, the biker bailed on the trick but crashed face-first.

The rear wheel of his bike clipped the ceiling but somehow the biker managed to walk away crash uninjured.

He said: ‘I was practicing at my local skatepark, Adrenaline Alley. I had been working on no handed frontflips for a while in the foam pit and decided to try on a proper ramp.

‘As you can see I popped off the takeoff too hard and my back wheel hit a roof beam! I walked away completely uninjured.’ 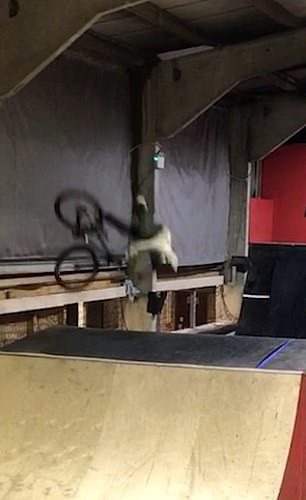 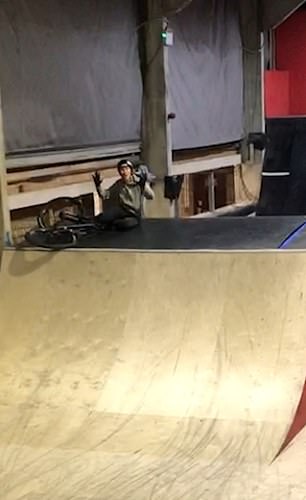