Washington: The co-founder of LinkedIn, Reid Hoffman, has apologised for funding a group linked to a "highly disturbing" effort to spread disinformation via social media during last year's Alabama special election for the US Senate.

However, Hoffman, who was at one time LinkedIn's executive chairman, and also an early investor in Facebook, said he was not aware that his money was being used for this purpose. 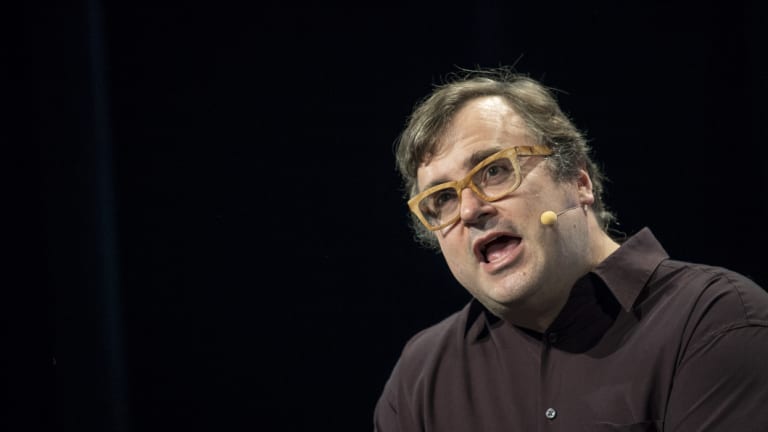 Hoffman's statement is his first acknowledgement of his ties to a campaign that adopted tactics similar to those deployed by Russian operatives during the 2016 presidential election.

The effort, known as Project Birmingham, involved the creation of misleading Facebook pages to persuade Alabama conservatives to vote for somebody other than Moore. Backers created false online evidence that a network of Russian automated accounts, called bots, were supporting Moore.

In his statement, Hoffman called this report "the most disturbing aspect" of the disinformation effort.

Hoffman expressed support for a federal investigation into what happened.

The Alabama effort was one of a series of multimillion-dollar expenditures that Hoffman made to dozens of left-leaning groups in the aftermath of the 2016 election, when he offered himself to reeling Democrats as a source of money, connections and Silicon Valley-style disruption to the staid world of party politics.

Hoffman invested $750,000 in one group, American Engagement Technologies, or AET, according to a person close to the matter. Hoffman's statement on Wednesday referred to AET, which has been linked to a campaign to spread disinformation targeting Moore. 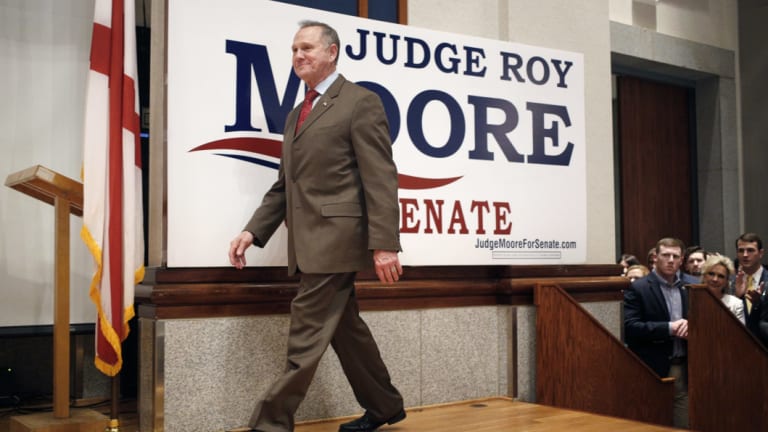 Roy Moore, a Republican from Alabama, walks onstage during an election night party in Montgomery, Alabama, last year. He lost.Credit:Bloomberg

But the statement left key facts unaddressed, including a full accounting of everyone who crafted and executed the campaign. The effort was the subject of a presentation in September to a group of liberal-leaning technology experts who met in downtown Washington to discuss electoral tactics, according to one of the attendees and documents from the meeting

Hoffman said in the statement, "I find the tactics that have been recently reported highly disturbing. For that reason, I am embarrassed by my failure to track AET – the organisation I did support – more diligently as it made its own decisions to perhaps fund projects that I would reject."

The head of AET, former Obama administration official and Google engineer Mikey Dickerson, has not responded to numerous requests for comment.

Hoffman's statement said AET had provided funding for New Knowledge, a Texas-based research firm whose CEO Jonathon Morgan has acknowledged using disinformation tactics on a small scale in the Alabama election for a research project. Morgan has repeatedly denied involvement in the broader effort described in news reports.

Morgan said on Wednesday that he wasn't aware that the funding for the work in Alabama, which he portrayed as for research purposes, came from Hoffman. "I can't object strongly enough to the characterisation that we were trying to influence an election in any way," Morgan said.

Facebook suspended Morgan and other individuals on Saturday for violating its policies against "coordinated inauthentic" behaviour during the 2017 Alabama election.

In his statement, Hoffman sought to distance himself from misleading online tactics, saying, "I want to be unequivocal: there is absolutely no place in our democracy for manipulating facts or using falsehoods to gain political advantage."

Along with donations to party candidates, Hoffman said he has backed "dozens of organisations."

Hoffman coordinated many of his investments with Investing in US, a group led by Dmitri Mehlhorn, Hoffman's longtime top political adviser.

Mehlhorn previously acknowledged a willingness to experiment with some tactics honed by the Internet Research Agency, the Russian disinformation operation charged by US officials with several crimes for meddling in the US election.

"The tactics they engaged in (that) we need to disavow (include) misinformation and promoting racial hatred. The tactics we need to mirror are really good social microtargeting."

Throughout the 2018 election season, Hoffman directed his cash toward other organisations that aimed to target conservatives on Facebook. These groups created pages and purchased ads on the social-networking site with the goal of trying to "appeal to the centre right" of the political spectrum, Mehlhorn said. They sought to get those users' attention on topics including patriotism and sports, then presented them with real political news stories and policy-focused ads.

Central to that effort was News for Democracy, which received money from Hoffman, according to a person with knowledge of the investment. Over the past year, it created or promoted Facebook pages including "Sounds Like Tennessee," the person said.

The Facebook page appeared to be about sharing news about college football and local hunters. But it also bought at least one ad that criticised since-elected Republican senator Marsha Blackburn for her record on opioid abuse, according to Facebook's ad archive.

In total, News for Democracy had vast reach: its ads garnered at least 16 million impressions on Facebook over a two-week period in September, according to researchers at New York University's Tandon School of Engineering.

The organisation is not required to identify its donors, and Hoffman declined to comment through an aide. Mehlhorn said that he sits on the group's board of directors and that Investing in US has pitched it as a potential place for Democratic donors to direct their support.

"Social media tends to drive people into hyperpartisan camps," said Dan Fletcher, the founder of MotiveAI, another Hoffman-backed startup that sought to target political messages to voters on Facebook.

"Part of what we've tried to figure out is whether there's a way you can reach people with facts that stretch beyond just a left versus right dichotomy."