That’s the spirit! Theresa May dons her hi-vis to pick up litter as Bill Gates praises the army of volunteers joining The Mail’s Great British Spring Clean

The Microsoft founder, 63, is the second-richest man in the world and has donated billions of his fortune to help eradicate poverty and disease across the globe through his charitable foundation.

He praised those who ‘come together and actually achieve something’ – as Theresa May did just that.

The Prime Minister and her husband Philip did their bit to help clean up Britain when they donned high-vis jackets to take part in a litter pick in Mrs May’s constituency of Maidenhead in Berkshire.

Despite snow on the ground, a determined band of volunteers collected litter and other rubbish in a local park.

The group, Maidenhead Matters, which aims to reduce litter and the use of plastics in its community, has pledged to take part in The Great British Spring Clean.

In just over a week, a remarkable 28,705 people have pledged to offer their time to the campaign. When The Great British Spring Clean was launched Mrs May described it as ‘a fantastic initiative which we can all play a part in’. 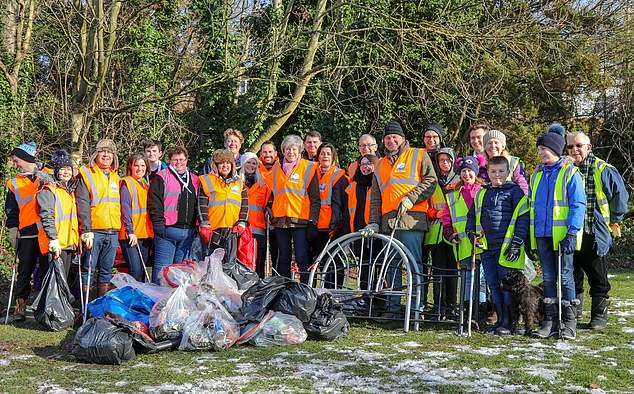 In partnership with Keep Britain Tidy, the Daily Mail aims to enlist half a million volunteers to help pick up litter between March 22 and April 23.

The campaign, which it is hoped will be the biggest environmental event of the year, has already been backed by Sir David Attenborough, Prince William, the National Trust, Greenpeace and even the United Nations.

Mark Carney, governor of the Bank of England, added his support yesterday, saying The Great British Spring Clean would allow everyone to ‘do their bit’ for the oceans.

Mr Gates praised the spirit behind the campaign and others like it, saying: ‘The idea of volunteerism and caring about other people, empathy … drawing people into a community project where you work together and show that humans care about other people, those sorts of values are great.

‘Instead of people sitting there feeling fractured and unhappy, they come together and actually achieve something together.

‘They have a sense that they have a voice. Caring for other people makes all the difference.’

Calling on bankers to join the war on litter, Mr Carney highlighted the devastating effect it has on our environment.

‘Every day eight million pieces of plastic pollution find their way into our oceans,’ he said. ‘Over 70 per cent of beach litter is plastic. Half of world plastic production is destined for single-use plastic. This is having a devastating effect on our natural environment.

‘The Great British Spring Clean is a fantastic opportunity for everyone to come together and do their bit. 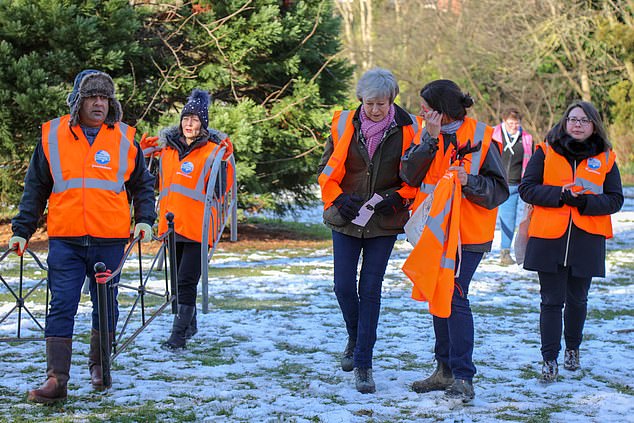 ‘The Bank of England is committed to making a positive impact on the communities we serve and we’re encouraging colleagues across the City to help clean up plastic waste and reduce reliance on single-use plastic.’

He added: ‘We know there is more to do, and this campaign will encourage everyone to do what they can for our cities and oceans.’

Diana Fox Carney set up a blog called Eco Products That Work, has called plastic-covered lever-arch files ‘a horror’ and describes tea bags, which can contain plastic, as a ‘pet hate’.

The Mail has led efforts to highlight the scourge of plastic pollution and the dangers it poses to wildlife and the natural environment.

Victories have included the introduction of a 5p charge on single-use bags, a ban on microbeads used in cosmetics, and a promise from the Prime Minister to dramatically cut plastic waste in the next 25 years.