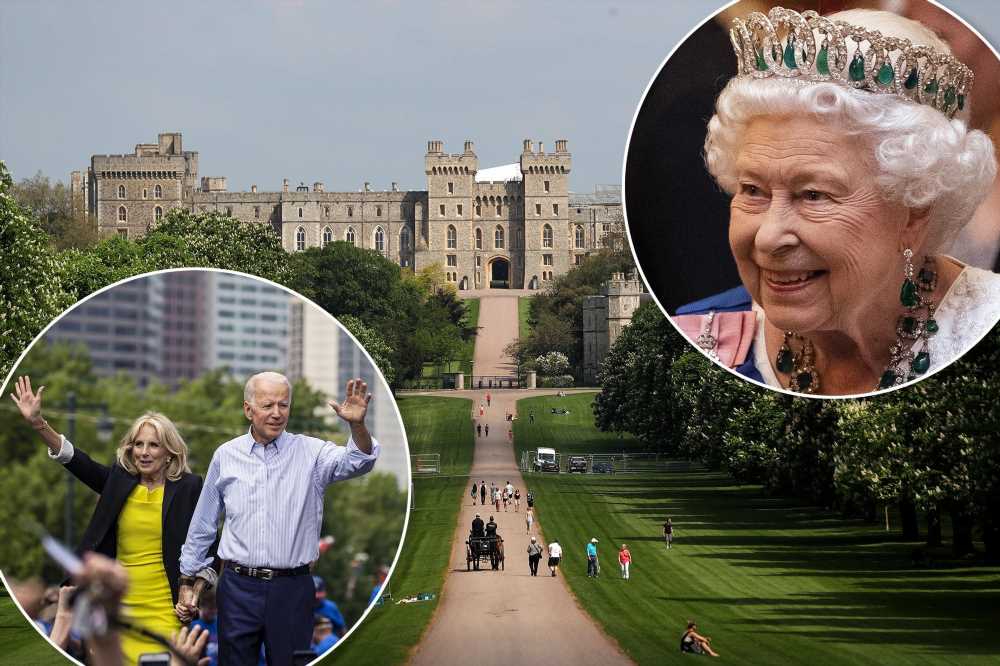 The commander-in-chief and his wife will be welcomed by the monarch on Sunday, June 13, the final day of his visit to the United Kingdom for the G7 summit, marking the first leg of his three-country trip to Europe.

The Group of Seven summit — scheduled to run from June 11 to 13 in Cornwall, about 300 miles west of London — will mark the US president’s first overseas trip since taking office in January.

It will also mark the Wueen’s first major engagement since the death of her husband, Prince Philip, who passed away at 99 years old in April.

It is not clear if Her Majesty will be joined by other members of the royal family.

With the exception of President Lyndon B. Johnson, the queen has met with every US president since the start of her reign in 1952.

Biden’s predecessor, Donald Trump, met with the queen in July 2018, and he and his family paid a state visit the following year.

There have been 14 US presidents over the course of the queen’s reign.

The White House confirmed the meeting in an international travel advisory for the president, as well as plans for the first lady to be present.

White House aides gushed for weeks about the possible meeting with the 95-year-old monarch.

Although the pomp of a royal meeting generally draws soft-news coverage, violations of strict rules of etiquette pose a PR threat to unwitting Americans.

In February, the Sunday Times reported that plans were being made for Her Majesty to be joined by Prince Charles and Camilla, the Duchess of Cornwall, as well as Prince William and Catherine, the Duchess of Cambridge, during the meeting.

The British paper also reported that Biden and the Queen would also meet separately for a time.

“There is a desire from the Foreign, Commonwealth and Development Office to have a very strong royal presence before G7 events, and all senior members of the royal family will be part of what happens,” a senior royal source told the Times that month.

Buckingham Palace’s Thursday announcement did not include mention of other family members being present at the presidential gathering.

Trump sided publicly with the Queen during a messy family fight when her grandson Prince Harry and his American wife, Meghan Markle, quit their royal duties and moved to California. The couple effectively endorsed Biden last year.

“I’ve met with the Queen and I think the Queen is a tremendous person. And I’m not a fan of Meghan,” Trump said in a March interview on Fox News.

Markle, 39, reportedly is networking with Democrats and considering a potential presidential bid after giving a recent interview with Oprah Winfrey in which she claimed the royal family was unsupportive and racist.

Upon leaving the UK, Biden will head to Belgium, where he will meet with Turkish President Recep Tayyip Erdogan while participating in a NATO summit Monday.

Erdogan infamously watched as his guards attacked US citizens protesting against him in 2017 after he visited the White House. Some of his guards still are wanted in the US on criminal charges.

The Turkish leader has frequently been at odds with US policy, including recently slamming Israel for its response to Hamas rockets fired from Gaza. In 2019, he invaded northern Syria to attack US-allied Kurds despite American warnings not to do so.

It’s unclear why Erdogan is being singled out by Biden for an in-person meeting.