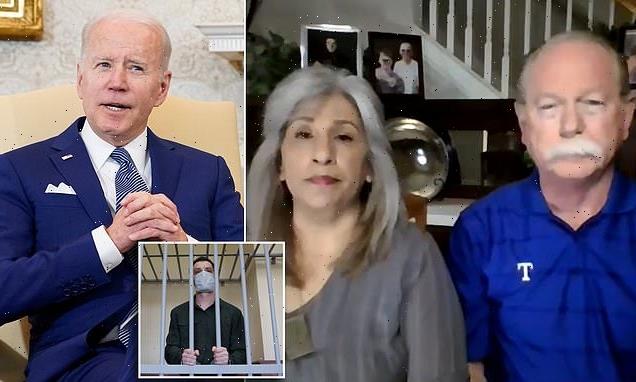 ‘Our son protected him at Camp David, but he can’t meet with us?’ Biden TURNS DOWN meeting with family of jailed Marine Trevor Reed who is ‘coughing up blood’ in Russian prison

President Biden has rejected a meeting request from the family of Texas Marine Trevor Reed, who remains in prison in Russia with deteriorating health.

Reed, 30, has been in prison in Moscow since 2019. He is accused of punching two Russian police officers in a drunken fight but his family say it never happened. He was sentenced to nine years in prison at the time.

For the last three years, his parents have been campaigning for help from Washington DC to get him out of custody.

Their fight has gained renewed urgency given the ongoing conflict in Ukraine and worsening tension between Putin and the West.

President Biden will travel to Fort Worth, Texas, today to talk about initiatives for improving veteran healthcare. 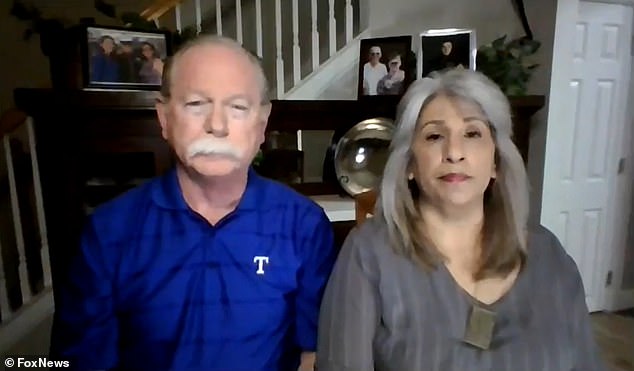 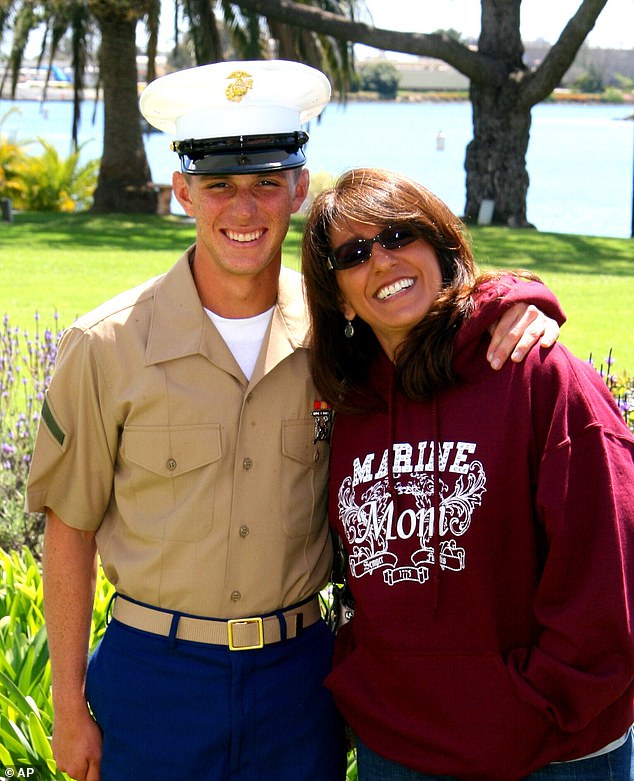 Trevor, 30, with his mother before he was arrested. He has been in prison in Russia for the last three years for assaulting two Russian police officers – which his parents say did not happen

It is where the Reed family lives. They asked if they could meet with him for a few minutes to plead their case but on Wednesday, the couple revealed they had been turned down.

‘We’re very disheartened about it and we… obviously which we just had a couple of minutes to talk to him.

Paula, Trevor’s mother, added: ‘We’ve met with just about everyone but the president and the president is the one who makes the decisions.’

‘Mostly we’re concerned because his health is really declining,’ she added.

The pair said they went 232 days without hearing from him until suddenly receiving a phone call recently.

Trevor told them he was gravely sick, coughing up blood ‘all day’ and that he had been exposed to TB but had not been given a test for it by prison guards. 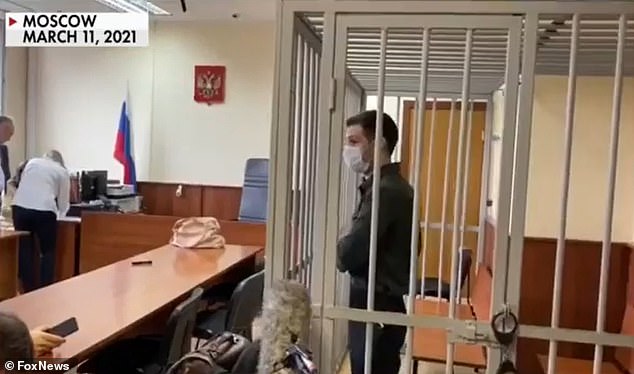 Trevor is shown during a March 2021 court appearance in Russia. His parents say he is gravely ill, coughing up blood in prison but is not being given medical treatment for what he thinks is TB 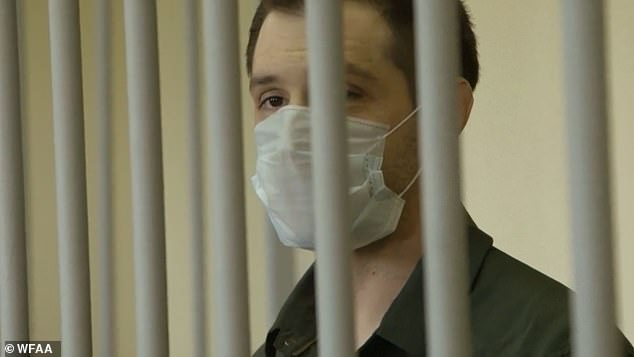 Trevor during his last public court appearance in Russia. His parents are desperate to get him out of jail while they can 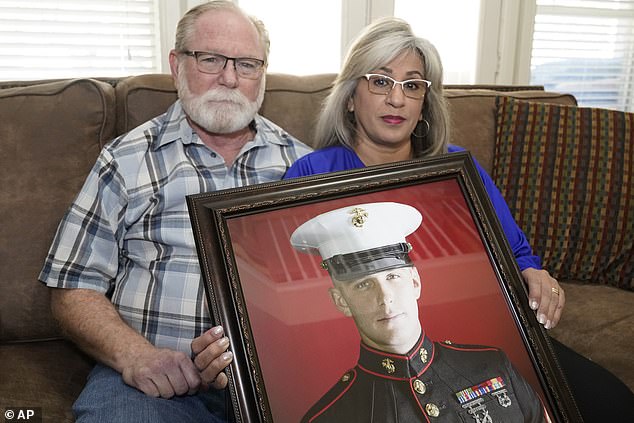 The Biden administration, the couple added, has been working to help them but they want to meet with the President to push the case along. 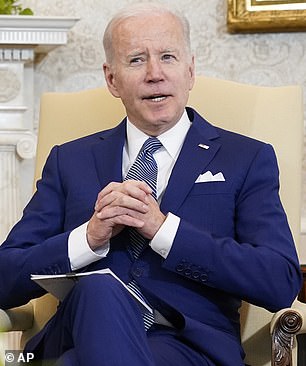 President Biden will travel to Fort Worth on Tuesday

In an interview with The Dallas Morning News yesterday, he said: ‘The President, like all presidents, is heavily insulated by a staff, and we just think that, if he saw us standing there, that he might say “Pull over, is that Trevor Reed’s family?” and talk to us.

‘And if he doesn’t, at least he might just see the signs, and then we might get the meeting later.

‘But we’re grabbing at straws. Our son is seriously ill, and we need the President to bring him home.’

The family says they are skeptical that WNBA star Brittney Griner – who was arrested at the airport in Moscow in February – was even carrying the cannabis-vape she was detained for. 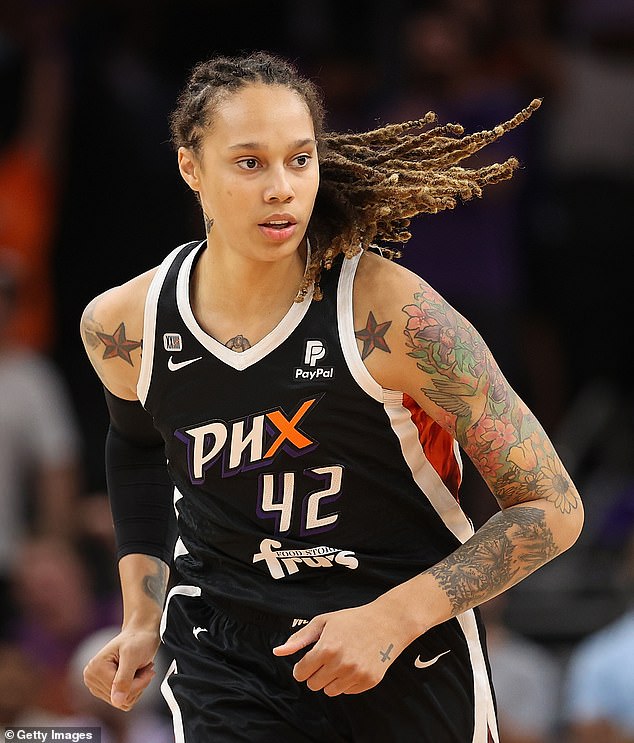 The Reed family says they are skeptical that WNBA star Brittney Griner was even carrying the cannabis-filled vape pen Russian cops arrested her for. She remains in custody in an unknown location in Russia

The family’s spokesman told TMZ they were ‘highly skeptical’ Griner was carrying what the Russians say she was.

Griner remains in custody in an unknown location in Russia. She was arrested sometime in late February after flying to Moscow to play for UMMC Ekaterinburg.

She started the season with the team then returned to the US for a two week break in February.

She was on her way back to Russia to resume the season when she was arrested.

The WNBA says it is assisting but it has not been able to shed any light on her arrest.

Griner’s wife says she is waiting for  updates and that the family has tried to link her up with a lawyer in Moscow.

Her arrest comes as tensions between the West and Russia sour even further.

The State Department last month warned all Americans still in Russia to get out while they could.

Now, there are a dwindling number of flights out of Russia.