With five months to go until elections, it’s not immediately clear whether king will accept Charles Michel’s departure. 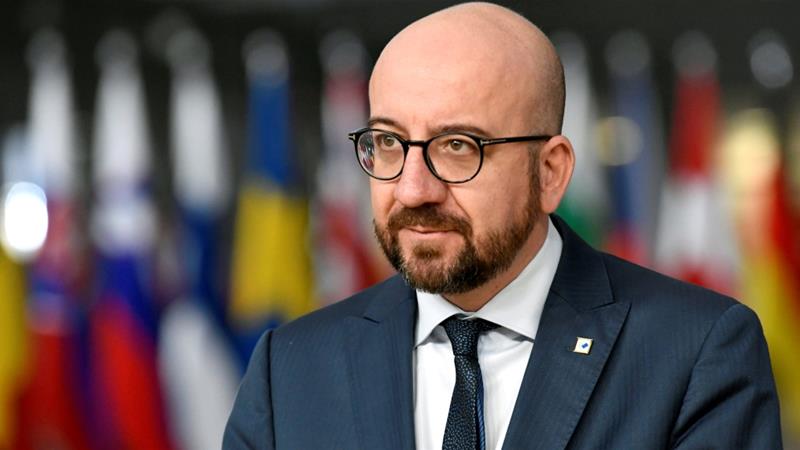 Belgian Prime Minister Charles Michel has submitted his resignation amid pressure on his government after the largest coalition party quit due to differences over migration.

With only five months to go until planned legislative elections in May, it was not immediately clear whether the country’s king would accept Michel’s departure on Tuesday.

The right-wing New Flemish Alliance (N-VA) left Michel leading a minority government on December 9 after the prime minister sought parliamentary approval to support a United Nations pact promoting a global approach to refugee and migrant flows against its wishes.

The N-VA launched a widely criticised social media campaign against the compact cause celebre for European anti-immigration parties. It featured pictures of Muslim women with their faces covered and claiming that the accord focussed on allowing migrants to retain the cultural practices of their homelands. But it quickly withdrew the materials after the campaign came under fire.

Before the prime minister gave his notice, left-wing and green opposition parties had been demanding he submit his new minority government to a confidence vote. But Michel refused, and a confrontation this week seemed likely.

Michel, a liberal who took office in 2014, tried to convince the Chamber of Representatives of the reshaped government plans and said he would be ready to work with the opposition, but his overtures were rejected. His 2019 budget was among the sensitive topics up for debate.

Some in the assembly pushed for an election to be held before the regularly scheduled one on May 26. Michel again refused, saying it would only lead to “stagnation for the whole of 2019”. After a short break for reflection, he announced he was resigning instead.

“I am taking the decision to offer my resignation. I am now going to see the king to inform him,” Michel told parliament on Tuesday.

All eyes on the king

As legislators applauded, he picked up his briefcase, shook the hands of a number of government ministers and left. Michel made no comment to reporters upon entering and leaving Belgian King Philippe’s residence, the Palace of Laeken in Brussels.

The king holds a largely symbolic role in Belgium but becomes a pivotal figure after inconclusive elections or disputes like the current one require the formation of new governments.

In a post on Twitter, the Royal Palace said Philippe had received Michel and was “withholding his decision” about what steps to take next.

Belgian media said the king would meet party leaders on Wednesday before deciding whether to accept the resignation Michel tendered on behalf of himself and his government. Michel could be invited to lead a caretaker government until an election can be held.

It’s the first time the king has faced such a crisis. He ascended to the throne in 2013 after his father, King Albert II, abdicated for health reasons.

Michel’s resignation came two days after demonstrations against the UN pact in central Brussels descended into scuffles, with police forced to use tear gas and water cannon to restore order.

A number of governments refused to sign the non-binding UN Global Compact for Safe, Orderly and Regular Migration. They included the United States and some European Union countries, among them Austria which holds the EU’s rotating presidency until December 31.