Bogota: A famous Belgian carnival was removed from the UN's cultural heritage list on Friday following complaints that its most recent edition contained blatant displays of anti-Semitism. 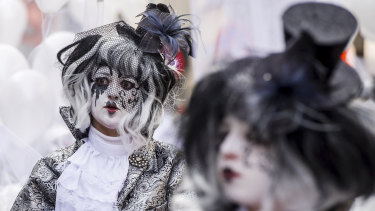 The Aalst carnival was taken off UNESCO's Intangible Cultural Heritage list during a meeting in Colombia's capital city, becoming the first cultural tradition stricken from the UN's global inventory of cultural practices.

The festivity was criticised by anti-discrimination groups after this year's edition included a float depicting Jews with sidecurls and oversized noses atop piles of money. A document filed by UNESCO's secretariat said the event goes against the organization's principles, including a clause stating that cultural expressions included in the list should foster respect among communities.

"They can continue to do the festival. We are not opposing that" said Ernesto Ottone, UNESCO's assistant director-general for culture. "What we don't want is the brand of UNESCO on a festival that for (some) may be humour, but for us is mockery of some communities."

Belgium's government requested that the carnival to be taken off the UNESCO list following several complaints by groups that the event was permissive of displays of anti-Semitism.

Ottone said that town officials were warned several times about anti-Semitic symbolism in previous versions of the carnival but failed to take actions that would "draw a line" on what kind of floats and displays were acceptable.

In an interview with the Associated Press earlier this month, Aalst Mayor Christoph D'Haese said that the town was fed up with "grotesque complaints" over the carnival. D'Haese added that it was not his job to police humour.

"We are on a very dangerous slippery slope when people will be able to decide what can be laughed at," he said.

The final decision to remove the carnival from the cultural heritage list was made by a 24-nation committee that meets each year to review nominations, and new ways to safeguard traditions. 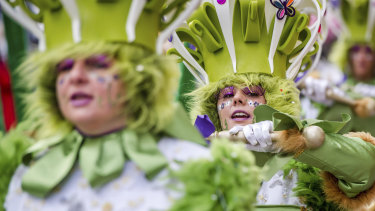 The floats in a yearly procession in Aalst, Belgium have included anti-Semitic imagery.Credit:AP

The committee also approved the inclusion of 40 cultural practices to its list of intangible heritage during this week's meeting.

Those included Alpinism, Thai massage and bachata dancing from the Dominican Republic, as well as Mexico's Talavera ceramics and Bolivia's Festival of the Holy Trinity.

The host nation of Colombia was also recognised for implementing a national scheme that helps to preserve traditions like basket weaving, ceramics and wood sculpting.

Otone said that inclusion in the heritage list highlights the need to preserve the traditions and can make some of them eligible for UNESCO funding, particularly those that are in danger of disappearing.

The Aalst Carnival was included in the UNESCO list in 2010, and is described in the organization's website as an event with a "slightly subversive atmosphere" that celebrates the unity of the Flemish-speaking town.

Belgian delegates at the UNESCO meeting declined to comment on the carnival's removal from the heritage list. But some of their European peers described it as a necessary decision.

"We cannot allow these anti-Semitic manifestations to happen in Europe with us turning a blind eye," said Claudia Reinprecht, Austria's ambassador to UNESCO. "Austrians turned a blind eye some 85 years ago when our Jewish communities were under attack. We will not turn a blind eye again, never again."