There was chaos in Belfast city centre this morning as excited shoppers couldn't wait to get into the new store – three months after a fire left the original flagship store devastated. 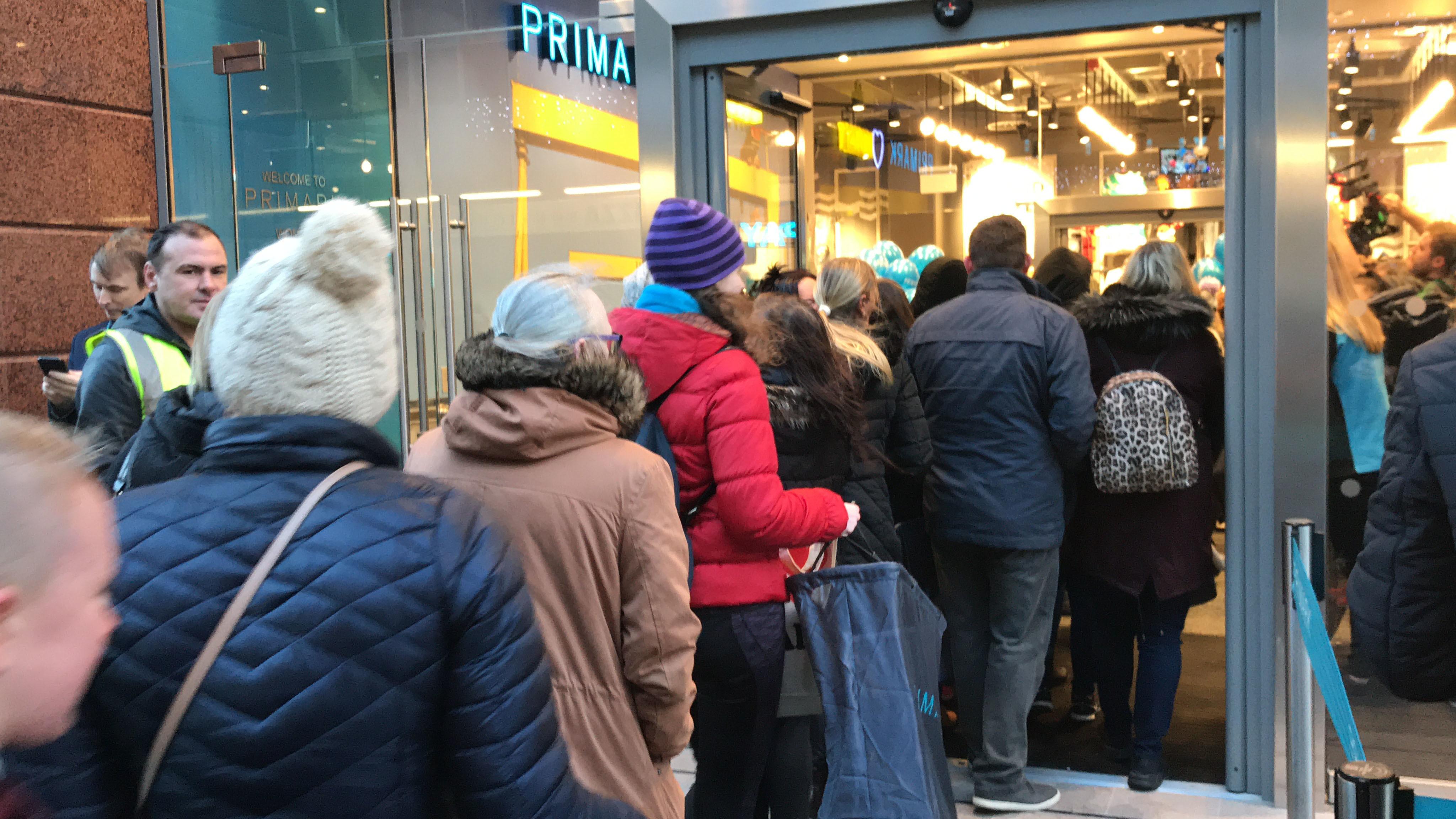 At the time of the huge fire, shops were forced to close while other businesses struggled due to lower footfall as a result of the the cordon dividing the main shopping street.

It was estimated that footfall in the city centre fell by up to 60% in the area, and Castle Street – where the Primark is located – was among the worst streets affected.

However, from early this morning shoppers thronged the street ahead of the opening of the new Primark store. 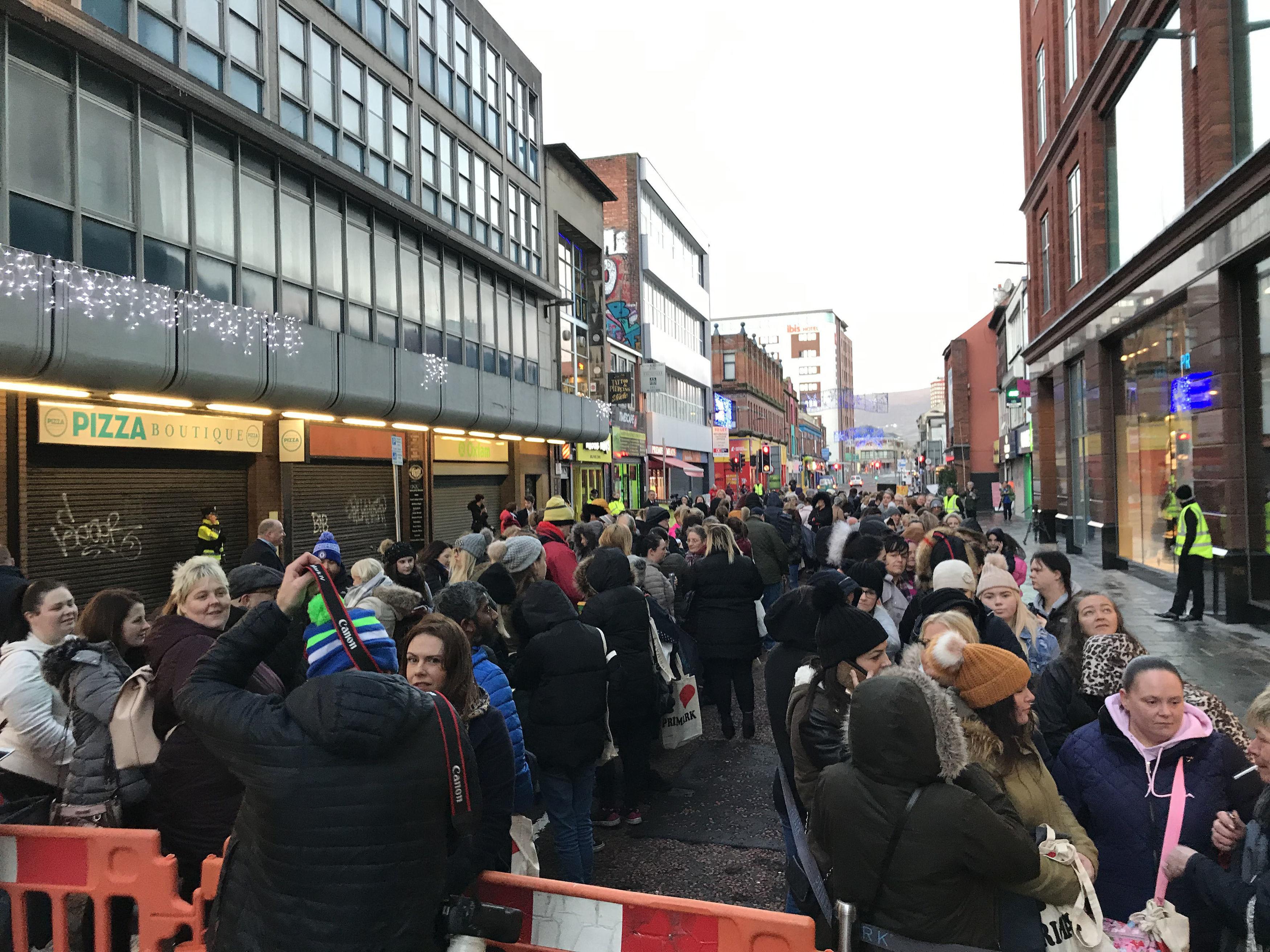 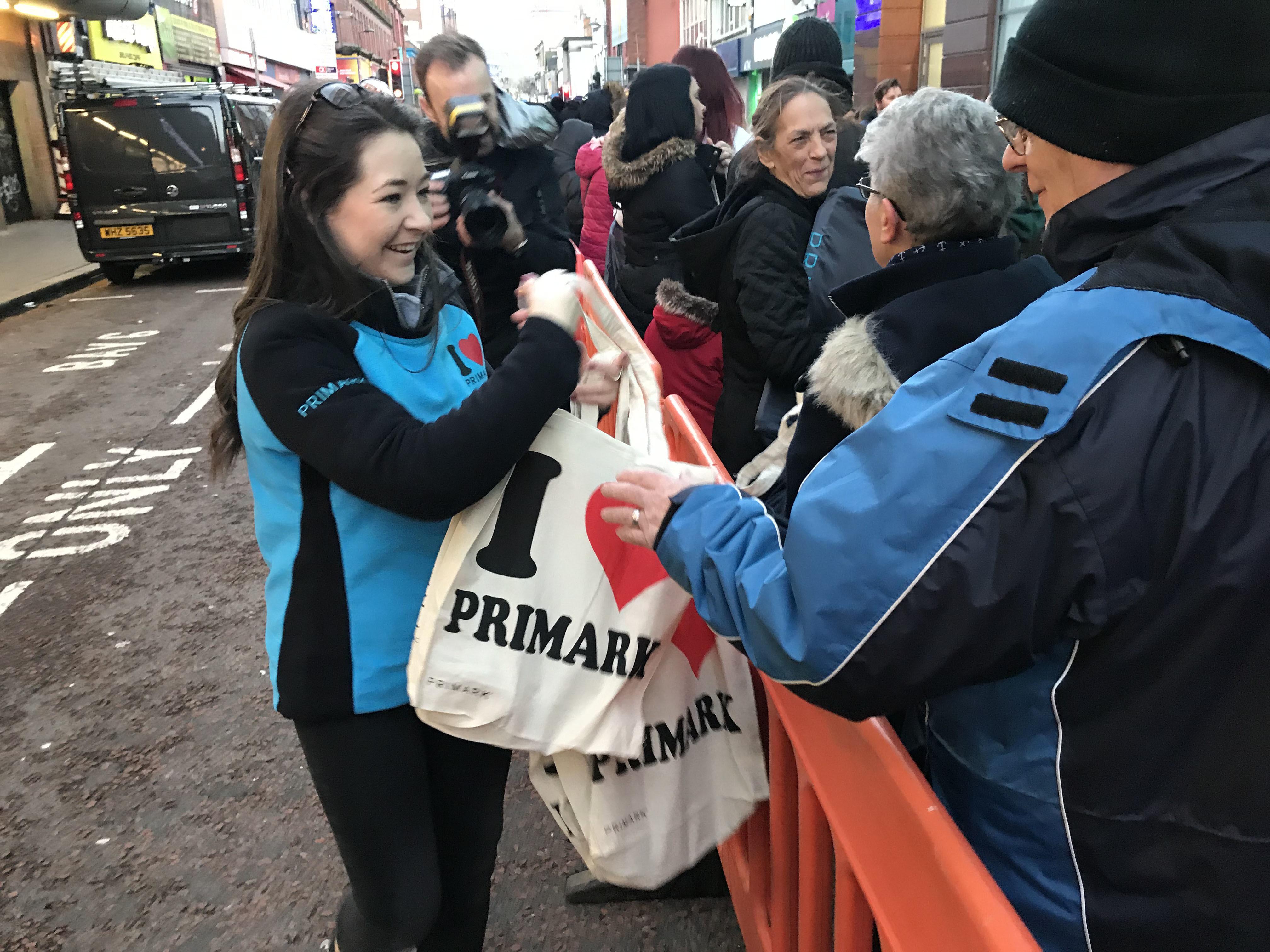 Many travelled from across Northern Ireland for a chance to be first through the doors.

At the top of the queue was Jeanette Robb, from Craigavon, Co Armagh, and Danielle Wright, from Comber, Co Down, who arrived at 6.30am.

Ms Robb said she was up at 4.45am to make sure she was front of the queue.

"I haven't actually been to Belfast for shopping since the fire at the Primark store, it is not Belfast without Primark, I really missed it," she said.

Ms Wright said a trip to Primark in Belfast was their Christmas tradition every year.

"We do this every year for our Christmas shopping, but this is it's for the opening of Primark too." 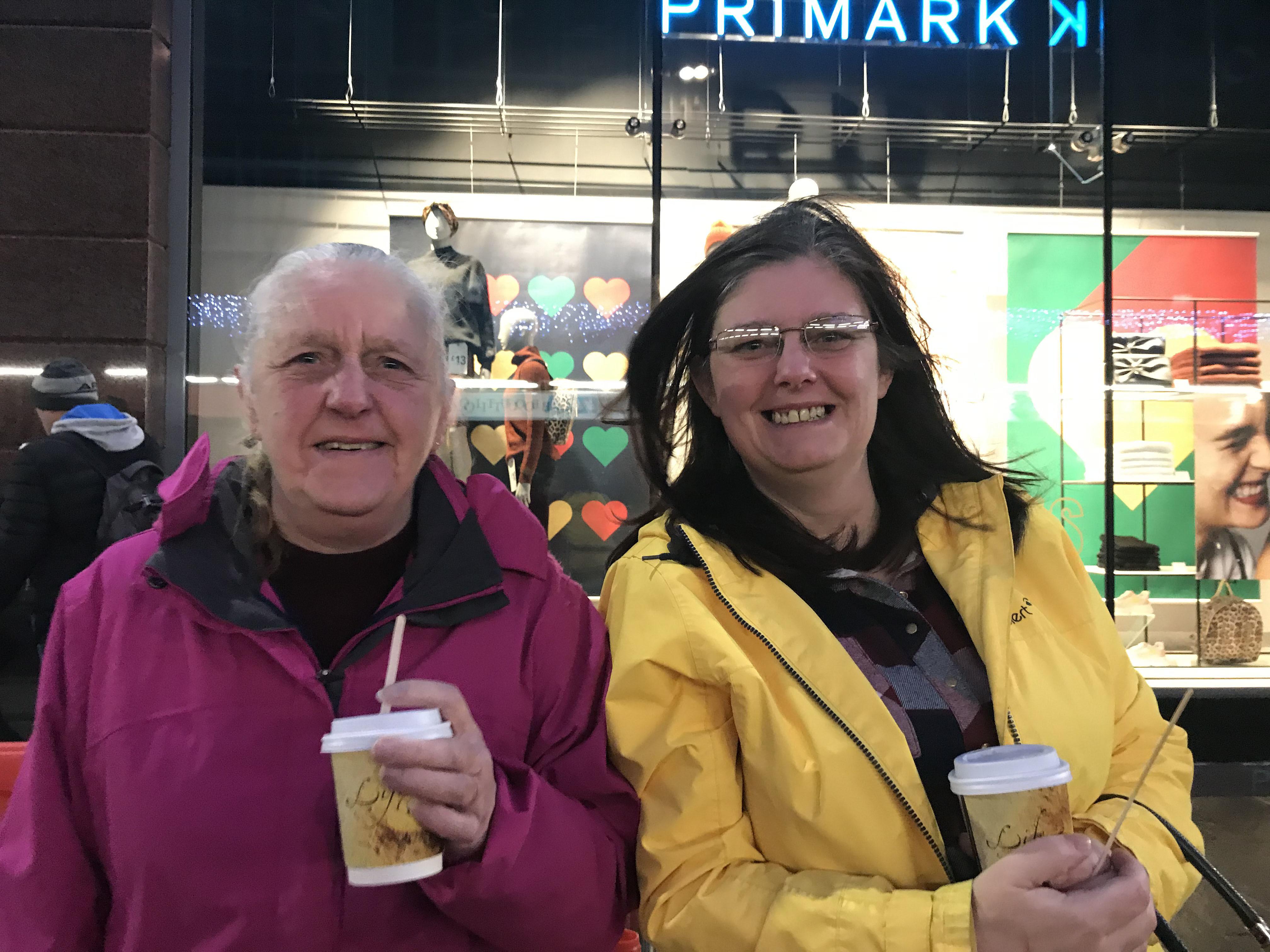 Further along the queue were Mary Craig and Tracey Sharvin, from Killough, Co Down.

"It's the best Primark store there is, it's worth waiting for," Tracey said.

The queue swelled as it got closer to 9am, with Primark estimating around 1,100 had been waiting based on the numbers of bags of freebies their staff had handed out.

In a statement, Primark said the store opening delivered on its commitment to resume trading in Belfast city centre as quickly as possible following the fire at the end of August. 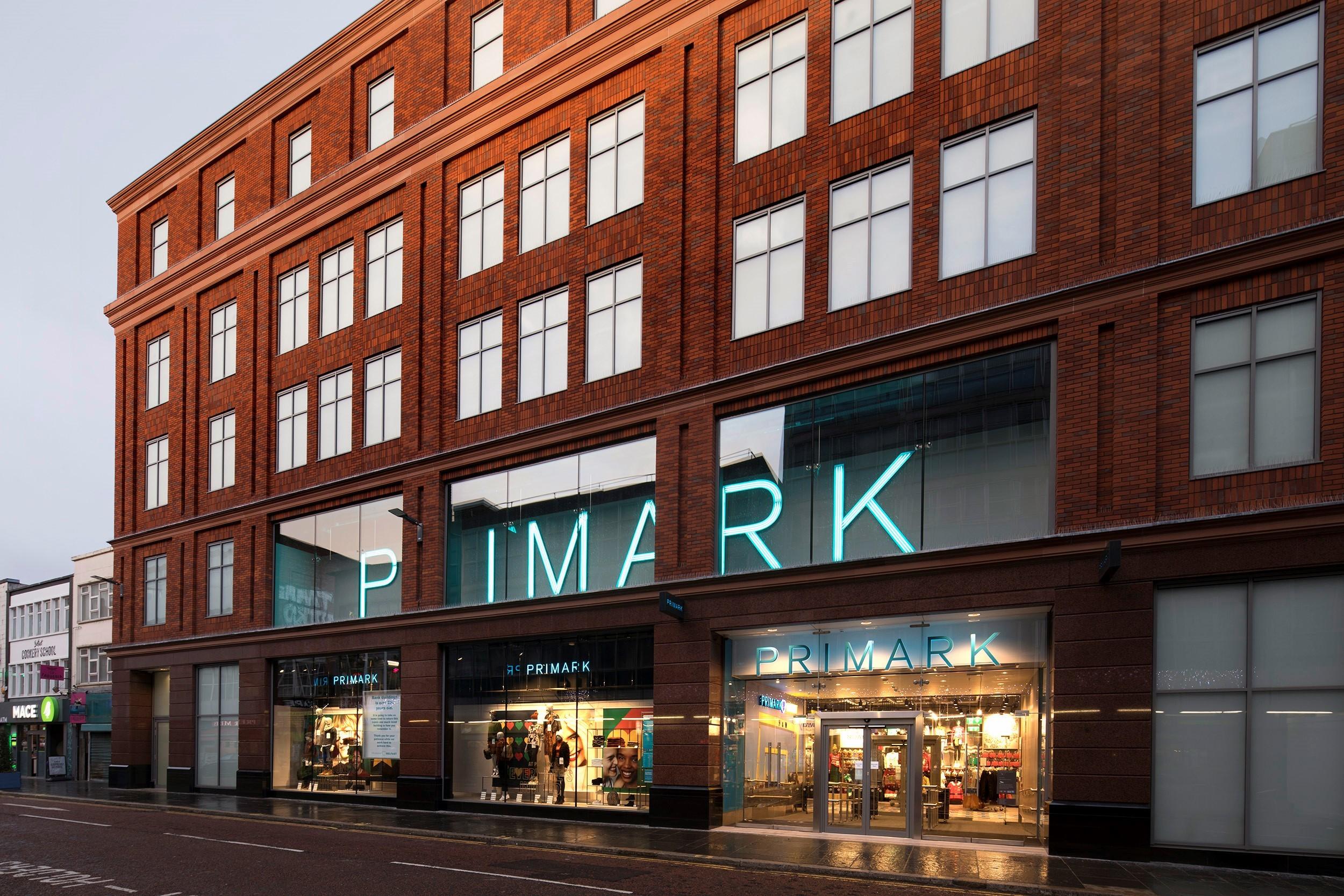 It also plans to open a second store in the city centre on Donegall Place next spring.

Speaking at the opening, Ben Mansfield, director of Primark Stores Ltd, said they are delighted to open the new store.

"Today marks a significant milestone for our people, our neighbours and the wider community, as we take the first step to get back to business following the fire at Bank Buildings," he said.

"We are confident that our store and the newly-built walkway will help restore footfall in the Castle Street and surrounding area at this critical time, just before Christmas."

Belfast Lord Mayor Deirdre Hargey was among those attending the opening.

"This is a great day for the city of Belfast particularly just before Christmas," she said.

"This will really help with footfall so I am really happy with this day, it shows the city's resilience, we are bouncing back as a city, there is more work to be done, but this is great not just for Primark and its staff, but also for the surrounding traders particularly here in Castle Street."