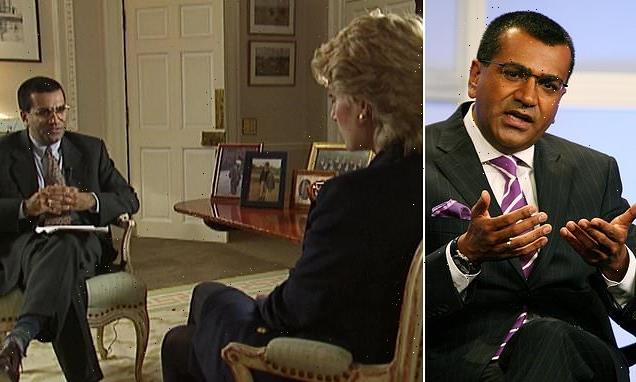 Martin Bashir was rehired by BBC chiefs in 2016 without a single question at his interview about his past controversies, it was claimed yesterday.

The panel ignored the lies he told to clinch his Princess Diana interview, the rows over his other documentaries and the fact that he had lost a job with a US broadcaster.

Instead Bashir, who was being interviewed for the post of religious affairs correspondent, apparently impressed his interviewers with a ‘fluid exposition’ of a theological theory known as the Pauline Doctrine. Last night John Ware, the veteran journalist who investigated Bashir for a Panorama special last week, told the Mail: ‘I understand no questions were asked about his past. Anyone who knows anything about Bashir’s past fell off their chairs when he was reappointed to the BBC.’

An inquiry is under way into why the disgraced reporter was taken on again at the corporation in 2016. It is due to report next week. Bashir had returned from America after his once-promising career on US television crashed in controversy. 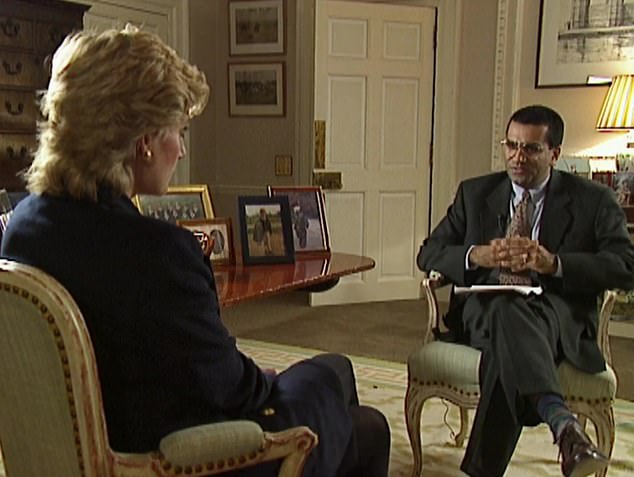 The panel ignored the lies Martin Bashir told to clinch his Princess Diana interview, the rows over his other documentaries and the fact that he had lost a job with a US broadcaster

He had resigned from MSNBC in 2013 after making offensive remarks about former republican vice presidential candidate Sarah Palin. He had previously reportedly been suspended from his job at ABC for a crude ‘Asian babes’ comment during an after-dinner speech at the Asian American Journalists Association convention.

When he was at ITV, his former employers at the BBC were so concerned by his activities that they sent ITV a searing letter of complaint. Written in 2000 by Peter Horrocks, the BBC’s then head of current affairs, it accused Bashir of telling shocking lies to relatives of those murdered by GP Harold Shipman.

He also peddled damaging ‘untruths’ to Scotland Yard about the Soho bombings, it was claimed. Then last week former judge Lord Dyson concluded that Bashir had lied and cheated his way to his famous 1995 Panorama interview with Diana, and that the BBC had covered it up.

The Mail can reveal that he was interviewed for the BBC religious affairs post by a panel that included James Harding, then the director of news and current affairs, and head of newsgathering Jonathan Munro. 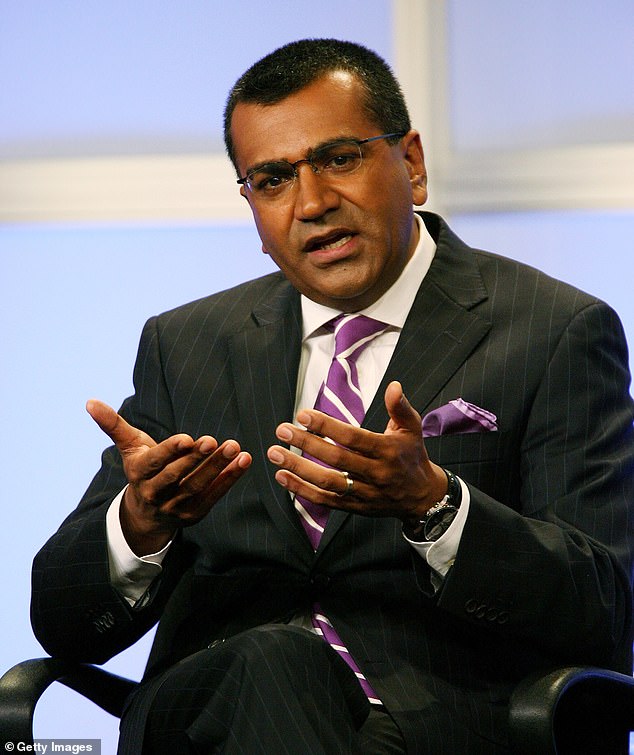 Martin Bashir was rehired by BBC chiefs in 2016 without a single question at his interview about his past controversies, it was claimed yesterday

Writing in tomorrow’s Observer, Mr Ware says the panel did not delve into Bashir’s murky past but were impressed by his knowledge of the Pauline Doctrine – the teachings of Paul the Apostle as distinct from those of Jesus Christ. ‘As I understand it, James Harding is very interested in theological issues and bowled Bashir something of a googly question about the Pauline Doctrine,’ he says.

‘Apparently Bashir wowed everybody with a fluid exposition of this doctrine – and that was it. But the panel didn’t ask questions about his past.’

Bashir, 58, was later promoted to religion editor. He resigned from the post last month citing health reasons. The BBC has been under pressure to explain the 2016 rehiring.

Director-general Tim Davie told the Today programme: ‘There’s no doubt, with what you know now, it was a big mistake.’ Host Justin Webb picked him up on this point, saying: ‘No, it’s what we knew then.’

Mr Davie replied: ‘Certainly things need to be looked into.’

Yesterday it was claimed to the Mail that BBC rules about fair recruitment meant the panel would not have been allowed to ask Bashir questions in a formal interview about something they were not asking other candidates – every candidate had to be asked the same questions, so their answers could be compared on a scoring system.

A source said any checks on candidates would have been done outside the room.

A BBC spokesman said: It’s best that the work of the investigation is allowed to conclude before commenting further.’

Last night there was no comment from Mr Munro or Mr Harding.