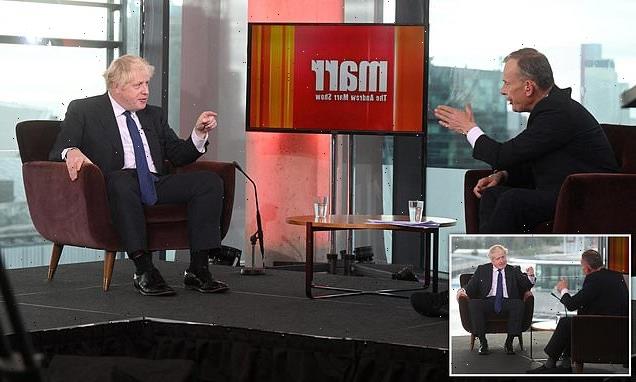 BBC denies Andrew Marr was too aggressive when interviewing Boris Johnson and says presenter was ‘fair, impartial and professional’ in October 3 grilling

The BBC has defended Andrew Marr after he was accused of being ‘aggressive’ towards Prime Minister Boris Johnson in an interview on his flagship show earlier this month.

The corporation said it had received a number of complaints about the political host’s tone during the grilling, accusing him of repeatedly interrupting Mr Johnson.

The Prime Minister appeared on The Andrew Marr Show on October 3 during which the presenter accused him of not telling the truth about wage growth.

Following the broadcast, John Redwood, the Tory MP for Wokingham, said BBC interviewers ‘seem to want to impose their view’ rather than allow room for answers.

During an appearance on LBC radio, Nadine Dorries, the culture secretary, went further in questioning the impartiality of Mr Marr.

But BBC bosses have hit back at the accusations, saying they are satisfied Mr Marr conducted the exchange in a ‘fair, duly impartial and professional manner’.

In a statement, the BBC said: ‘We received complaints from viewers who felt the interview with Boris Johnson was aggressive, and he was interrupted too much. 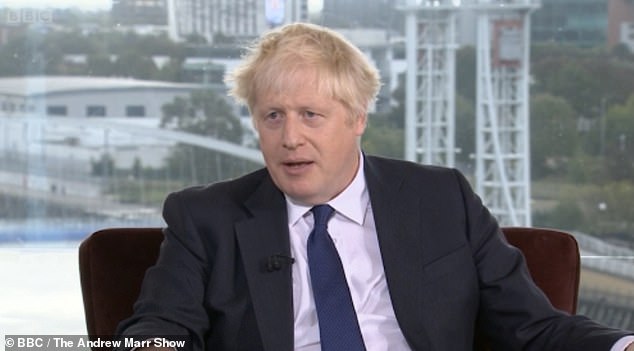 The BBC said it had received a number of complaints about Andrew Marr’s tone during the grilling of Boris Johnson (pictured) on October 3, accusing him of repeatedly interrupting the PM 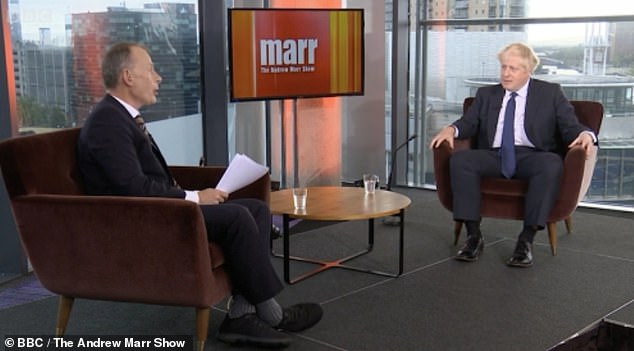 BBC bosses have hit back at the accusations, saying they are satisfied Mr Marr (pictured interviewing Mr Johnson) conducted the exchange in a ‘fair, duly impartial and professional manner’

‘There were many issues covered in the interview with the Prime Minister, such as violence against women, the HGV driver shortage and the National Insurance Tax rise, and so it was imperative for Mr Marr to keep the conversation on track in order to have time for them all.

‘Sometimes Mr Marr repeated his question to press the Prime Minister into giving a clear answer for the audience.

‘As Prime Minister, Mr Johnson is no stranger to robust and challenging interviews, and we consider it is appropriate to hold the leader of the nation to account on different issues.

The interview covered everything from the murder of Sarah Everard to the struggling pork industry.

When it got to the issue of fuel shortages, Mr Johnson said the real problem was wages. 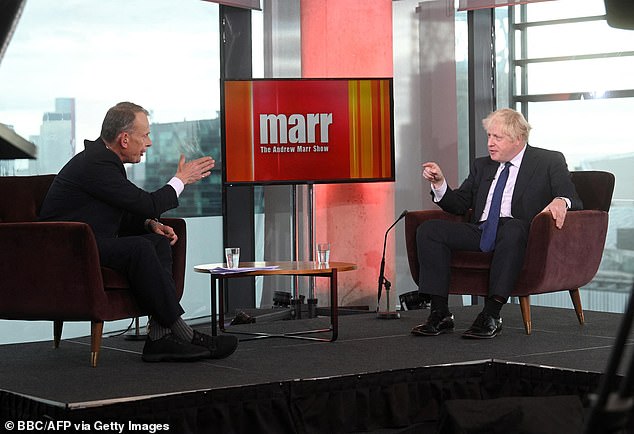 He told Mr Marr that British companies had for too long been hooked on cheap labour, leading to a lack of people wanting to become HGV drivers.

The Conservative leader said it was time to start paying workers properly.

Mr Marr replied: ‘I’m sorry, this is getting towards bluster’, to which Mr Johnson huffed: ‘No, it’s not!’

The two sparred again when Mr Johnson repeated his line about investing in skills, adding: ‘I’d rather do that than raise taxes to subsidise low wages’, to which Mr Marr exclaimed: ‘You are raising taxes!’

He then accused the PM of behaving more like ex-Labour premier Harold Wilson than Margaret Thatcher. 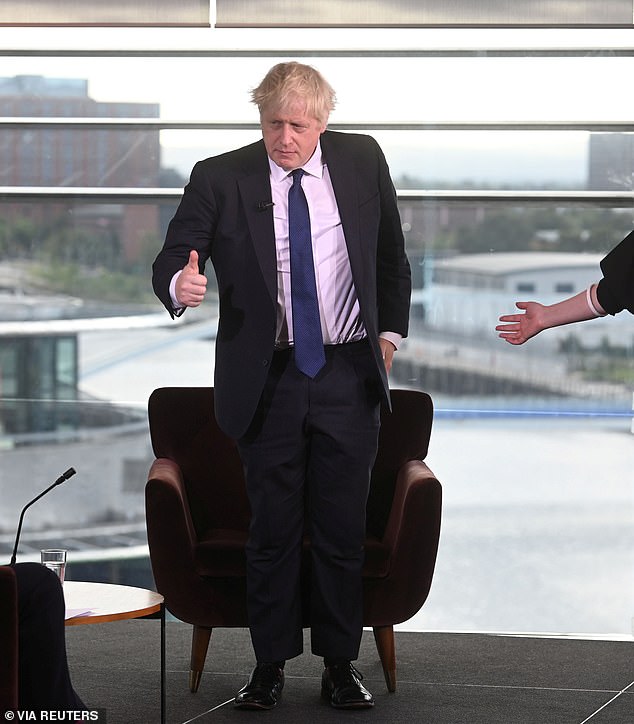 Mr Marr said in July that MPs who are ex-reporters and columnists – such as Mr Johnson – have a tendency to ‘exaggerate’, and added that the UK needs more ministers who better understand technical details 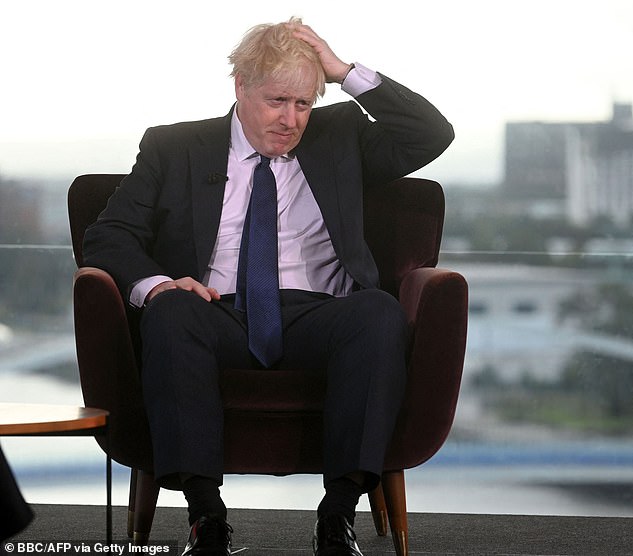 Mr Johnson told him: ‘You’re talking total nonsense’, adding that neither of those leaders had to face the ‘fiscal meteorite’ of a pandemic.

It comes after Mr Marr said in July that the number of former journalists in the corridors of power is ‘dangerous’.

He said ex-reporters and columnists – such as Mr Johnson – have a tendency to ‘exaggerate’, and added that the UK needs more ministers who better understand technical details.

Speaking at the Buxton International Festival, Derbyshire, Mr Marr said: ‘Having a country where so many [former] journalists are in charge of the Government is dangerous because we are all encouraged to exaggerate.’

Mr Johnson began his journalism career as a reporter for The Times in the late 1980s, before going on to work for the Daily Telegraph and The Spectator.