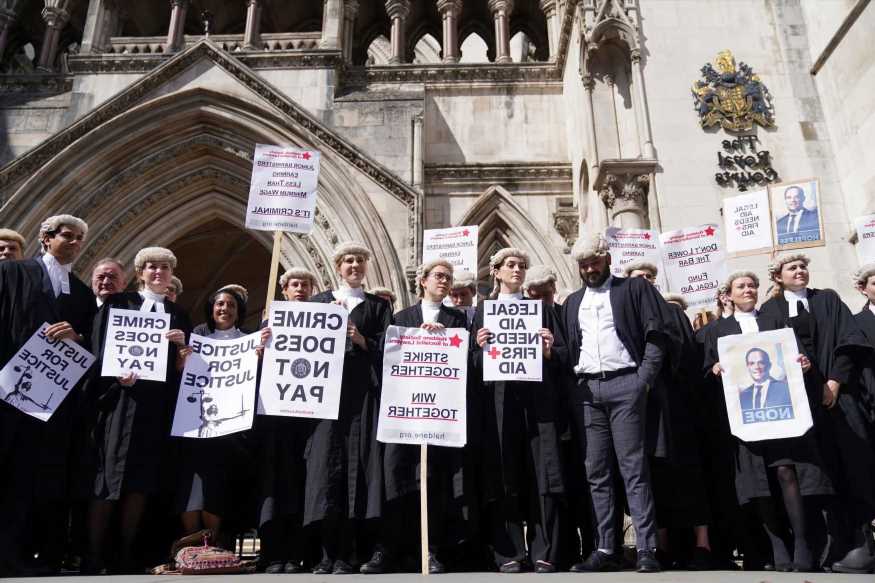 CRIMINAL barristers have finally agreed to END strike action after accepting a new pay deal 15 per cent pay hike deal from the government.

Wig wearing advocates in England and Wales climbed down after months of industrial action, which saw delays to hundreds of court cases. 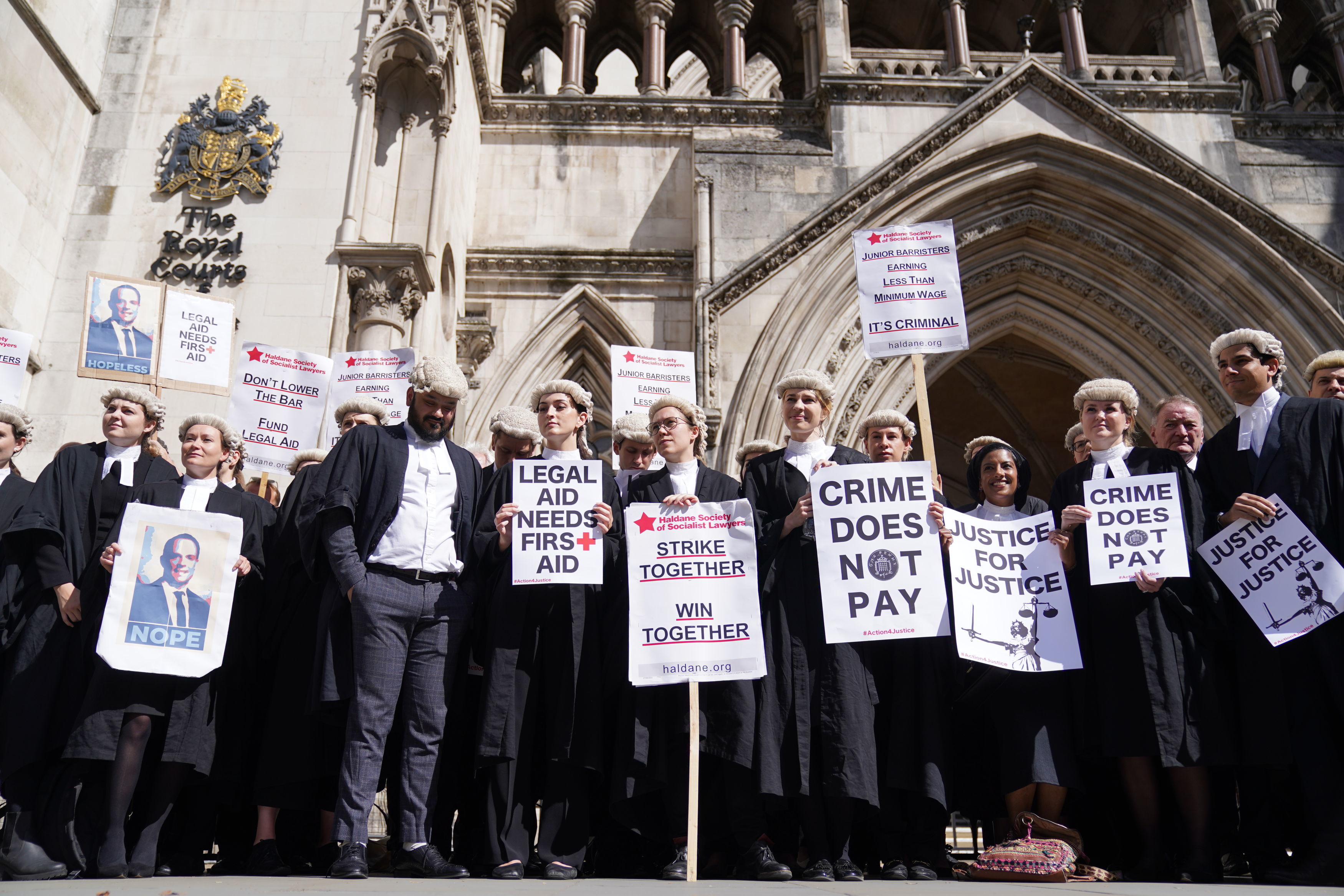 The news comes as crown court backlogs now sit at a whopping 60,000 cases, causing misery for thousands of victims.

Of the 2,605 barristers balloted, 57 per cent voted to accept the government’s new 15 per cent pay rise offer on legal aid cases.

Previously they wanted 25 per cent, but this was turned down by the Ministry of Justice.

Advocates had argued they were chronically overworked and underpaid.

With the dispute finally over they will return to work from 5pm today, having walked out of work . 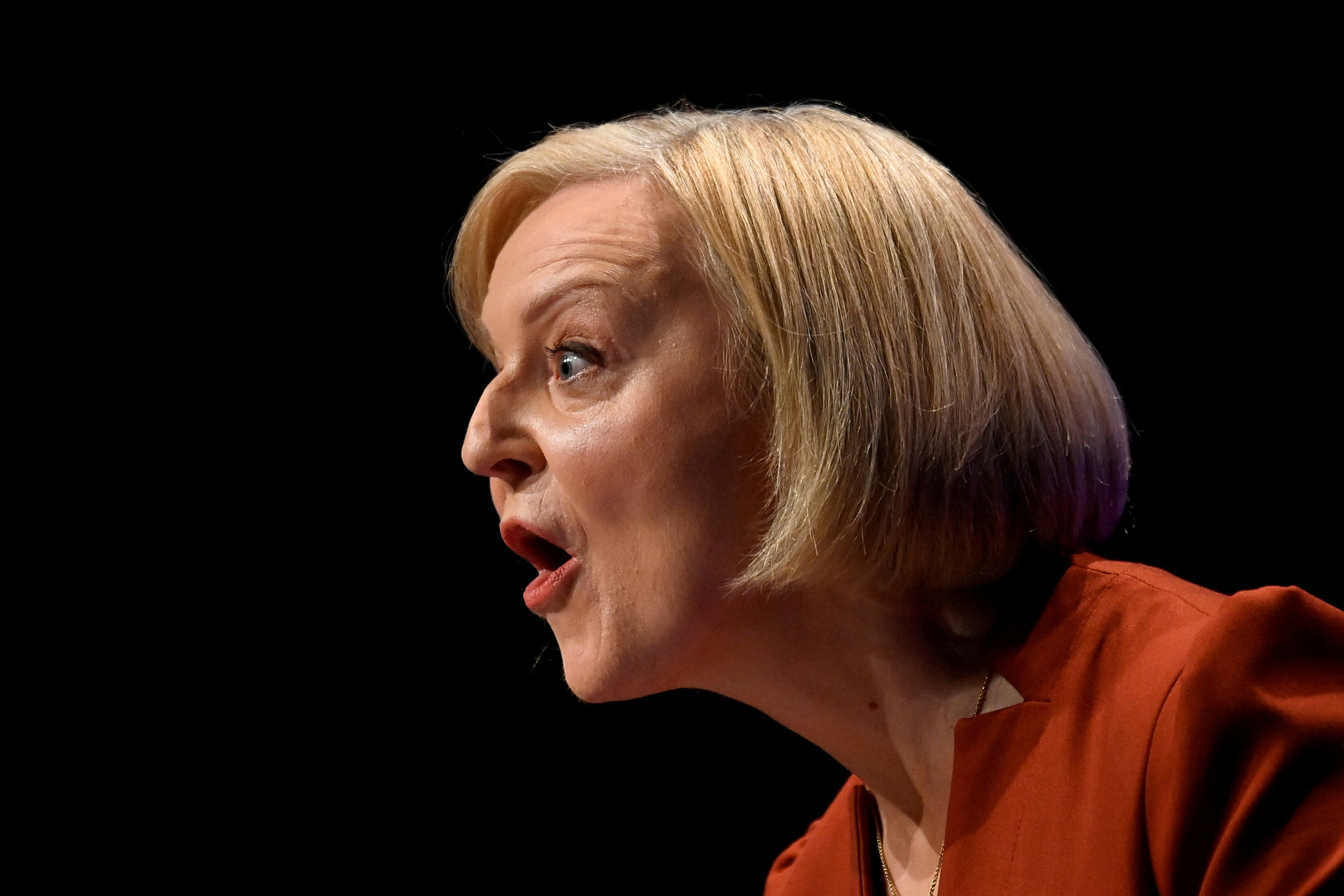 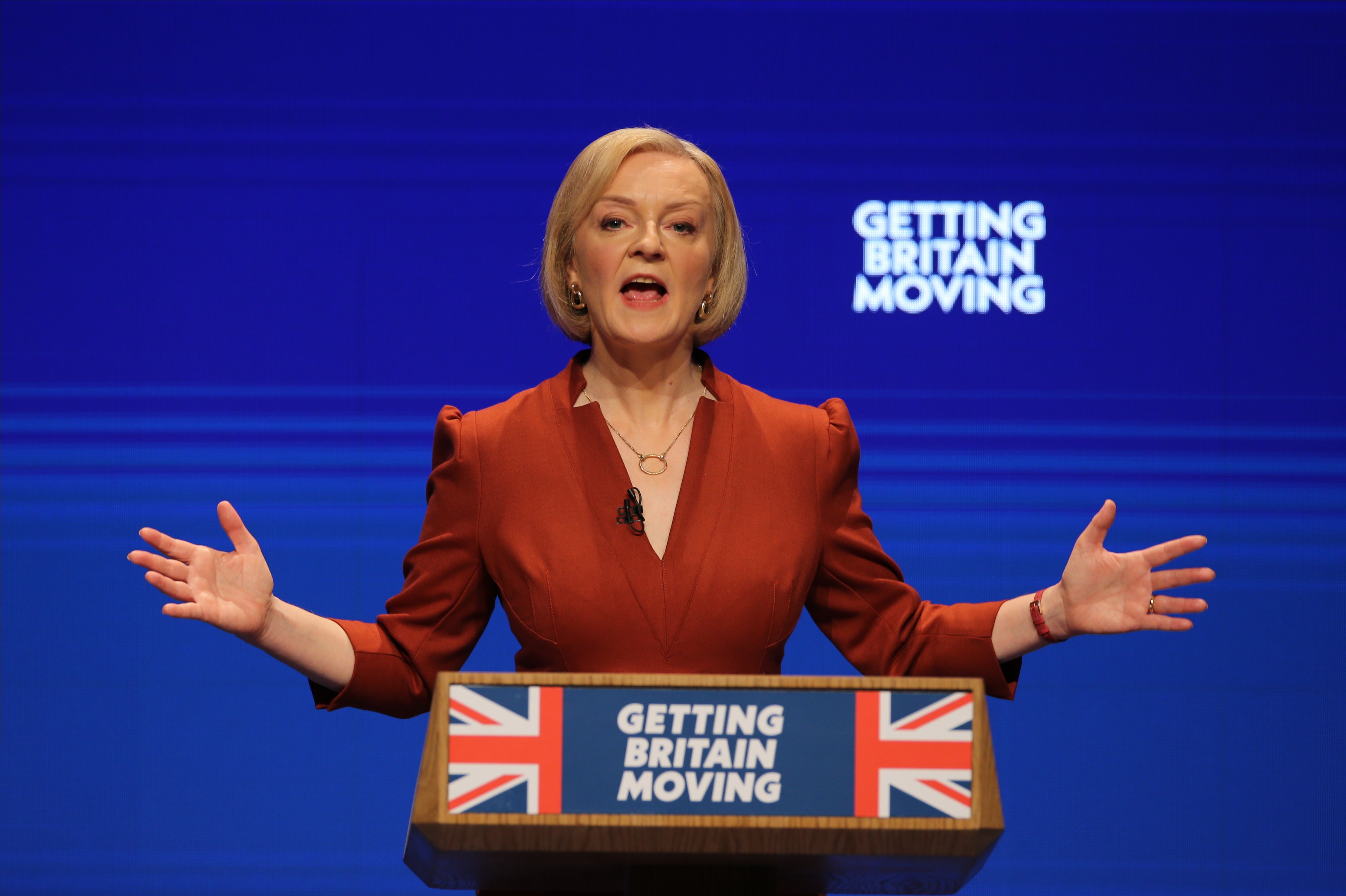 Justice Secretary Brandon Lewis, who negotiated the winning deal, said: "Since starting this job five weeks ago, my priority has been to end this strike action and reduce delays for victims, and I'm glad that barristers have agreed to return to work.

"This breakthrough is a result of coming together and restarting what I hope to be a constructive relationship as we work to drive down the backlog and ensure victims see justice done sooner."

Diana Fawcett, Chief Executive at the charity Victim Support, added: "It's important to remember that when it comes to the huge backlogs in our courts, these strikes, and the delay caused by the pandemic are only part of the picture.

"Long court delays have been an issue for nearly a decade, and are agonising for victims."

AJ Pritchard dumped me after I caught him texting another woman

The deal with barristers is set to enthuse rail union members, who have been striking on and off for months.

But his replacement Anne-Marie Trevelyan is desperate to strike a deal and end the chaos.