Thousands of pro-independence protesters angry about Spain's Cabinet holding a meeting in Catalonia blocked roads across the region and clashed with anti-riot police, as 30 police officers are injured. 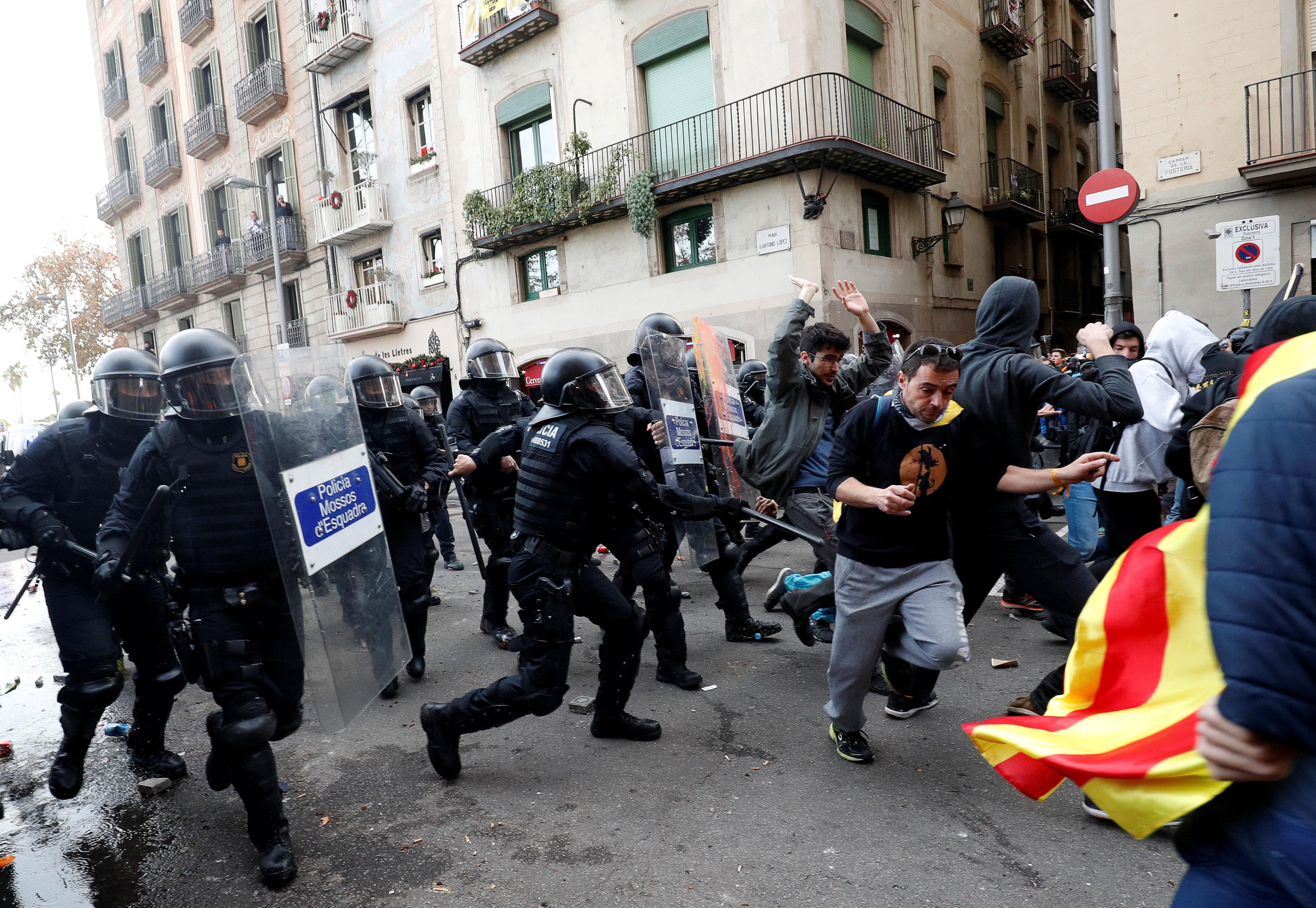 For the last five weekends France has seen violent protests across the country, with its capital at the eye of the storm.

What started as anger towards hiked fuel prices became a rebellion against Macron's entire governance.

It led to numerous deaths and destruction across Paris.

But the fire in the bellies of the French has clearly spread across the mainland as protests break out in Barcelona, with thousands taking to the streets. 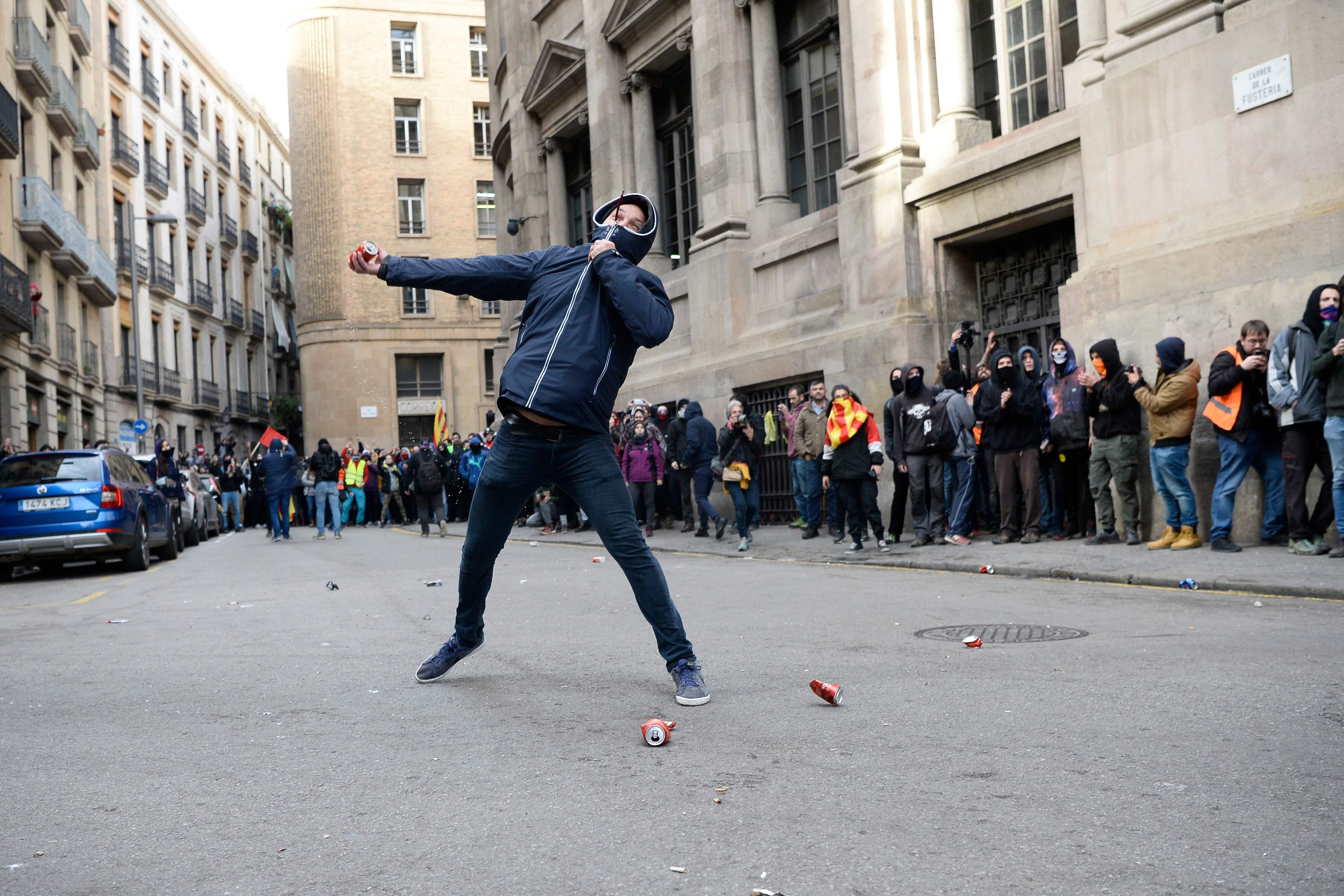 Thirty riot squad officers, members of Catalonia’s regional Mossos d’Esquadra force, were hurt as they tried to stop masked demonstrators reaching the city centre venue chosen by Spanish PM Pedro Sanchez for his weekly cabinet meeting.
Separatist Catalan protestors hurled missiles including bricks, bottles and metal barriers at the officers.
By mid-afternoon today 10 people had been arrested in Barcelona and another two in L’Ampolla in the neighbouring province of Tarragona where demonstrators managed to block the AP-7 motorway with burning tyres. 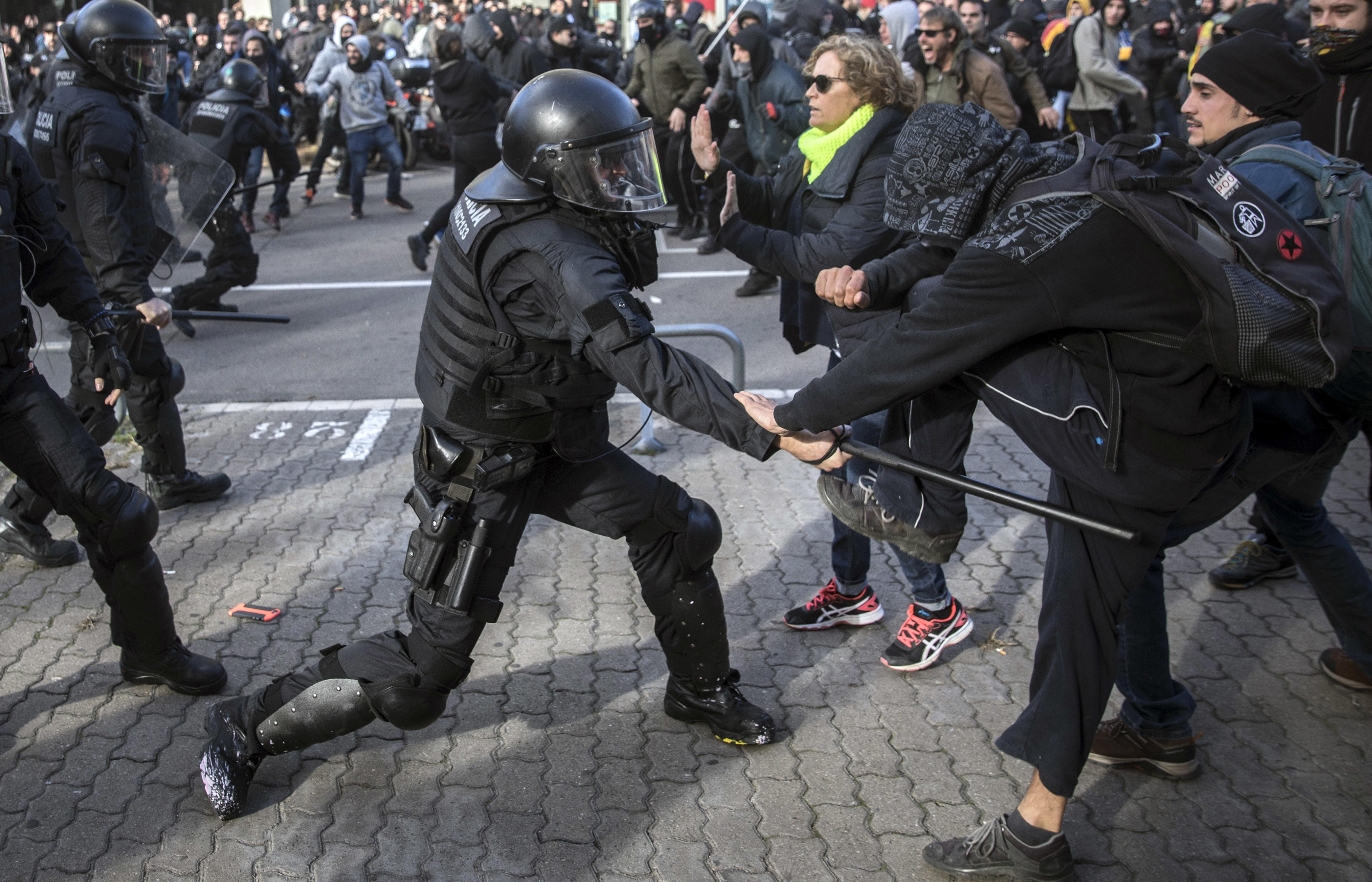 The Catalan regional government, formed by a coalition of pro-secession parties, is also supporting peaceful protests despite an agreement with central authorities to find a way out of the political crisis that has festered since Catalonia's failed secession attempt last year.

After their encounter on Thursday, the second since both took power earlier this year, Sanchez and Catalan President Quim Torra issued a joint statement calling for dialogue to settle the conflict over the future of the northeastern region. 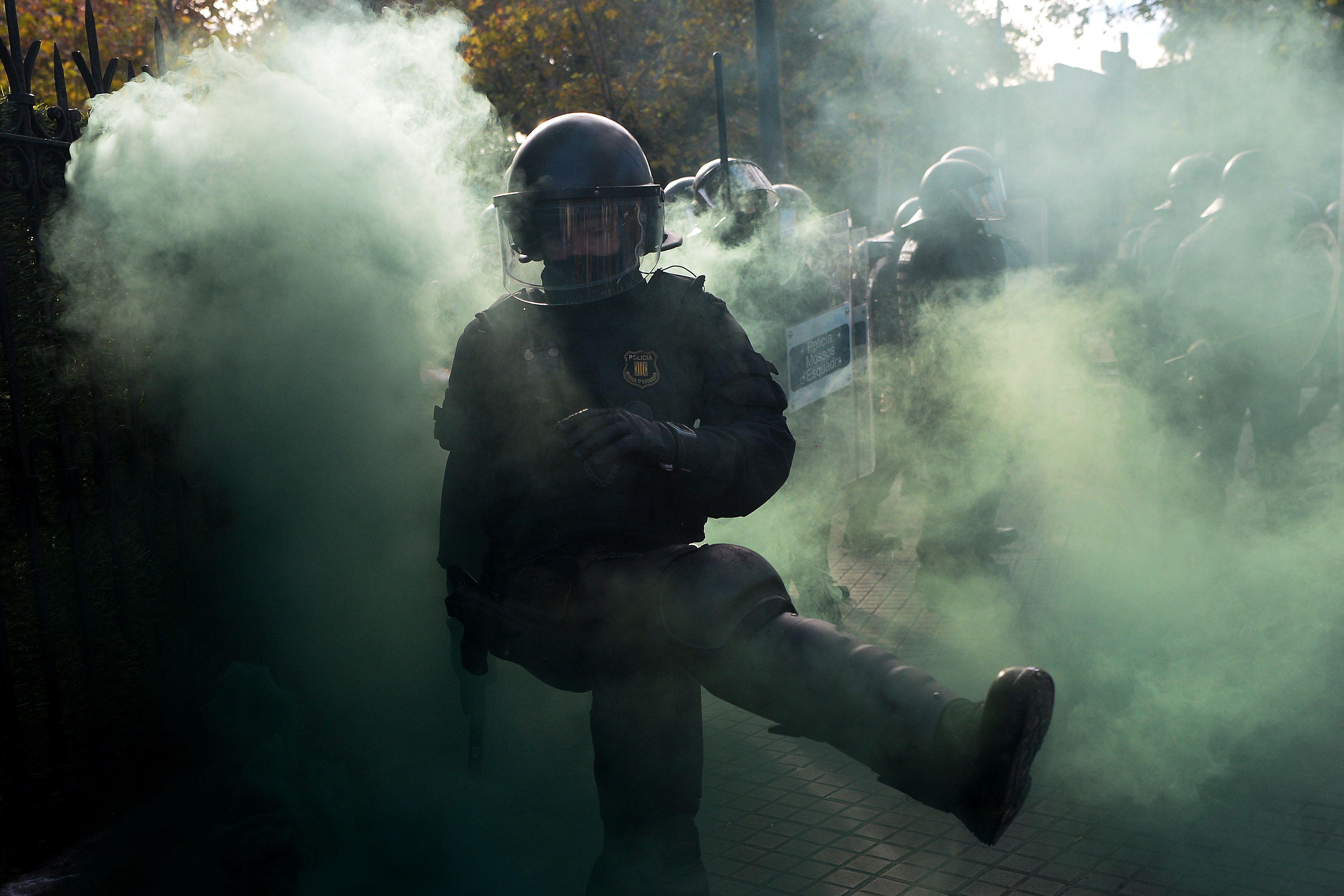 Sanchez, who inherited the Catalan crisis when he toppled his conservative predecessor in June, made mending relations with the prosperous region one of his priorities.

But security in the prosperous northeastern region, normally in the hands of the Catalan police, was reinforced with hundreds of anti-riot officers sent by Spain's national police forces for Friday's ministers' meeting. 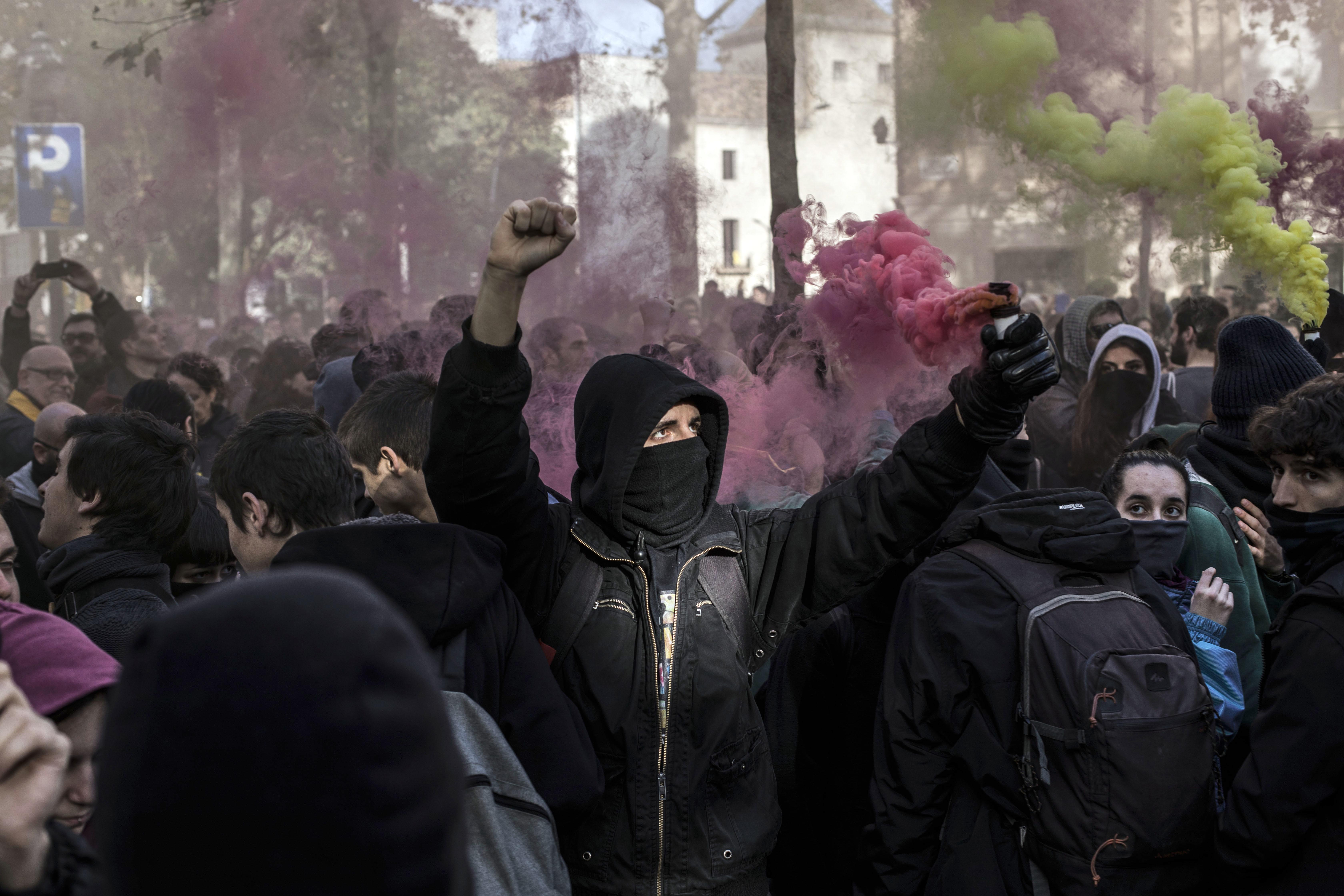 In the northern province of Girona, a main highway was blocked with tires and barricades, and at least a dozen more roads saw disruptions according to the regional transit authorities. 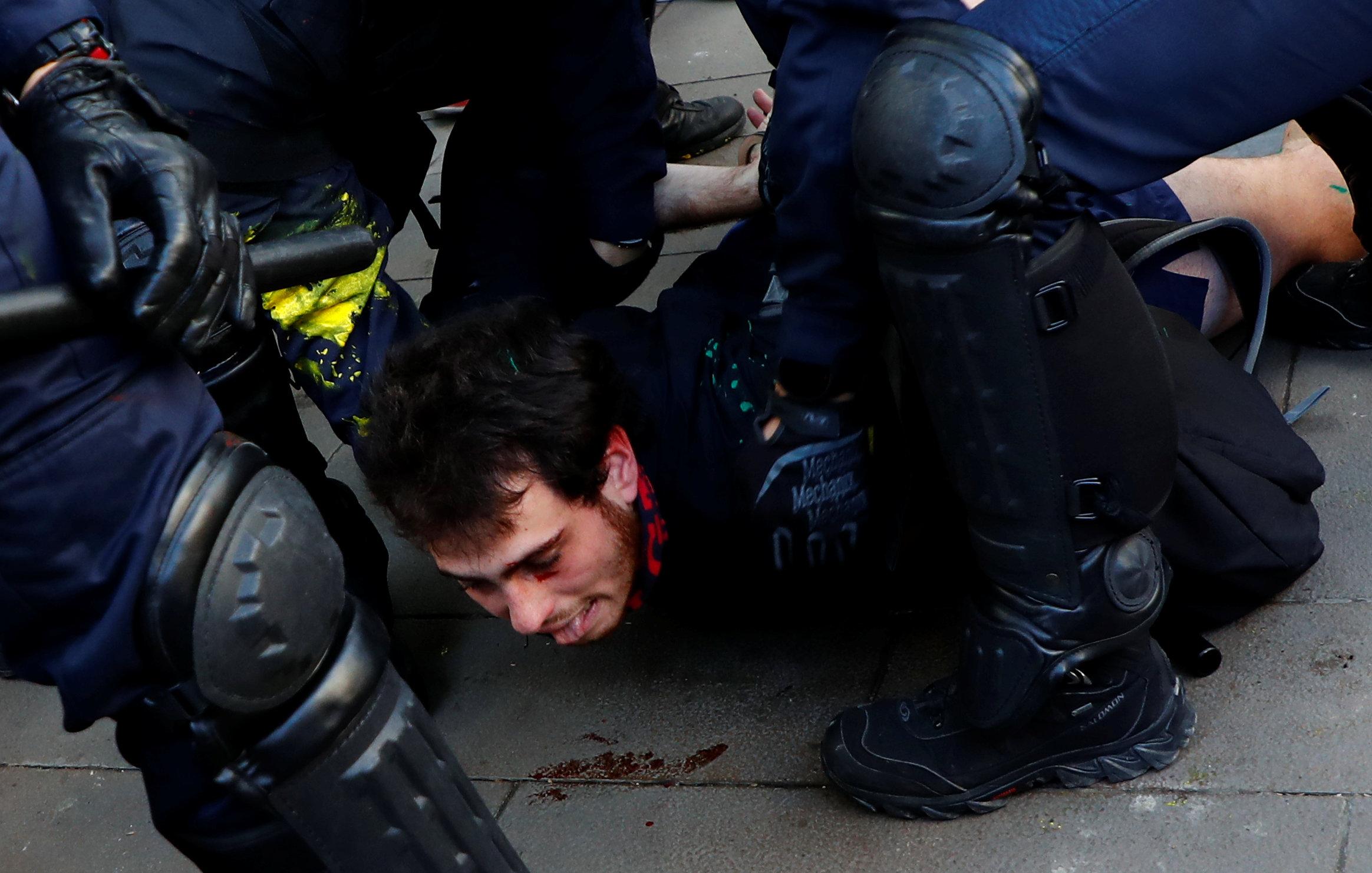 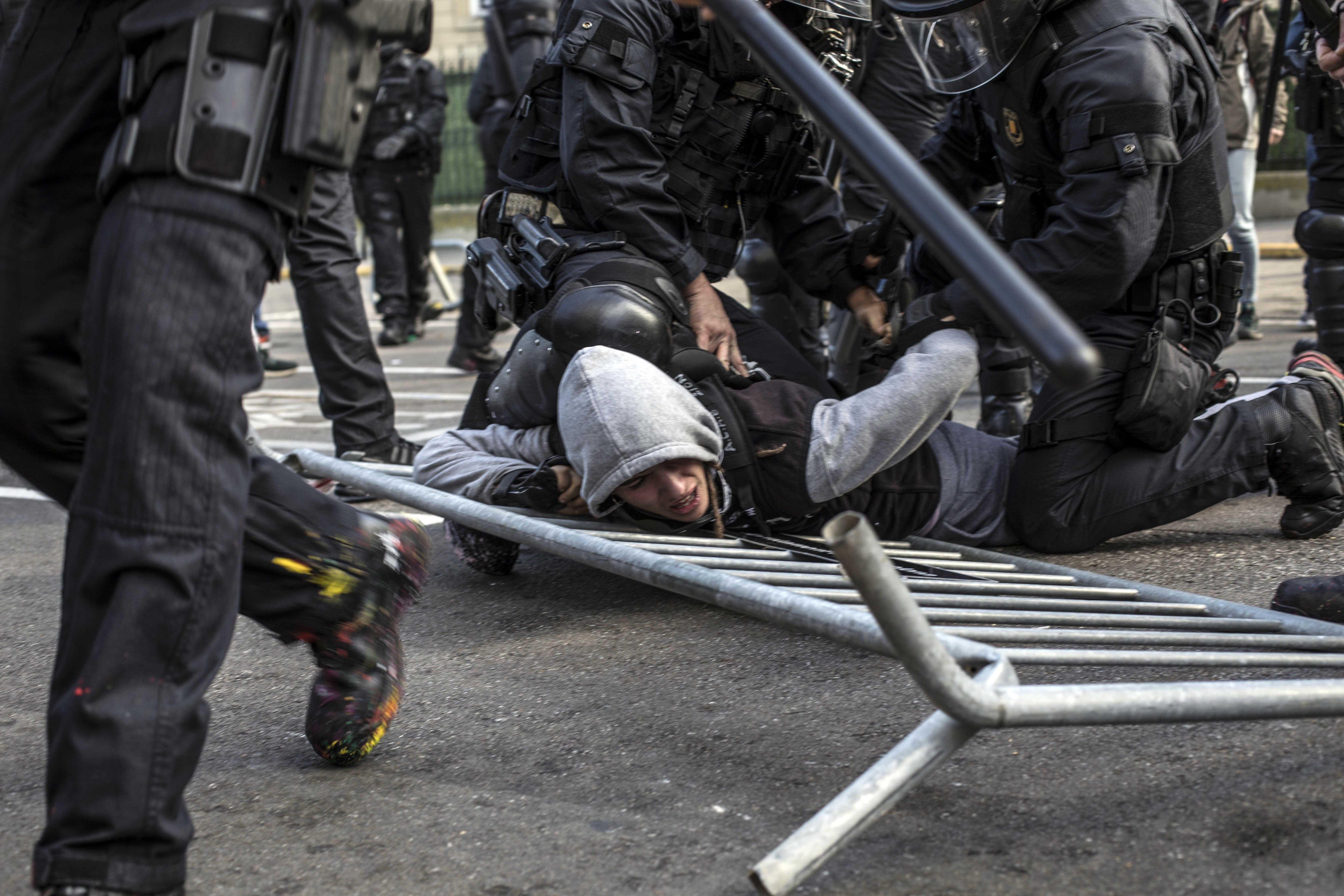 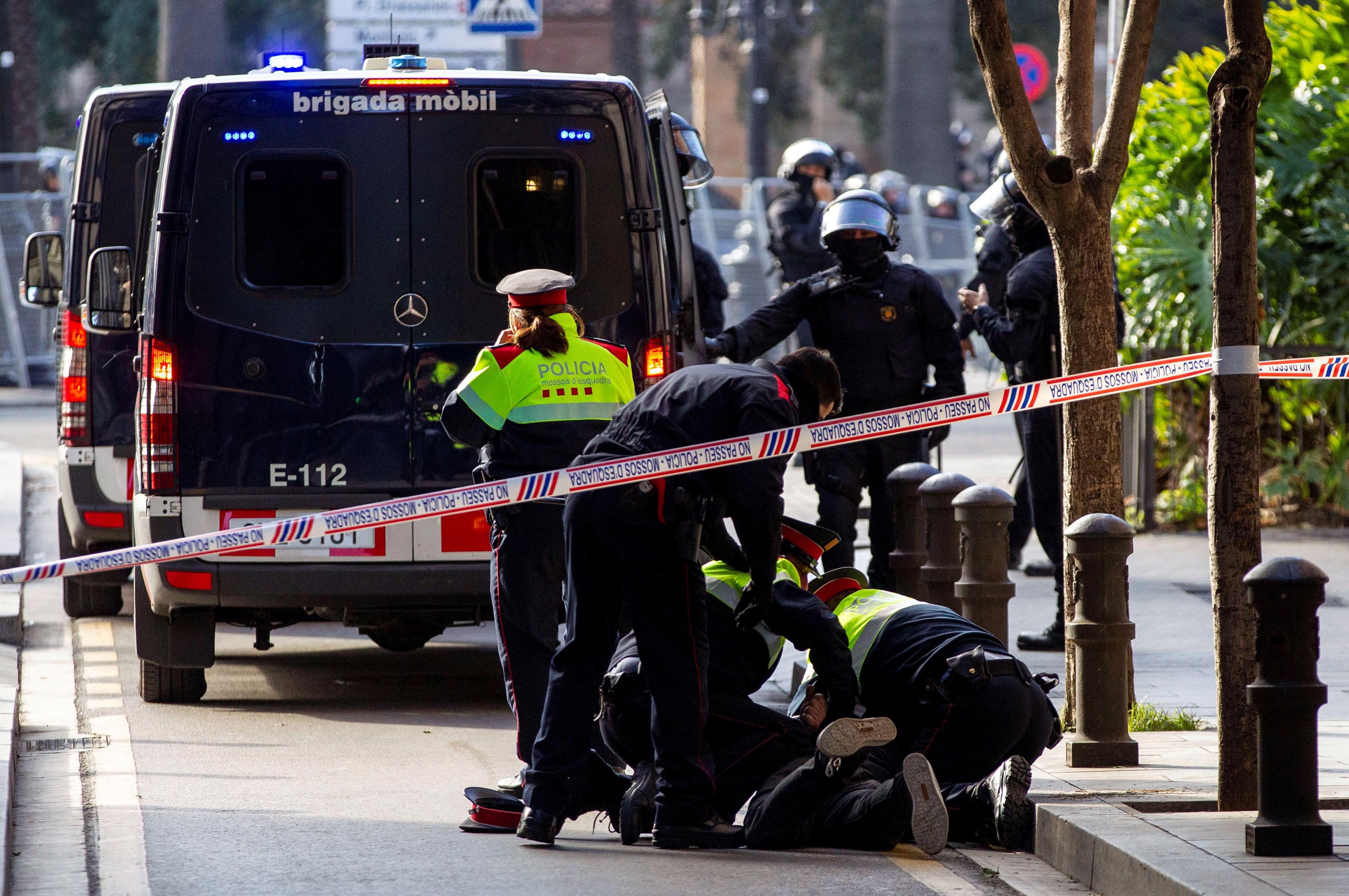 Carrying a banner calling for the release of nine jailed Catalan politicians and activists who face a rebellion trial, social worker Carme Almarza, 52, said she didn't trust the politicians' agreement.

She added: "Not until I see the prisoners freed". 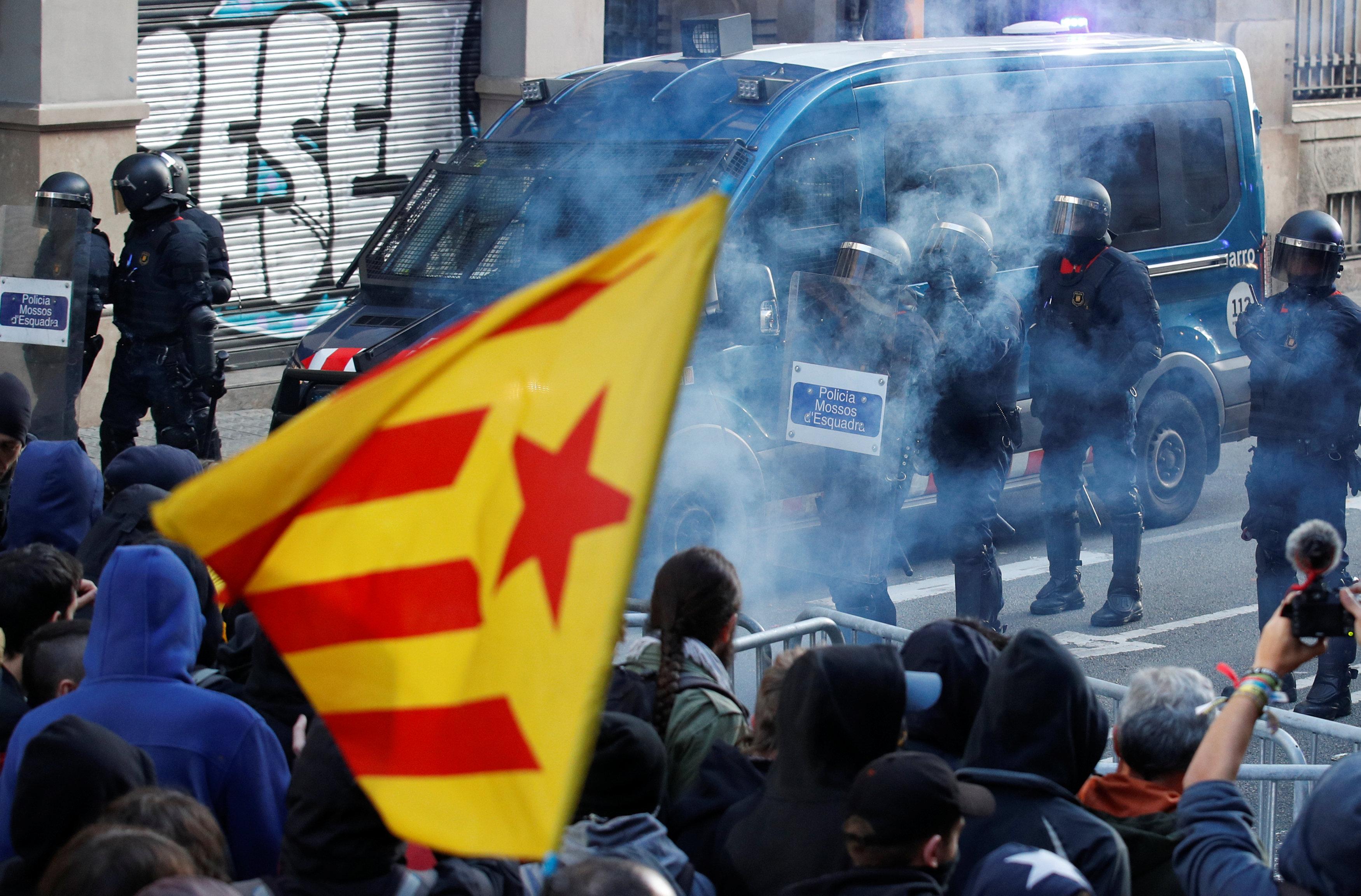 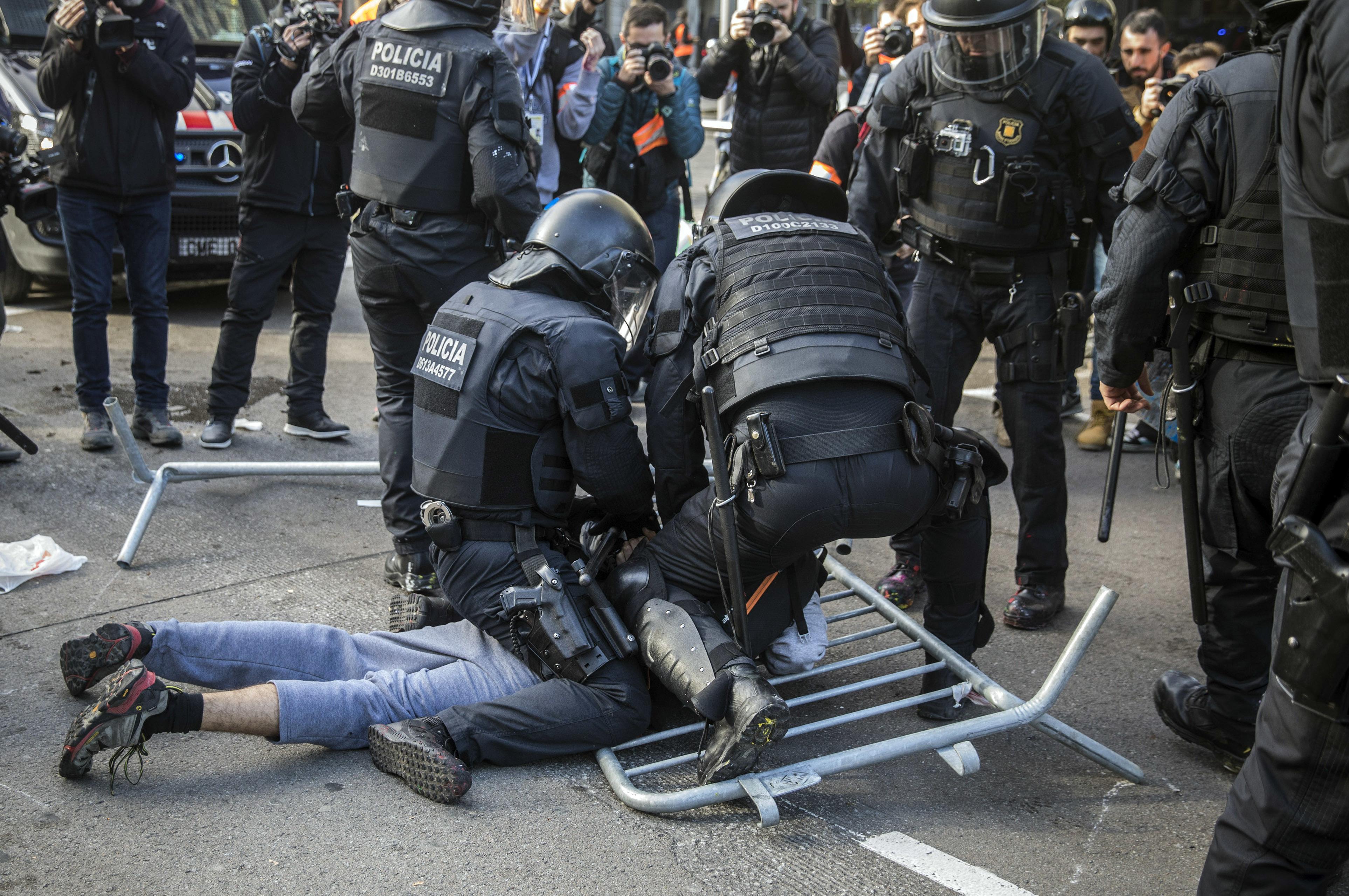 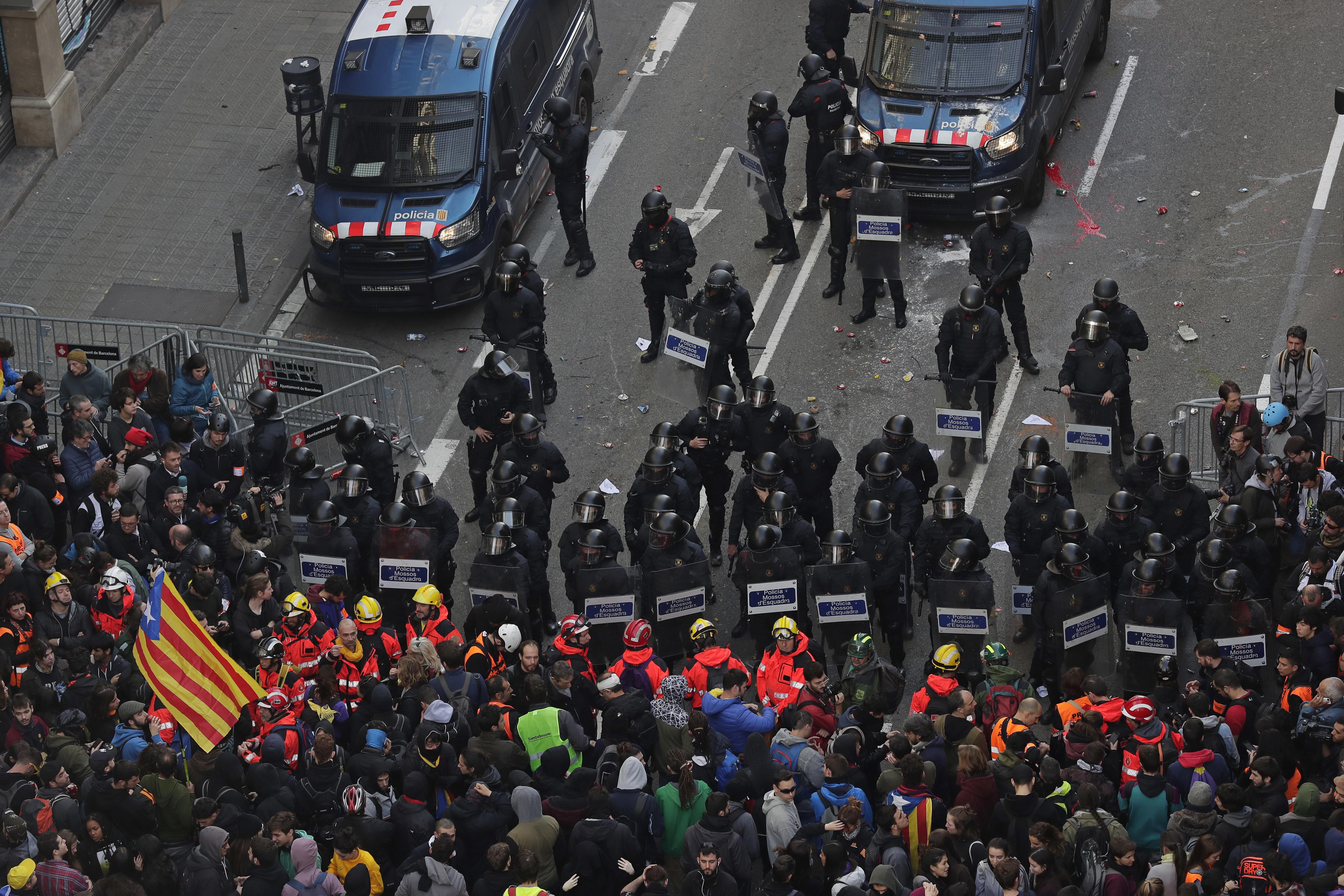 Pro-independence Catalans want to separate from Spain and held a referendum last year which the government ignored.

Catalonia in the north-west of Spain is home to 7.5million residents and the country's second city, Barcelona. 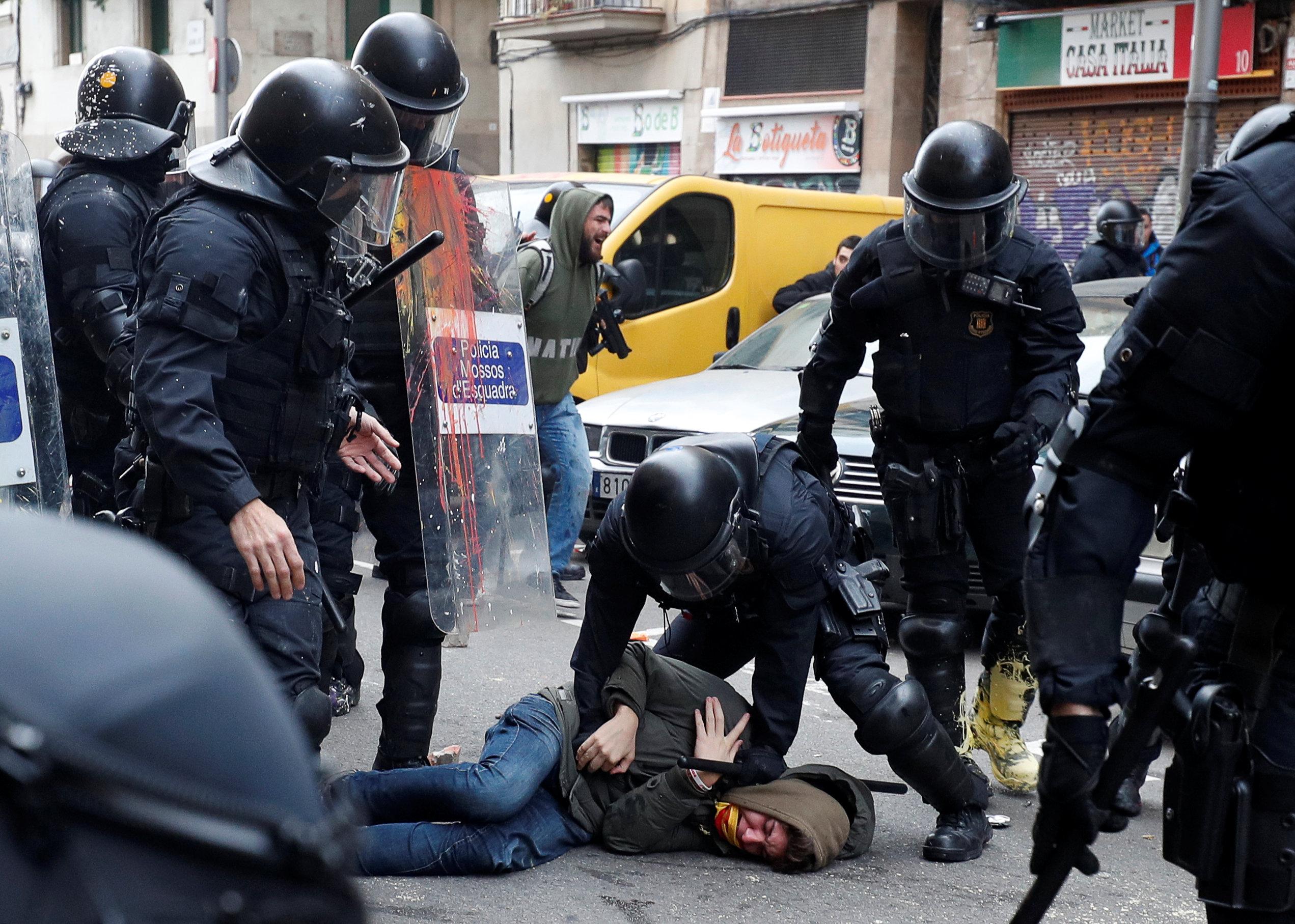 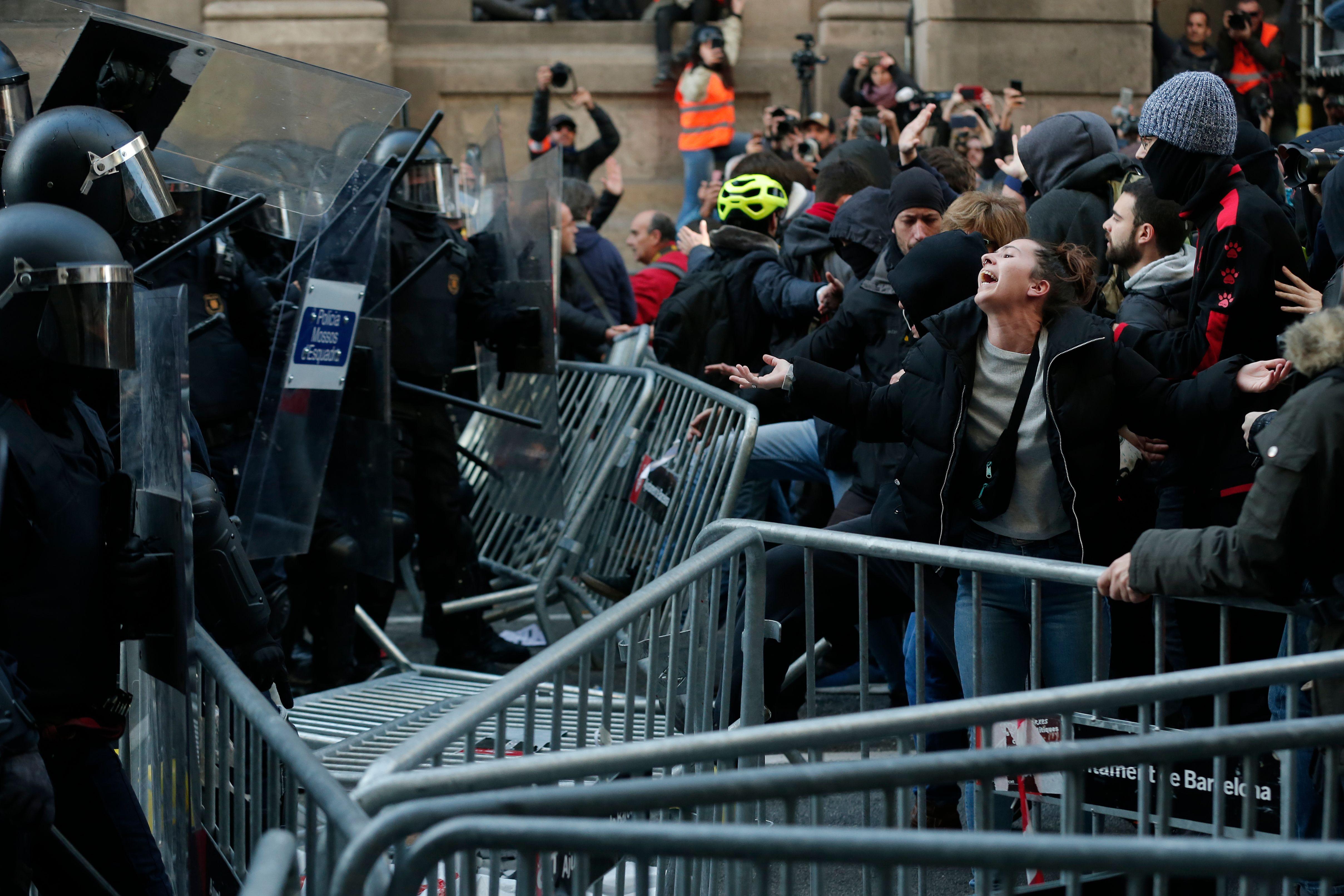 The regional government said voting in the referendum took place in 73 per cent of approximately 6,000 polling stations. Over 900 people and 33 police officers were injured during the clashes.

Sanchez, who has been harshly criticised by the right-wing opposition for his meeting with Torra, has presented the meeting in Barcelona as "a way of showing affection to Catalonia." 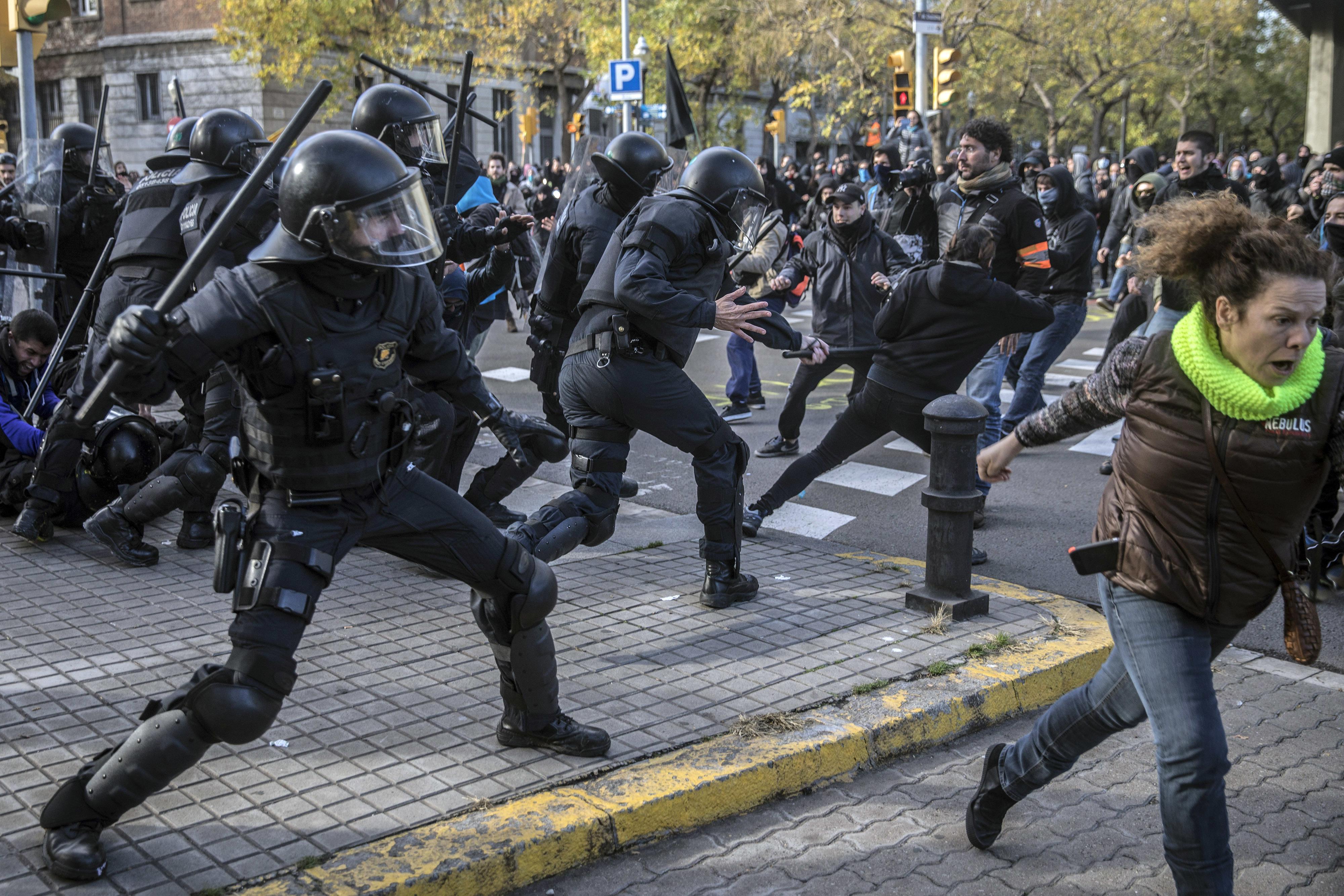 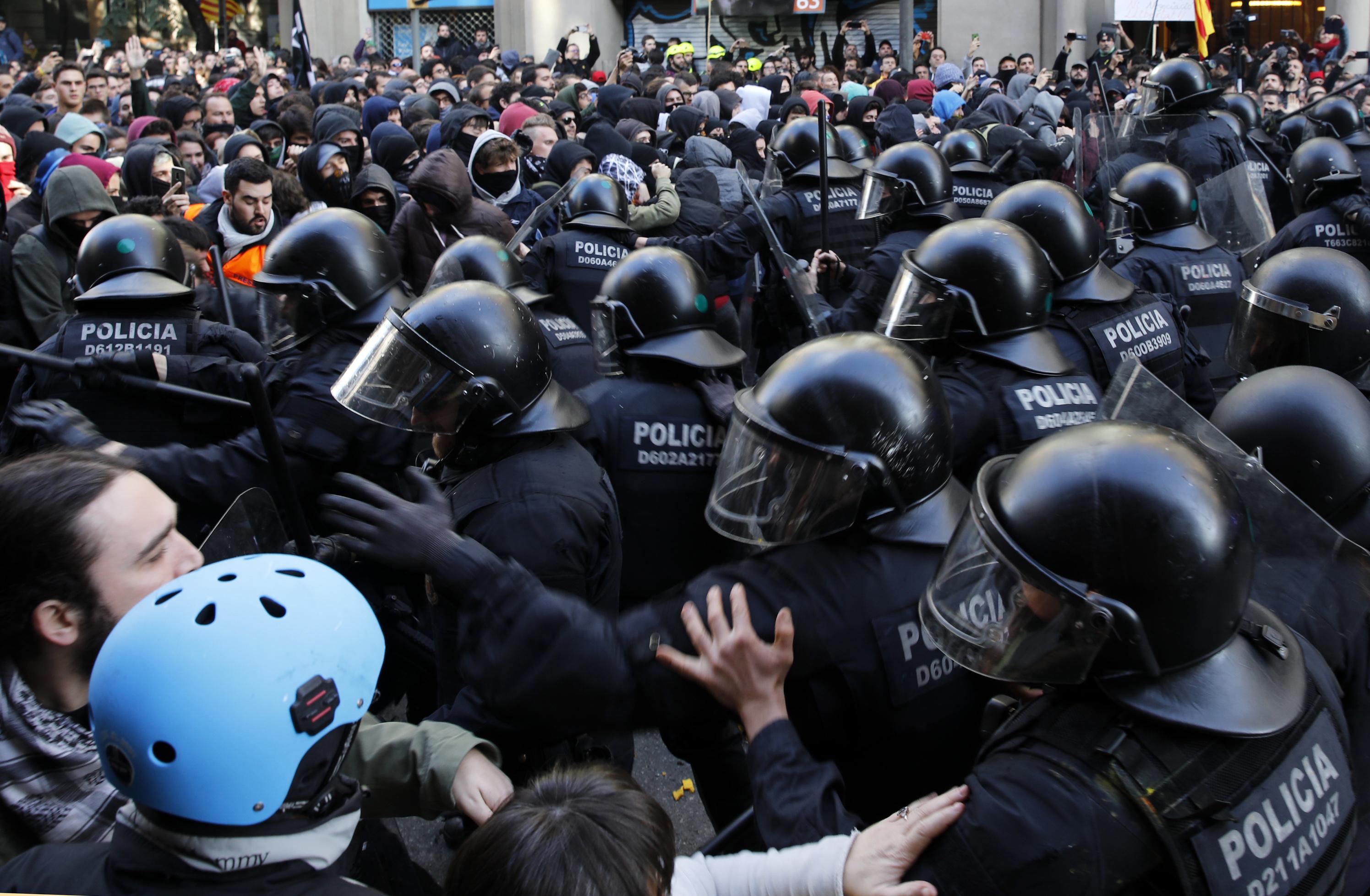 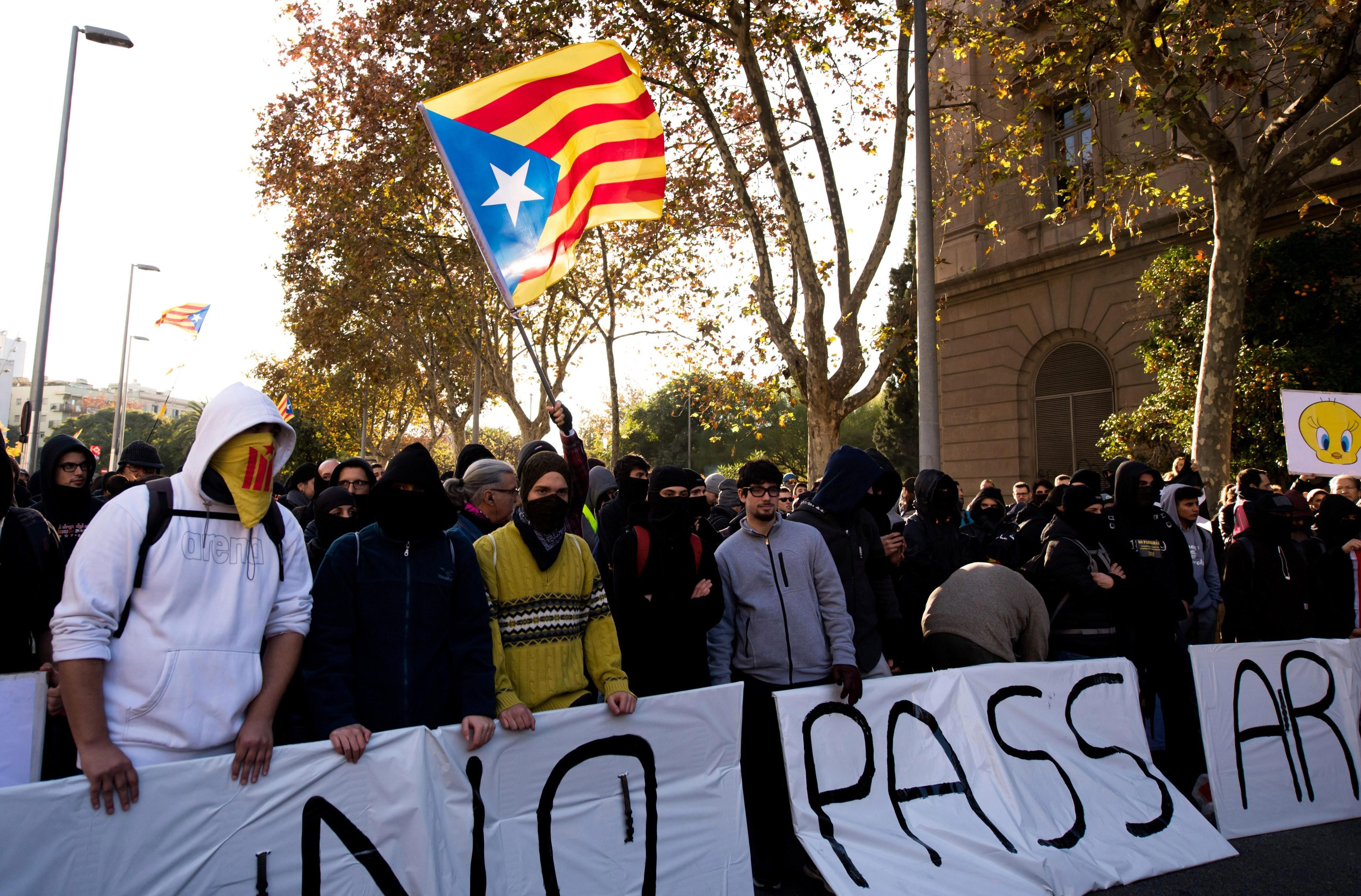 The cabinet is expected to rename the Barcelona airport in honor of Josep Tarradellas, who headed the Catalan government in exile during Gen. Francisco Franco's dictatorship, and raise the country's monthly minimum wage from 736 to 900 euros ($1,019).

Sanchez, whose minority government controls only a quarter of the national parliament, hopes that the plan's social spending will make it difficult for Catalan separatist parties to reject his 2019 budget in a vote scheduled for January.