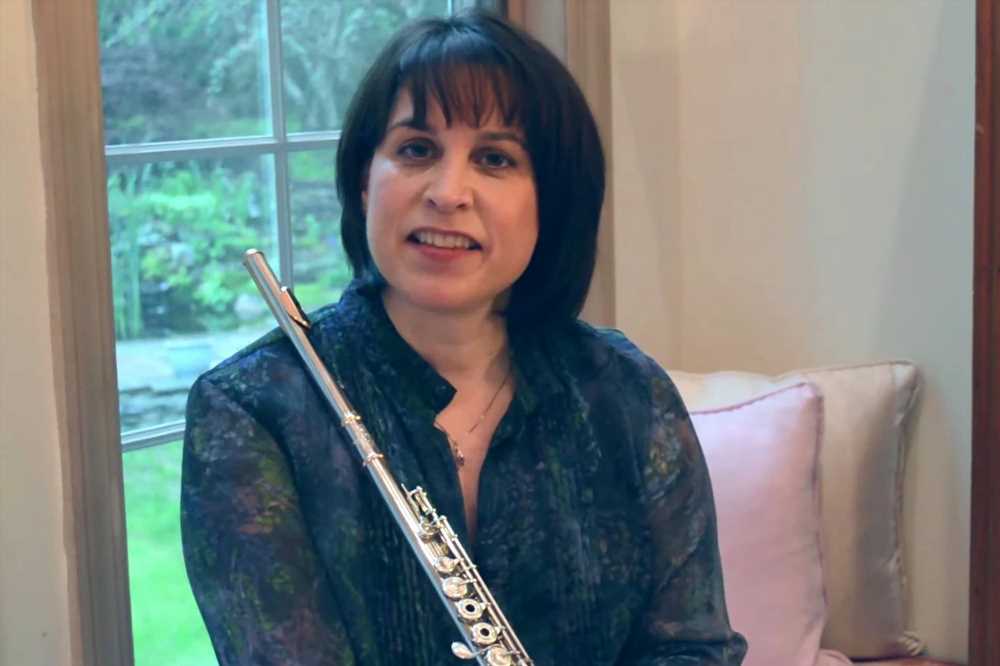 ‘Beyond help’: Son of COVID conspiracy theorist ex-nurse says mom should be prosecuted

QAnon has receded from social media — but it’s just hiding

Biden’s ‘devout’ Catholic faith is pure gaslighting and other commentary

A flutist for the Baltimore Symphony Orchestra who was publicly rebuked for her conspiracy-laden social media posts has been fired from the prestigious group.

Emily Skala, whose posts on COVID-19 and November’s presidential election led the orchestra to distance itself from her in February, was terminated as its principal flutist Tuesday in accordance with its “progressive discipline policy,” the Baltimore Sun reported.

“Ms. Skala has had discipline imposed upon her over these past few months,” BSO’s president and CEO, Peter Kjome, said in a statement. “Unfortunately, she has repeated the conduct for which she had been previously disciplined, and dismissal was the necessary and appropriate reaction to this behavior.”

Skala said she was fired Tuesday after 33 years in her role.

“I’ve only ever wanted to state my truth,” Skala, 59, told the newspaper. “I’m not going to publicize what I’m going to do, but I’m not going to sit passively by. The BSO can expect to hear from me.”

A BSO spokeswoman confirmed to The Post Wednesday that Skala had been terminated, but said she had no additional information to provide beyond its statement, citing internal personnel matters.

Skala has taken down the Twitter profile that led to her public scolding in February. Her latest post on Facebook, meanwhile, cites former Soviet journalist and KGB defector Yuri Bezmenov.

“A person who is demoralized can tell nothing from the truth,” Skala wrote while quoting Bezmenov.

Skala said she thinks her firing was connected to her decision to not wear a mask as required during a visit to Meyerhoff Symphony Hall to hand in a new W-4 form on July 23.

She didn’t plan to go inside, but found out her keycard had been deactivated when she tried to open the door, she told the Sun.

Skala believes BSO officials considered that to be a violation of her suspension, which barred her from the building, according to the report.

“It’s clear I have been a target at the BSO for quite some time,” Skala said. “From February until now, the BSO has repeatedly violated my constitutional rights in response to audience and donor and subscriber pressure … I would hate for this to happen to anyone else.”

Skala had previously claimed on Facebook that the coronavirus was “created in a lab” at the University of North Carolina before being sold to another laboratory in Wuhan, the Sun reported, adding that some of her other posts were flagged by Facebook for misinformation.

She also pushed theories of election fraud, but has denied being a “conspiracy theorist” despite her belief that President Biden was not the authentic winner of November’s election.

“To use that word indiscriminately is disrespectful to our critical thinkers and shut down everyone from doing the same,” Skala told The Post in February. “I’m definitely being unfairly labeled for my views.:”

Skala had previously shared a link on Twitter claiming the “mask thing is a sinister fraud” and that doctors and nurses doling out the COVID-19 vaccine would ultimately be “tried as war criminals.”

The flutist also raised eyebrows for retweeting a link from prominent anti-vaxxer Robert F. Kennedy Jr. indicating that the Centers for Disease Control and Prevention was looking into the death of a 36-year-old Tennessee doctor who reportedly died after getting his second COVID-19 shot.

Skala said Tuesday she’s looking for a new gig, but recognizes the search won’t be easy.

“These aren’t easy jobs to get,” she told the Sun. “But it’s never worth not trying.”