There’s a revamped elimination format on America’s Got Talent this season, which advances only the week’s top two public vote-getters to the finale — with no Instant Save or any input from the judging panel. As a result, each live hour-long results show feels more like five hours long, with put-upon host Terry Crews valiantly struggling to come up with new ways to stall and build suspense as he slowly whittles down each week’s contestants from 11 to five to three to two.

On Wednesday’s results show, there was little suspense to be had, because the top two were — just as I had predicted — Dolly Parton-endorsed country trio Chapel Hart and artsy magician Yu Hojin. (They’ll join last week’s top two, saxophonist Avery Dixon and country crooner Drake Milligan, in the Season 17 finals airing Sept. 13.) But before Terry finally got around to that anticlimactic (if well-deserved) announcement, producers filled some airtime by having another magician — Season 11 third-place finalist Jon Dorenbos — perform. And let’s just say, if Jon had done this magic trick back when he was competing on AGT in 2016, he probably would not have made that season’s top three.

A fan favorite among longtime AGT viewers, Jon also competed on America’s Got Talent: The Champions and made to that finale in 2019, so fans were excited to see him perform this week. Simon Cowell even told him, “I’ve missed you, Jon!” But Jon’s return was not quite as triumphant as expected. 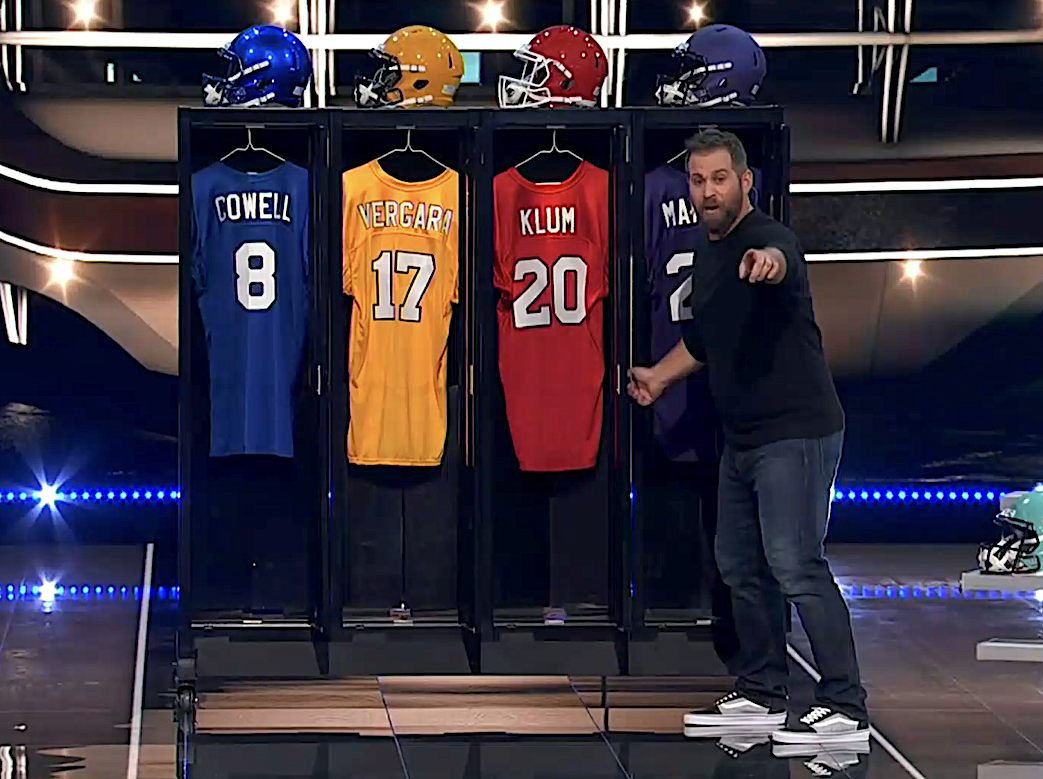 Jon’s trick this week entailed him asking Simon and the other judges — Howie Mandel, Heidi Klum, and Sofia Vergara — to pick random numbers out of a box and letters off a board, and based on this information, he guessed the numbers and colors of four football jerseys secretly hanging inside four onstage gym lockers. He correctly predicted three of the jerseys, but when Heidi showed her number, 8, Jon awkwardly paused and said, “Oh. Well, all right… we’ll get back to you.” Now it was his turn to stall for time.

Eventually Jon did open Heidi’s locker, revealing a jersey with the number 20 instead. (Weirdly, both Simon and Heidi had pulled 8’s out of the magician’s box.) However, as a former pro football player for the Buffalo Bills, Tennessee Titans, Philadelphia Eagles, and New Orleans Saints, Jon is used to performing under pressure — and used to occasionally fumbling and accepting defeat — so he handled the awkward situation pretty deftly on live television. And at least he guessed Heidi’s color, red, correctly. 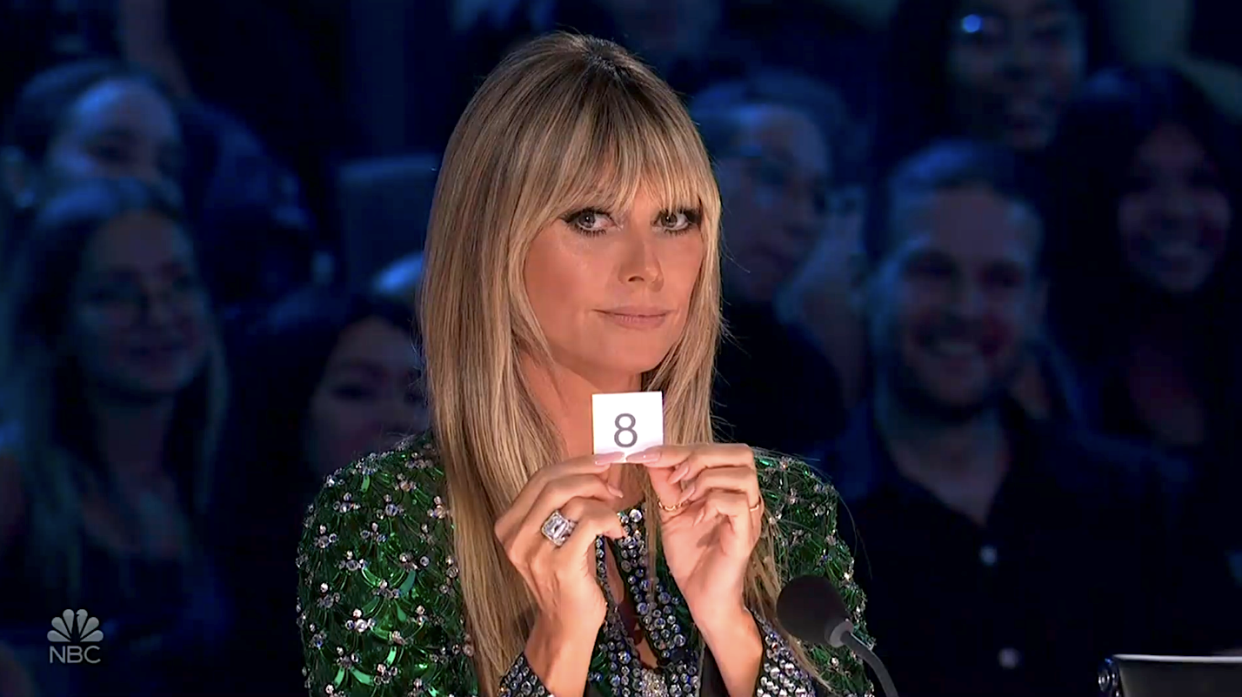 “I thought you were going to pick 20. That’s OK,” Jon shrugged. “Sometimes in life it’s OK to be off by one — because guess what, baby? Every time I take this stage, you all make me feel like a rock star. Being part of the AGT team, I love every second. Whether it’s in the locker room or my life, I try to be the best teammate I can be and also bring my A-game, baby. May we all make the decision to be the best teammate we can be in this world.” A quartet of cheerleaders wearing the judges’ jerseys (including, yes, Heidi’s misnumbered red one) and Daisy Duke shorts then pranced out to distract the studio audience, who applauded supportively.

Dorenbos supporters were sympathetic on Twitter as well, so hopefully they’ll still flock to see him take part in the “America’s Got Talent Las Vegas Live” revue at the Luxor — which ostensibly was what his appearance this week was supposed to advertise. In the meantime, 11 more AGT hopefuls will compete next Tuesday for their own Vegas residency and $1 million prize, as the Season 17 qualifying rounds continue.

And as tonight proved, anything can happen on live TV. See you then.

· Welcome to the dollhouse: Creepy celebrity sisters pull off the ultimate ‘AGT’ prank

· Nick Cannon on quitting ‘America’s Got Talent’: ‘One of the best decisions I ever made in my career’