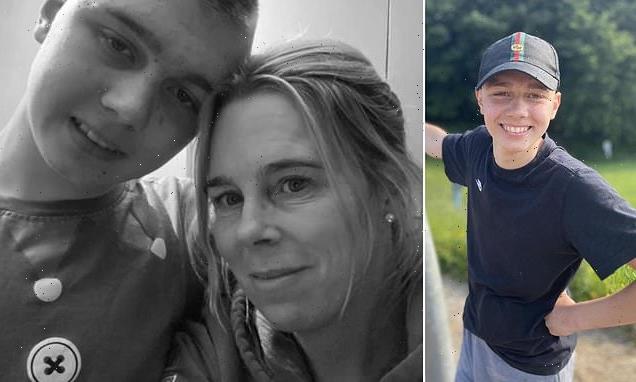 Autistic teenager, 17, undergoes life-saving kidney transplant after High Court judges ruled he could have operation despite doctors saying procedure ‘was not in his best interests’

A 17-year-old boy has been given ‘the gift of life’, receiving a kidney transplant less than a year after he was refused one because of his learning difficulties.

William Verden, who has autism, was diagnosed with a rare kidney condition in 2019 and is now recovering in hospital after the operation on Sunday afternoon.

His mother Ami McLennan, 45, from Lancaster, launched legal action in February after Manchester University NHS Foundation refused a transplant to her son because they did not think he would be able to cope with the physical and psychological trauma of an operation that came with no guarantee of success.

The mother-of-three won the High Court battle and appealed for a donor, not being able to give her own kidney because she was not a match.

She shared the news that a match had been found on the Team William Facebook page on Sunday, saying it was a day she’ll ‘never forget’. 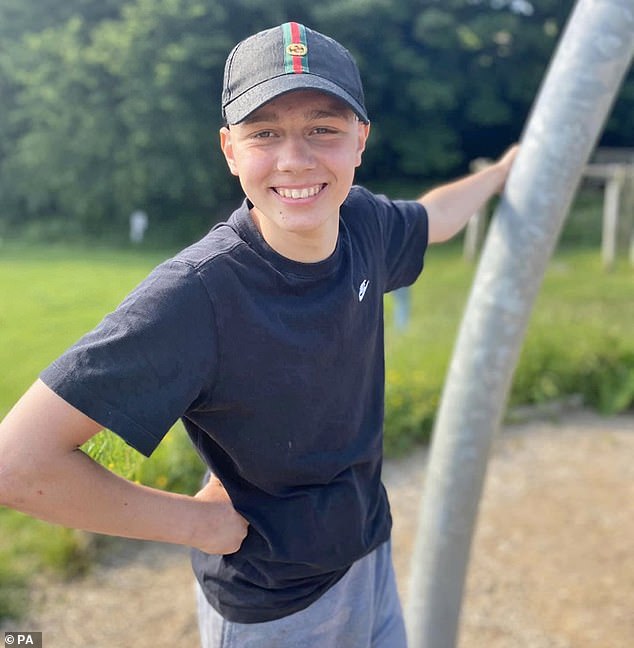 Ms McLennan: ‘I got a really unexpected phone call yesterday. The hospital have found a AAA match for Williams kidney transplant.

‘The transplant has unfortunately come from a deceased donor and while we are devastated it’s such sad circumstances, we are also so incredibly grateful that this could be the start of a new forever for our beautiful boy.

‘I will never be able to repay this person for this chance for my William.

‘He will spend the next few weeks in paediatric intensive care where all we can do is hope and pray that his body accepts his new kidney and his FSGS doesn’t return.’ 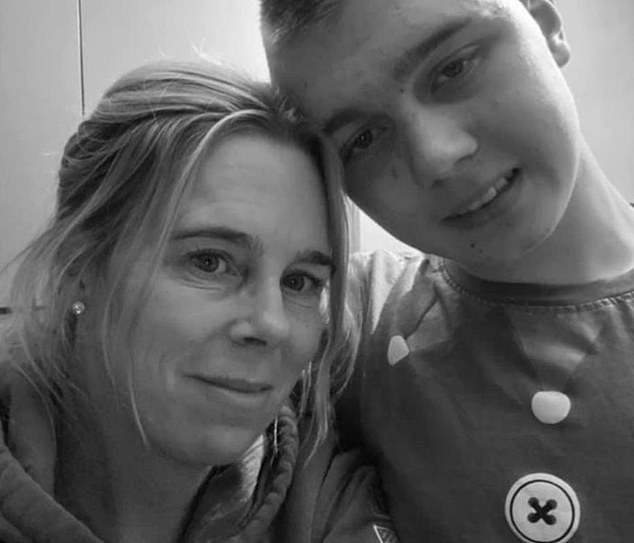 Hundreds of people who have been following William’s journey have shared get well wishes on the Facebook group.

One woman wrote: ‘Well done William you’re a true soldier!! I really do hope you have a speedy recovery and get to live a better life! The whole of Morecambe are rooting for you!!’

Another added: ‘You’ve got this William!! You’re a fighter, you overcome so much everyday. This is just another obstacle that you will climb and become stronger for doing so!! And Ami make sure you’re taking care of yourself too!’

William, who has autism and attention deficit hyperactivity disorder, was diagnosed with the kidney condition focal segmental glomerulosclerosis (FSGS) in December 2019. 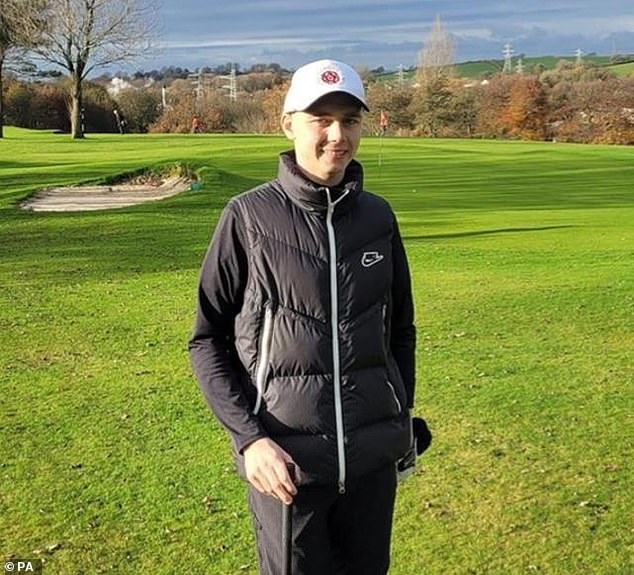 William, who enjoys playing golf, kicking a football and doing odd jobs, will hopefully live a further 15 to 20 years if the transplant is successful before he’ll need another one

His kidneys were functioning at around five percent and by May 2020, having reached end-stage kidney failure, he was having dialysis via his stomach at home ten hours a day, six days a week.

It is thought that the kidney transplant has a 50 per cent chance of success but if it works William could live a further 15 to 20 years before he needs another one. 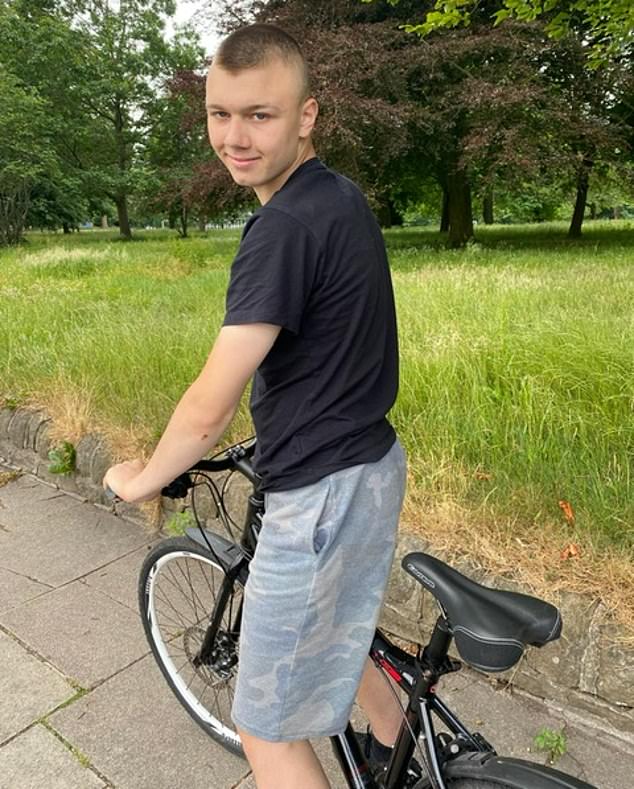 The hospital argued, however, that surgery had a 20 per cent chance of success, possibly requiring further transplants.

They could not agree to a transplant because they said he would suffer psychological and physical harm from post-operation sedation and ventilation to prevent him pulling out lines and catheters.

Medics advised Ms McLennan, 45, to take William home and instead offered ‘comfort care’. He was given at most 12 months to live when the dialysis keeping him alive was expected to stop working. 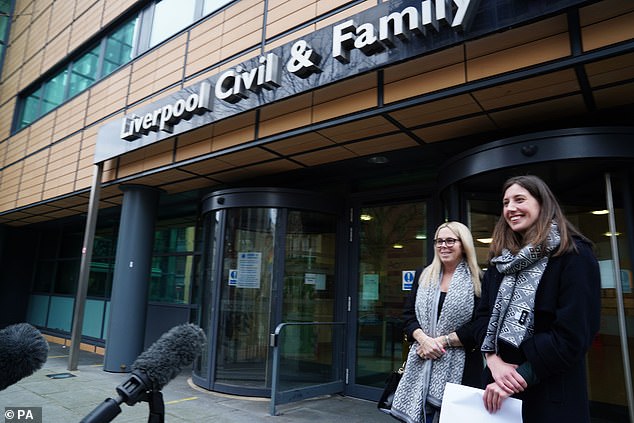 Focal and segmental glomerulosclerosis (FSGS) is a medical term for a family of diseases involving damage to the glomeruli (the small filters in the kidney).

The damage causes scarring to the filters which then stop working properly. This allows protein to leak through the walls of the glomeruli and into the urine

The condition can affect children and adults and can be caused by inherited diseases or by an immune dysfunction. Sometimes the cause is unknown.

It is a chronic disease because the scarred glomeruli cannot be repaired.

Over time, some patients with FSGS gradually get worse until they reach kidney failure.

If this occurs, they will need a kidney transplant or dialysis to stay alive.

But Mrs Justice Arbuthnot ruled that the transplant was ‘not futile’ and said: ‘Although the chances of that lead to an increase in William’s suffering in the short and medium term, it has the commensurate benefit which is there is a chance for William of long-term survival.’

Following the decision, Ms McLennan said she hoped her son, who loves playing golf and football, would live his ‘best life’.

‘He absolutely loves life and has so much to give,’ she said. ‘He’s cheeky, kind, helpful and would do anything for anybody.’

The devoted mother, who herself underwent surgery to have a pacemaker fitted last year, is also carer to her disabled partner of 21 years, the father of William and his sister Ruby.

He is a double amputee who lost both legs aged 18 to bacterial meningitis, which meant Amy had to shoulder most of the stress of the court case alone.

Toli Onon, the joint group medical director for Manchester University NHS Foundation Trust, said after the trial: ‘William has a rare condition affecting his kidneys, and each treatment option had its own risks to his health and wellbeing.

‘That’s why we asked the court to make this difficult decision, and why the judge noted that she respected our approach to establishing what’s best for William.

‘William, his family and our staff have all worked really hard together to support his dialysis and we will now be liaising with William and his family regarding how best to progress his treatment.’