The horrifying moment five autistic children flee an inferno with their ‘hero’ mentors after a plane CRASHED into their building, killing the pilot and his flying school student

This is the horrifying moment a New Jersey father and his former flight school student were killed after the small plane they were flying crashed into a Florida building and left the occupants running for their lives.

Pilot Eladio Marquez and his passenger perished in the incident took place Saturday 1.30pm at a Fort Lauderdale warehouse that housed an organization providing therapy to children with autism.

Video footage from a nearby electronics store surveillance camera shows the six-seater aircraft which took off from Fort Lauderdale Executive Airport skidding along the road before bursting into flames on impact with the building.

Scroll down for videos 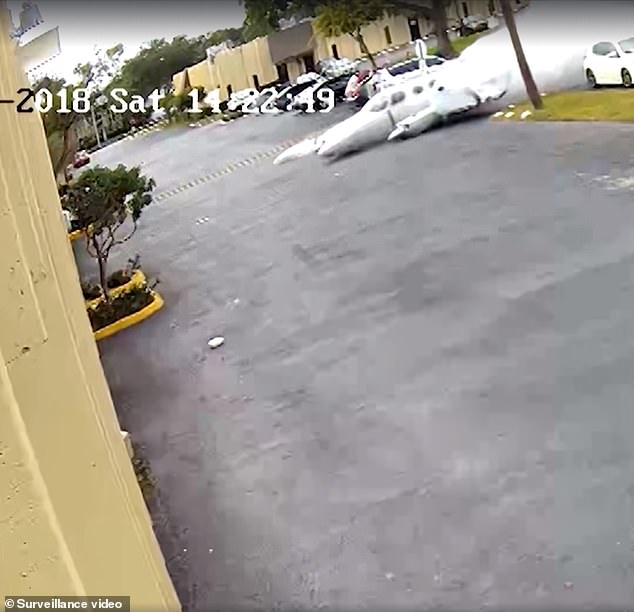 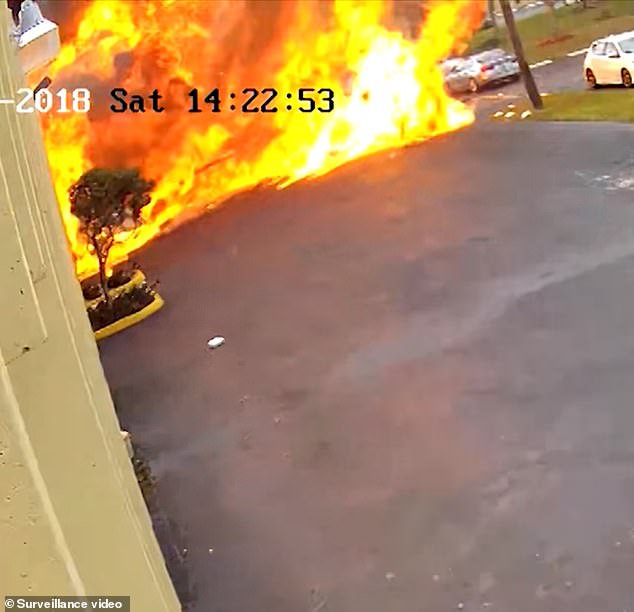 Shortly afterwards terrified groups of people – including five children aged five to 10 years old – can be seen dashing away from the scene in the footage from H&J Electronics.

Witnesses describe hearing the engine pop three times as it passed over them, before seeing a lot of black smoke.

Marquez, 51, and his Cessna 335 passenger were bound for an airpark in the north Florida town of Hilliard but they reported a fire in the left engine seconds after taking off.

They intended to safely return to the grass strip but for some reason could not make it.

The pilot is reported as telling air traffic control: ‘We’re losing power in our left engine, we turning right back.’ 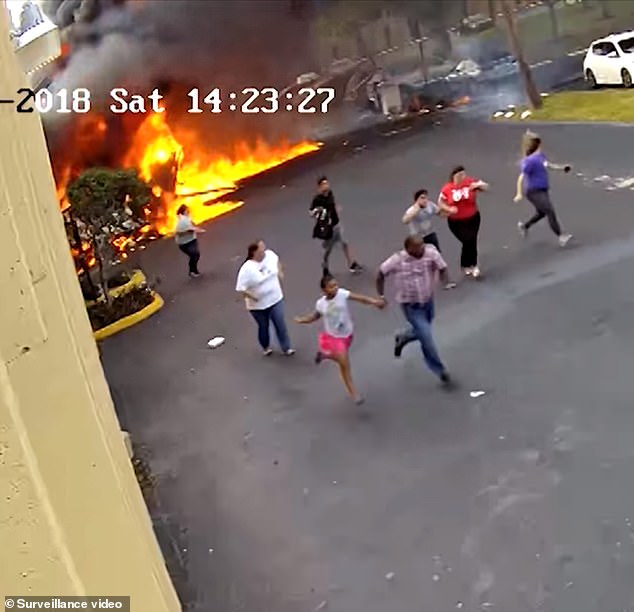 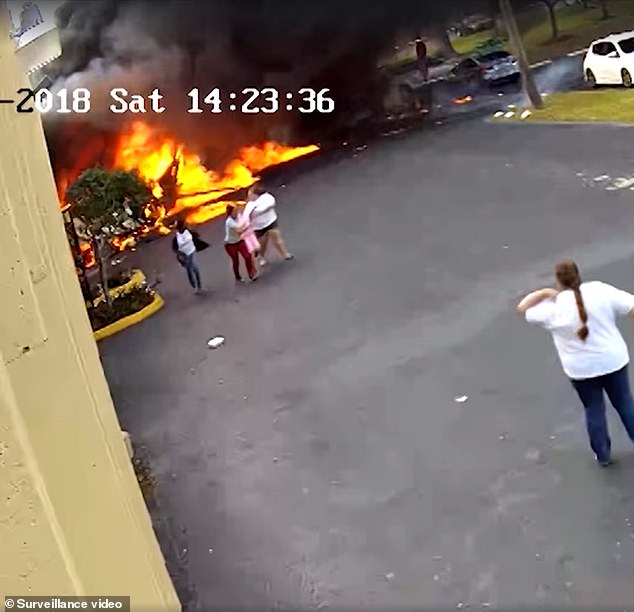 Eight members of staff at Positive Behavior Supports Corporation and the children were inside the West Cyprus Creek Road warehouse when the accident happened.

Of those people one teacher at the school for autistic children sustained minor injuries as she led youngsters away from the inferno but she was not required to go to hospital.

Regional director of Positive Behavior Supports Corp. Claudia Axelrod explained how the roof began to collapse when the explosion happened but the guardians had no idea they were involved in a plane crash.

However the adults’ quick-thinking made sure the children escape safely.

‘They felt the building shake, and they thought it was a car that probably hit,’ Axelrod said. ‘Quickly, the door began to catch on fire, so they grabbed each child. The person in charge started to shout, ‘You have this one, you have this one,’ to make sure that everyone was accounted for.’ 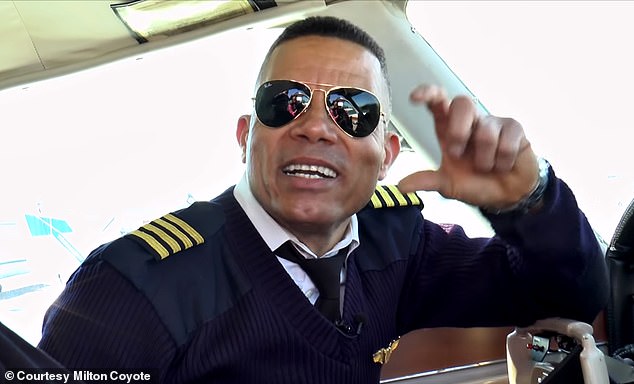 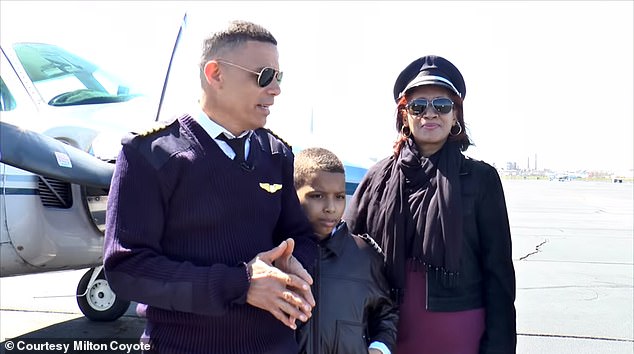 Marquez was a good father and brother his wife, Belkis Marquez, said. The name of the passenger was not shared 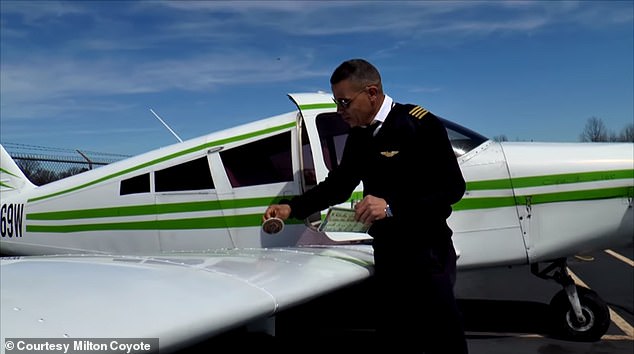 Marquez, from the Dominican Republic, owned two planes and opened his own pilot school

It took the Fort Lauderdale Fire-Rescue Department until 2.30pm to extinguish the flames.

The fire department said the therapy school staff are the real heroes after the sad event.

‘Our condolences with the families of the two people that passed away today in this tragedy,’ ABC 10 News reports Axelrod said. ‘Our prayers are with you.’

The Dominican Republic pilot came to the United States where he took flying lessons, became an instructor and eventually opened his own flight school. 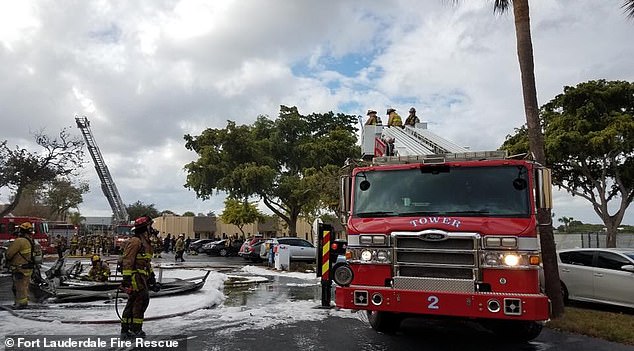 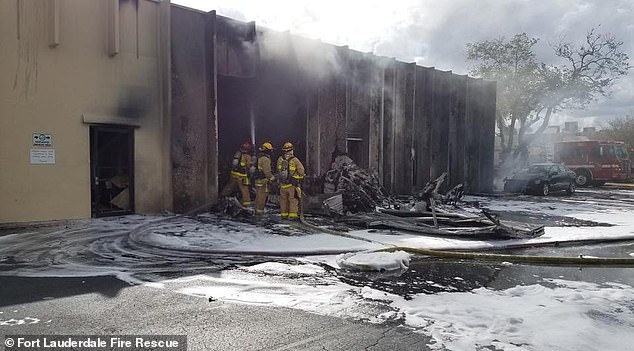 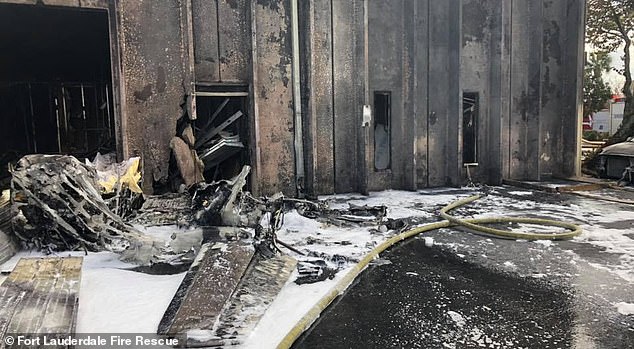 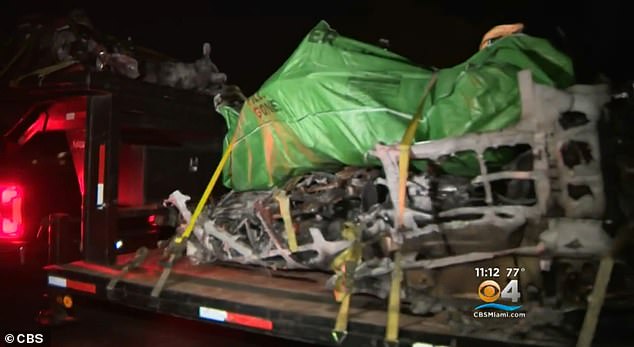 Marquez owned two planes, had been flying 12 years and instructed for 10 years. He was known as a family man, his devastated wife said.

‘He was a good husband, good father, brother,’ Belkis Marquez.

An airport manager told CBS 4 that the aircraft may have struggled due to heavy rain.

Investigators are also looking into whether the small plane had work done on it recently.

‘We have interviewed personnel at the airport for fuel and who interacted with the pilot or the occupant in the aircraft in the day or two before the accident,’ the National Transportation Safety Board’s Tom Monville siad. ‘We have to go back and interview another mechanic who was involved in some sort of inspection.’