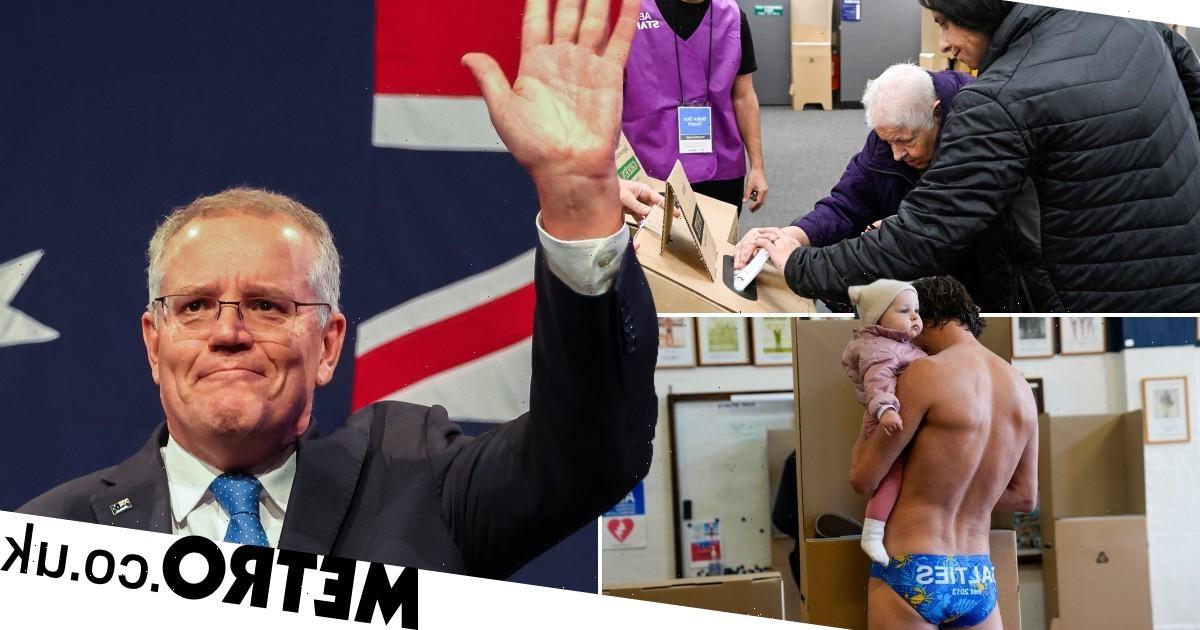 The win marks an end to a decade of conservative rule in Australia.

Opposition leader Anthony Albanese will be sworn in as prime minister after his party clenched its first electoral win since 2007.

Mr Morrison conceded victory at around 11pm in Australia – 1.30pm in the UK.

In a speech, he said: ‘In this country, at a time like this, when we look around the world, and particularly when we see those in the Ukraine fighting for their very freedom and liberty, I think on a night like tonight we can reflect on the greatness of our democracy.’

He added: ‘This has been a time of great upheaval over these past few years. And it has imposed a heavy price on our country and on all Australians.’

The country’s ruling group, the Liberal-National coalition, will now be replaced by Labor.

Mr Morrison’s replacement, Mr Albanese, has told reporters he is ‘ready to serve’. 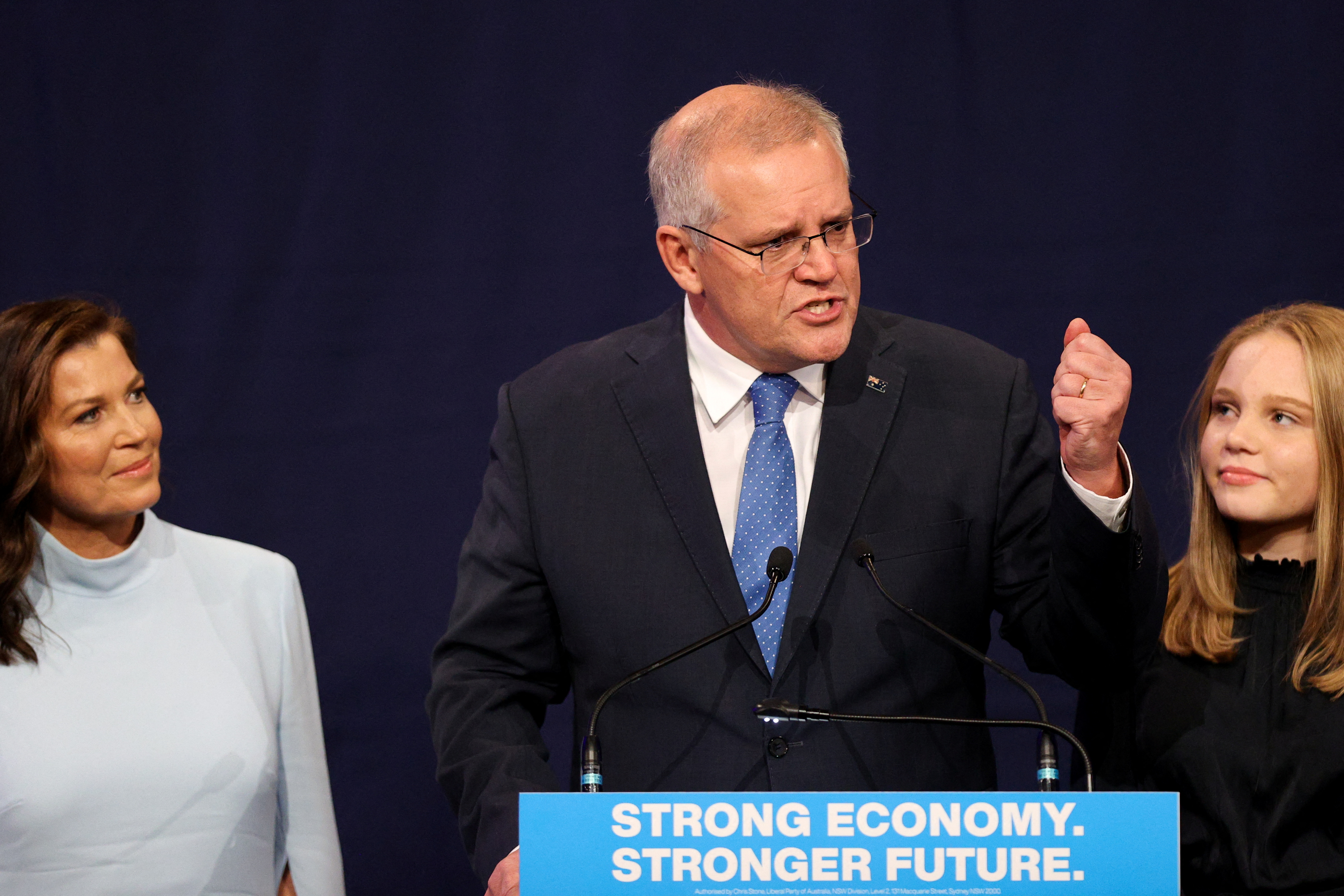 He said: ‘I want to unite the country.

‘I think people want to come together and look for our common interest, look towards that sense of common purpose … people have had enough of division, what they want is to come together as a nation and I intend to lead that.’

There were huge queues at polling booths this morning, as people rushed to cast their vote.

In Australia, everyone aged 18 and over has to register to vote.

If a person fails to do so, it can result in a fine or even a day in court.

This morning, many Australians were spotted in swimming attire as they cast their vote between trips to the beach or pool.

Many were rewarded with so-called ‘democracy sausages’, a well-known offering of tasty food grilled outside polling stations to entice voters.

In this election, the country’s first since 2019, the cost of living has been a major factor in influencing votes.

Climate change has also been a key concern for Australians, with a large number of devastating bushfires and floods.

In this election, the Green Party have also done far better than in previous years, and hailed a ‘record’ election for votes.

In the lead-up to the election, Labor promised more financial assistance and a robust social safety net in response to soaring inflation and house prices in Australia.

It also wants to tackle climate change with a more ambitious 43% reduction in greenhouse gas emissions by 2050.

Polls yesterday hinted at a Labor victory, with a survey from Roy Morgan and the Australian’s Newspoll predicting a 53-47 split, leaning to Labor.

Mr Albanese had started his day by visiting polling boots in Melbourne, where he urged voters to ‘give Labor a crack.’