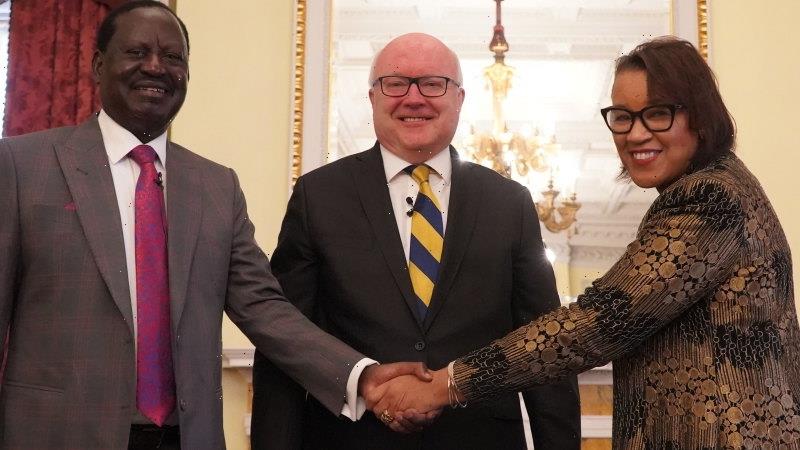 London: Australia has helped broker a guarantee of a free and fair election in Kenya in a closed-door bid to avert an outbreak of the ethnic and political violence that has characterised past votes in the African nation. 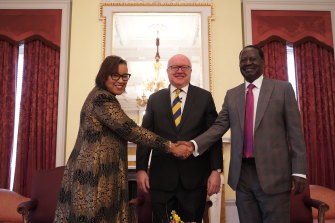 Outgoing President Uhuru Kenyatta has endorsed his long-term rival Odinga over his own deputy, Ruto.

The international NGO Saferworld, which works on preventing conflict, says the months before and after elections have been the most violent periods in Kenya’s post-independence history. Thousands have been killed and hundreds of thousands displaced in election cycles since 2007.

To prevent this happening again, Baroness Patricia Scotland, Secretary-General of the Commonwealth of Nations, invited rivals Ruto and Odinga to separate dialogue sessions to discuss holding peaceful elections and enlisted the help of Australia’s High Commissioner to the UK and former attorney-general George Brandis to secure a pledge from Odinga that the results would be respected. 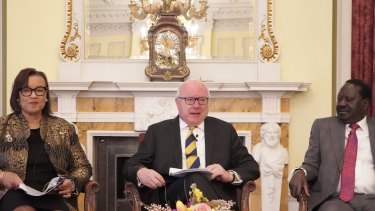 Odinga gave that undertaking to Brandis and Scotland at the meetings which were attended by a select audience that included diplomats.

“If the elections are free, fair, and verifiable, I give my undertaking to accept them, whether we win or we lose,” Odinga said.

“We have a record of respecting court decisions and for the rule of law. We will not resort to violence or incitement but will only use legal and constitutional means to resolve any election disputes, if they arise,” he said.

At a separate session moderated by the chair of the Commonwealth Board of Governors and Kevin Isaac, the High Commissioner to the UK for the Caribbean nation of Saint Kitts and Nevis, Ruto gave similar guarantees.

“We have stated publicly and unequivocally, we will do our utmost best to make sure the elections are free, fair and peaceful,” he said.

“We will accept the outcome of the elections and decision of the people of Kenya.”

Scotland said the talks, named Marlborough Dialogues after the Commonwealth’s London headquarters, Marlborough House, were aimed at strengthening democracy across the fraternity of countries.

“The participants came to talk not about what others may do, but about what they will do for democracy and peaceful transfers of power,” she told The Sydney Morning Herald and The Age.

“The Commonwealth Secretariat works continually, and across the entire election cycle to support sustainable democracies across our members.

“We do not give up and stand ready to support Kenya and all our members in sustaining their democratic processes,” she said.

Brandis said Australia was demonstrating its commitment to democracy by taking part.

“The inaugural Marlborough House Dialogue in London was an important opportunity to secure a commitment to a free and fair election in Kenya,” he said.

“Australia is resolutely committed to the Commonwealth and promoting the rule of law.”

Fergus Kell, a research analyst in Chatham House’s Africa Program said the commitments were a “small but necessary step”.

“It is encouraging that they each went on to reiterate these statements publicly during addresses at Chatham House, but moving forward it remains critical to acknowledge the essential role of Kenyan civil society and electoral institutions in creating the conditions for political leaders to be held to account on such promises,” Kell said.