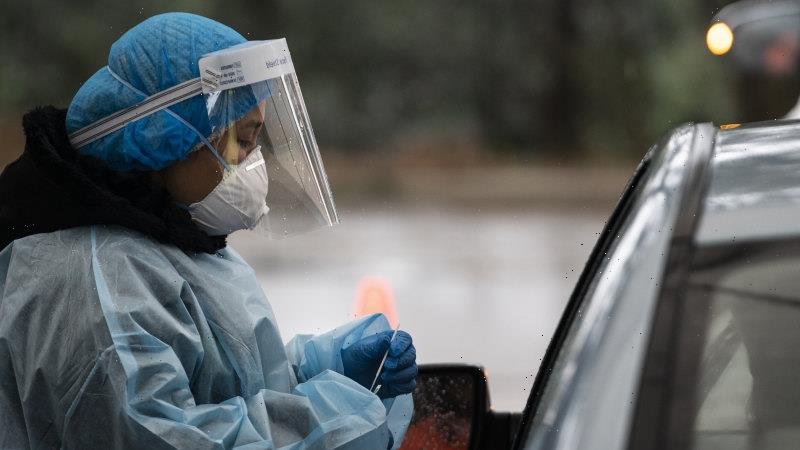 We have made our live coverage of the coronavirus pandemic free for all readers. Please consider supporting our journalism with a subscription.

In case you missed it, Victorian health authorities identified a number of new COVID-19 exposure sites last night, including several childcare centres and a primary school.

Narre Kids Early Learning and Kinder at Narre Warren, in Melbourne’s south east, was declared a tier-1 or close contact site between 9am and 4.30pm on Monday, September 27 and Tuesday, September 28.

St Margaret’s Primary School at Maribyrnong, in Melbourne’s north west, was declared tier 1 for Thursday, September 23 between 8am and 4pm.

A full list of Victorian exposure sites can be found here.

Sydney schools to reopen a week earlier, classes to start from October 18

Sydney students will return to school a week earlier than originally announced after the state government reviewed its back-to-class plan amid faster than expected vaccinations, with kindergarten, year 1 and year 12 students now returning on October 18.

NSW Education Minister Sarah Mitchell also wants all schools across the city to reopen at the same time, in a sign that the government has stepped away from earlier plans to close those in areas with high rates of COVID-19 community transmission. 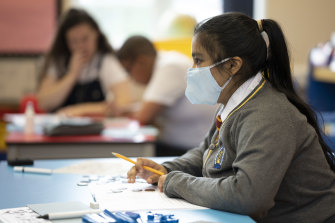 The NSW crisis cabinet made the decision on Wednesday, a senior government source who spoke on the condition of anonymity confirmed, and will meet later this week to consider an overhaul of the state’s contact tracing methods.

Prominent GPs have called for a new after-hours COVID-19 health hotline, as one paramedic describes Victorian emergency department conditions as “already apocalyptic” and the Andrews government warns the worst is yet to come.

With unprecedented demand on hospitals and calls to triple zero reaching levels on Monday not seen since the 2016 thunderstorm asthma event, state health officials have given welfare briefings this week urging front-line workers to “prepare psychologically” for a difficult few months as Victorians emerge from lockdown.

Melbourne GP Nathan Pinskier, who provides doctors to the Victorian government for COVID-19 testing and hotel quarantine, is part of a group of doctors proposing an after-hours service to field calls from patients and suspected cases, to give people an option other than calling triple-zero.

He said COVID-19 patients were currently monitored by a “fragmented” system of public hospital networks and community health services.

One of the latest new Queensland cases of COVID-19 could be the state’s first recorded transmission of the virus between two people who were fully vaccinated.

As the state health authority battles to keep the Delta strain at bay, Chief Health Officer Jeannette Young warned she expected the virus to be circulating widely in the community well before year’s end. 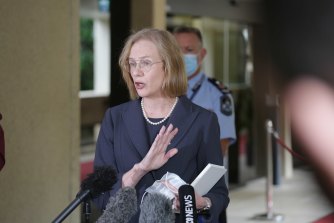 “Once the community’s all vaccinated, we will get virus circulating and people will get sick, but the chances of them needing intensive care and dying with the disease are enormously lower,” she said.

Just one new local COVID-19 case was reported by Queensland authorities on Tuesday: a fully vaccinated close contact of an Eatons Hill-based aviation trainer believed to have contracted the virus from an international pilot.

While not included in Queensland’s figures, a Gold Coast-based truck driver spent Saturday to Monday infectious in the community before testing positive in NSW.

Read more about the situation in Queensland here.

Good morning and thanks for reading our live coverage.

It’s Thursday, September 30. I’m Broede Carmody and I’ll keep you informed of some of today’s biggest stories as they unfold.

Here’s everything you need to know before we get started.