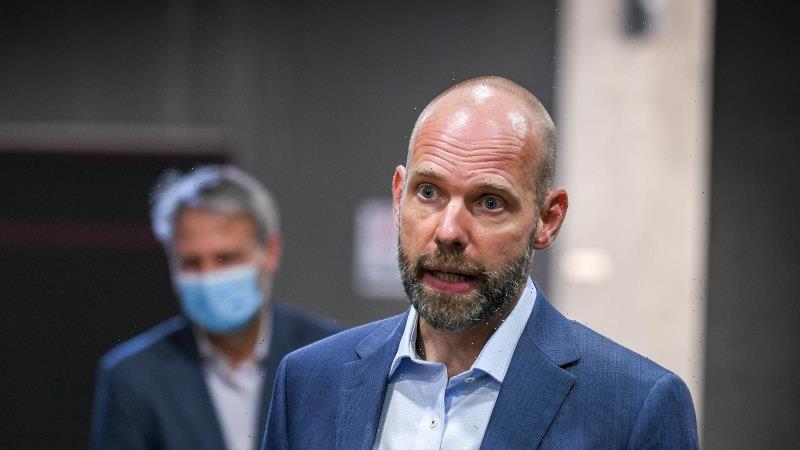 Shorten says he has ‘no problems’ with children receiving Pfizer jab

Australia’s medical regulator is considering a proposal that would allow people aged between 12 and 15 to receive the Pfizer vaccine.

It comes as Prime Minister Scott Morrison says he wants children to return to in-class learning as soon as possible.

Labor frontbencher Bill Shorten was speaking on the Today show just a moment ago and said he would have no problem with his children getting the jab.

“Sure,” he said. “No problems. There’s been an outbreak related to a school not far from my electorate. What I don’t want to see is infection getting into some of the public housing towers and some of the more tightly, densely packed parts of our communities.”

The number of official COVID-19 exposure sites in Melbourne has once again jumped above 300.

The new additions include a trip on the number 19 tram through the city on Thursday, June 4 and various fast food and convenience store outlets across a wide range of suburbs (mostly in Melbourne’s north and west).

A positive case visited a fuel station on the West Gate Freeway in Port Melbourne late last week. Other areas of concern include a Subway and McDonald’s in Campbellfield, a Red Rooster in Pascoe Vale and a McDonald’s in Flemington.

Two 7-Elevens, one in Maribyrnong and another in Yarraville, have also been added to the list. You can view the full list of public exposure sites below.

The NSW government secretly offered $50 million in taxpayer funds to Qantas to head off a bidding war with rival states to keep the airline’s global headquarters in Sydney.

Under heavy financial pressure from the effects of the global pandemic, Qantas announced last September it was reconsidering the location of its headquarters in a move heavily criticised by federal Trade Minister Simon Birmingham as a “blatant appeal for corporate welfare”. 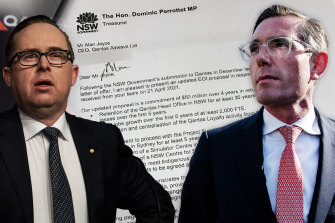 NSW Treasurer Dominc Perrottet has been working on a $50 million bid to keep Qantas in NSW. Credit:Louise Kennerley, Edwina Pickles

Good morning and thanks for your company. I’m Broede Carmody and it’s Tuesday, June 8.

There’s some big stories around today. Here’s what you need to know before we jump into our rolling coverage: