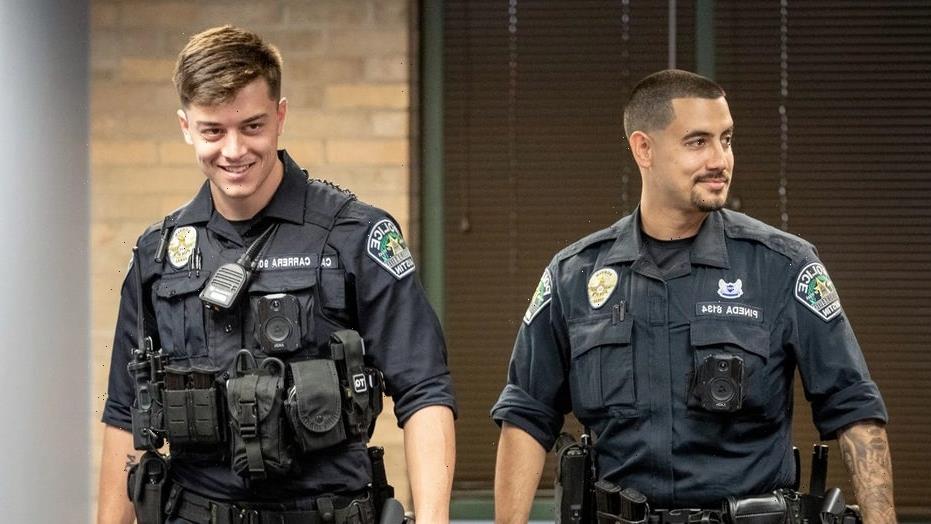 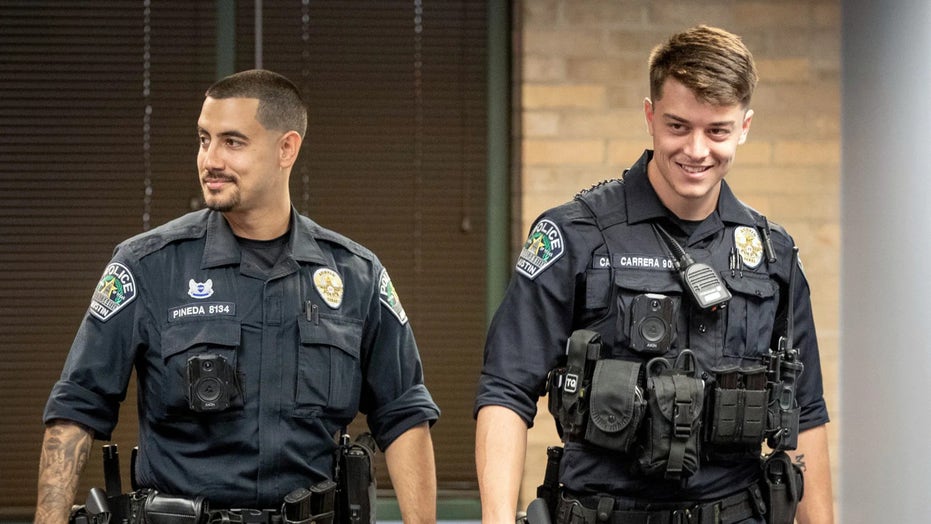 They’re the talk of Austin – two hero cops who saved an unconscious man from his burning pickup and went viral, for their deed and their looks.

They were on their way to a different call, Pineda said, when the urgent report of a man trapped in a flaming vehicle came in. Because they were the closest unit, they responded to the fire instead. They could already see fire and smoke before they pulled into the parking lot. 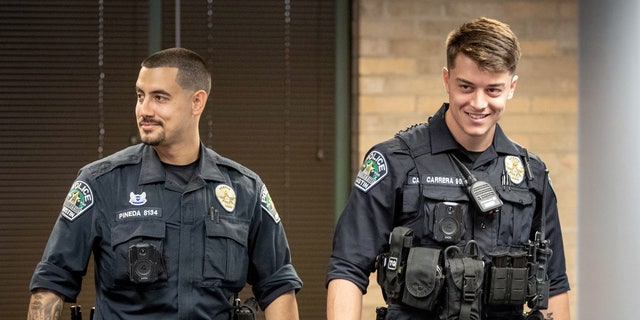 Austin police officers Eddie Pineda, left, and Chandler Carrera arrive at a news conference at the Austin Police Department headquarters on Wednesday May 26, 2021, to speak about their experience of saving a man from a burning truck. (Jay Jannar-USA TODAY NETWORK)

The first thing they noticed was the heat radiating off the flaming vehicle.

“It was hot,” Carrera told Fox News. “That’s what I said on the video. But not really a whole lot goes through your mind. You just see what you have and deal with it as it comes.”

The videos show Pineda sprinting out the car’s passenger seat toward the burning truck.

“Get that extinguisher,” he tells Carrera, hopping out before the car is fully stopped.

He’s the first to reach the burning, smoking vehicle, and the videos show flames spreading across the undercarriage.

“He’s still in it!” a man can be heard shouting as the officers arrive.

Pineda tries the door latch and grunts an expletive – it’s locked and hot the touch. So he whips out his baton, shatters the driver-side window and orders the driver out, only to realize the man is unconscious, covered in burns, in the front seat.

Carrera sprays the fire extinguisher, but Pineda asks for his help freeing the victim. The two wrestle him out of the car and drag him away, where they realize he’s having a seizure.

An explosion is heard off camera, and the next time the pickup is visible, flames are leaping out of the bed of the truck. Within another few seconds, Pineda tells dispatch “the vehicle’s completely engulfed.”

The victim apparently suffered a medical emergency in the driver seat after backing into the parking spot – with his foot on the gas. The tires spun in place until flames burst out.

The heroics come amid rising anti-police sentiment across the country and calls to defund the police – even in Austin, where city council voted to slash over $20 million from the police department’s budget last summer. But the officers doubled down on their dedication to protecting and serving their community.

The officers were both named the city of Austin’s employees of the week and awarded chief’s coins. 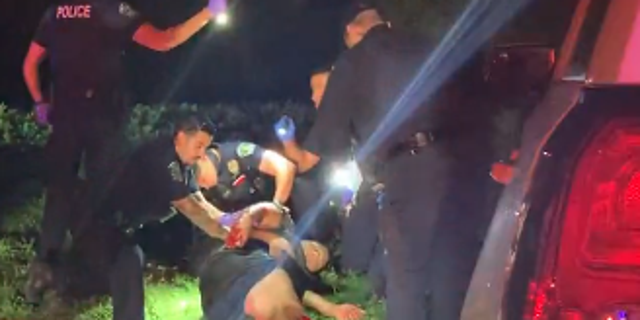 And after their photos appeared in the Austin American-Statesman newspaper – they became the toast of the town, with female fans quipping in comments on the outlet’s Instagram how attractive they thought the officers were.

For the record, Carrera, the former NCAA Division I football player for the University of North Alabama, is still single. Pineda said he is engaged.

“We’re not used to it,” Pineda said of all the attention. “We don’t like it.”

The way they see it, they were just doing the job they signed up for.

“We do what we do because, like every other police officer, we want to serve the community,” Pineda said. “We’re here to help. Doesn’t matter, any situation where we get called, we’re gonna show up and do what we can to help those who call, because they need the help.” 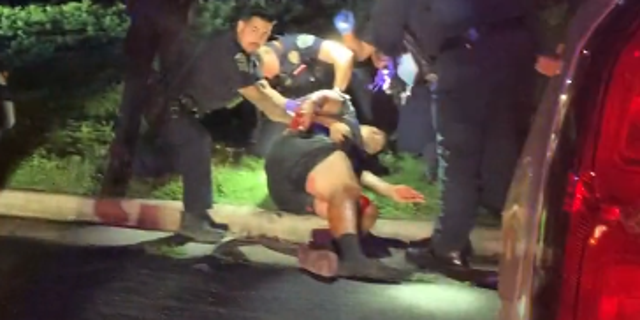