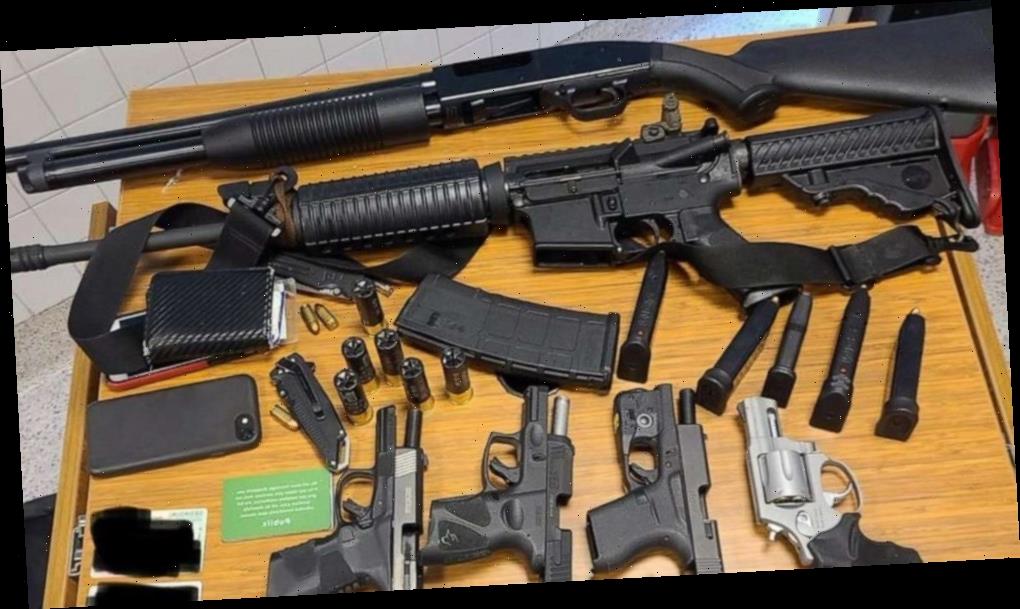 Two days after 10 people were murdered at a grocery store in Colorado, a man was arrested at an Atlanta supermarket with a semiautomatic rifle, a shotgun and four handguns. The man also was wearing body armor and had a cache of ammunition, according to police.

Atlanta police identified the suspect as Rico Marley, 22, and said he’d been charged with reckless conduct.

The incident happened at about 1:30 p.m. when a witness saw Marley allegedly enter the Publix grocery store’s bathroom with a cache of weaponry. The individual called police and the suspect was arrested when he left the bathroom, law enforcement said.

No shots were fired and no one was injured in the incident.

“At Publix, the safety of our associates and customers is our priority,” the grocery store said in a statement about the incident. “We are cooperating with local law enforcement on an incident that occurred earlier today in our Atlantic Station store. We are thankful that there were no injuries, and all were able to exit the store safely. The store is currently closed. Additional questions should be directed to the Atlanta Police Department.”

Charles Russell, who saw the man in the bathroom, told Atlanta ABC affiliate WSB that he immediately notified workers at the store.

“I saw an AR-15 and I was like … you know, this kind of startled me, again with the events that just recently happened in the grocery store up in Colorado,” Russell said. “I went to the clerk at the customer service desk working at the time and let them know. It wasn’t acted upon right away. It was actually taken a little more lightly than I thought it would be, especially with the recent events.”

Not only were 10 people killed at a King Sooper grocery store in Boulder, Colorado, on Monday, but eight individuals were killed in the Atlanta area last week in shootings at three spas. Robert Aaron Long was arrested and charged with eight counts of murder in those shootings.

Marley is being held at Fulton County Jail.

ABC News’ Will Gretsky and Darren Reynolds contributed to this report.