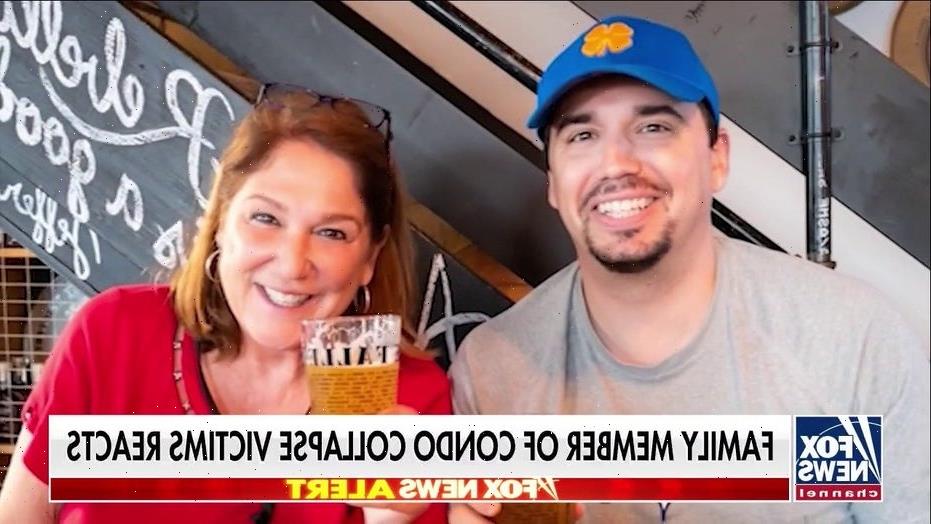 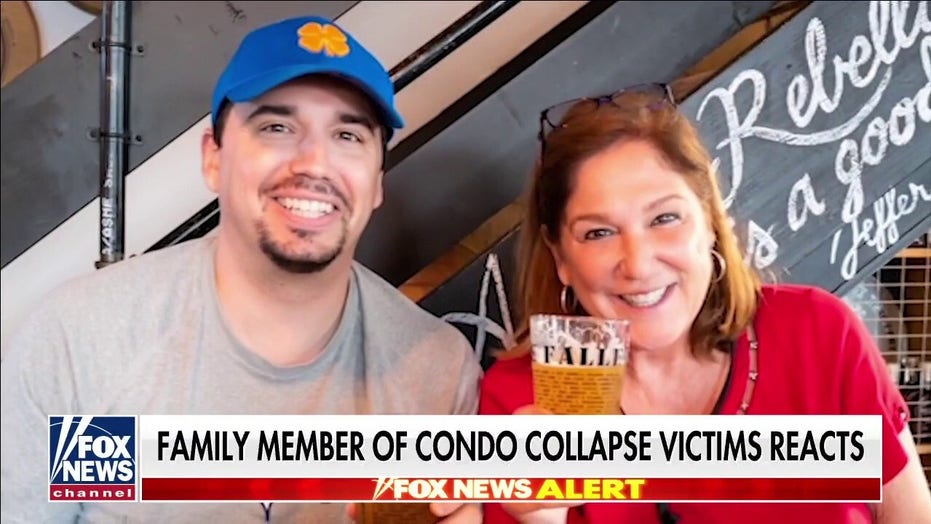 A powerful mudslide carrying a deluge of black water and debris crashed into rows of houses in a town west of Tokyo following heavy rains on Saturday, leaving at least 19 people missing, officials said.

As many as 80 homes in Atami were completely buried, according to an official with the Fire and Disaster Management Agency.

The official said more people, possibly 100, could still be missing under the mudslides but warned that details were not immediately clear. The official, who spoke on condition of anonymity as is often policy at Japanese bureaucracies, stressed that aggressive rescue operations were underway to find survivors. 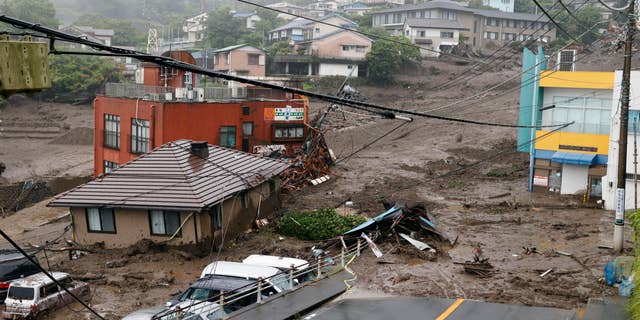 This photo shows buildings damaged by a mudslide at the Izusan district in Atami, west of Tokyo, Saturday, July 3, 2021, following heavy rains in the area. The mudslide carrying a deluge of black water and debris crashed into rows of houses in the town following heavy rains on Saturday, leaving multiple people missing, officials said. (Kyodo News via AP) 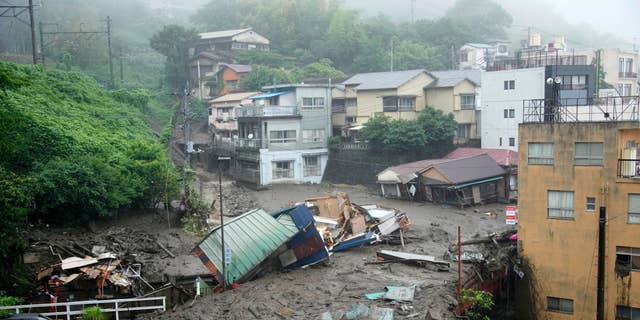 Public broadcaster NHK earlier gave the number of missing people at 20, but Shizuoka prefecture spokesman Takamichi Sugiyama said the prefecture confirmed at least 19, although he said the number may grow.

Torrential rains have slammed parts of Japan starting earlier this week. Experts said dirt had been loosened, increasing landslide risks in a country filled with valleys and mountains.

The landslides appeared to have struck multiple times, about as fast as a car. Footage showed a powerful, black mudslide slither down a mountain, knocking over and crushing houses and sweeping away cars in its path. Helpless neighbors watched in horror, some recording on their phones.

NHK TV footage showed a part of a bridge had collapsed.

Shizuoka Gov. Heita Kawakatsu told reporters that the Coast Guard had discovered two people who had been washed into the sea by a mudslide. Their hearts had stopped, but their deaths were not yet officially declared, he said. Other details of their identity were not released.

“I offer my deepest condolences to everyone who has suffered,” he said, adding that utmost efforts will be made to rescue lives.

Kawakatsu and other officials said it had been raining hard in the area all morning. Self-defense forces have joined firefighters and police in the rescue operation, and officials from the national government have also arrived, they said.

Prime Minister Yoshihide Suga called an emergency meeting for his Cabinet and instructed the task force to push ahead with rescue operations while guarding against more such disasters.

Evacuation warnings were issued for a wide area, including the so-called “Level 5,” which is the highest possible alert, affecting more than 35,000 people.

Atami is a quaint seaside resort area in Shizuoka prefecture, about 100 kilometers (60 miles) southwest of Tokyo. The area that was hit by the mudslide, Izusan, includes hot springs, residential areas, shopping streets and a famous shrine.