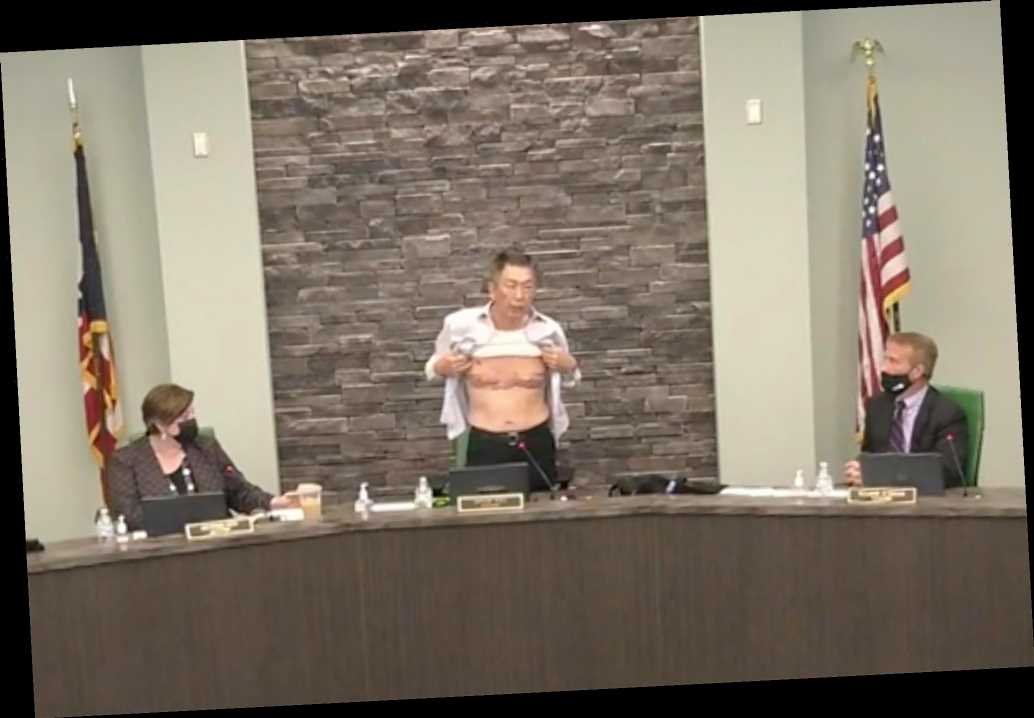 Jay Leno apologizes for past anti-Asian jokes: ‘I knew it was wrong’

An Asian American politician and US Army veteran removed his shirt at a local board meeting this week to prove his patriotism.

“Is this patriot enough?” Lee Wong asks, as he stood and opened his white-collar shirt at a West Chester Township, Ohio, Board of Trustees meeting Tuesday night, showing wounds he said he suffered in his service.

Wong, a Republican who ran for the Ohio state senate last year, told Fox 19 Now that he has suffered incidents of discrimination since coming to America at age 18 in the 1960s to attend college.

He was attacked in Chicago for being Asian soon after arriving, an incident which “put me in the hospital,” he said.

Still, “I went deliberately in the Army to learn about Americanism and democracy,” Wong told the Cincinnati Enquirer this week.

The incidents of racial discrimination have continued, even after his 20 years of military service. He told Fox 19 that while campaigning people would tell him he didn’t look American enough.

“When someone comes up and says that to me, it’s like a stab in my heart,” he said.