Acting police commissioner David Manning said in a statement that O'Neill had been found at Port Moresby's Crowne Plaza Hotel on Tuesday morning but he had so far refused to co-operate.

The warrant was issued on Friday but Manning said he could not go into detail due to the sensitivity of the investigation. 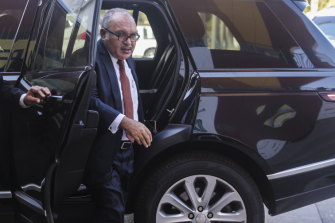