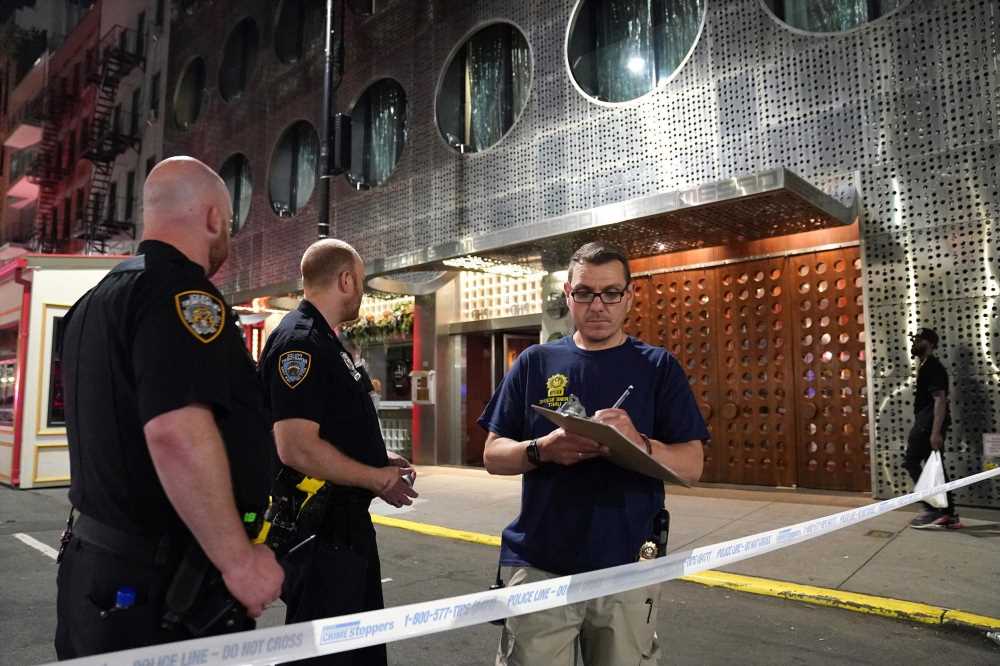 Louisiana rapper shot dead by members of a rival group

A 26-year-old man has been busted in connection to the fatal shooting outside the Dream Hotel in Manhattan last week, cops said Monday.

Robert Johnson was arrested in North Babylon by the NYPD Regional Fugitive Task Force and Suffolk County Police Department Saturday and charged with murder, assault and criminal possession of a firearm.

Johnson is accused of gunning down 25-year-old Byron Morales, of Brooklyn, in front of the posh Chelsea hotel, the Dream Downtown, around 12:20 a.m. last Thursday, police said.

Morales and his twin brother were in the area, possibly to have dinner at Tao Downtown Restaurant, sources said at the time.

The shooting was sparked by some unknown dispute between Morales and Johnson and may have been gang-related, cops said. Johnson and other men took off in a Jeep.

Sources said Morales was a member of the Outlaws street gang.